On May 9, 1763, the Native Americans looked to take over Fort Detroit from the British Army. This was all during the Pontiac’s Rebellion, which was a Native American uprising against their British superiors. The man leading the charge, Pontiac, was an Ottawa chief and military leader for his tribe. Leading the British was Maj. Gen. Henry Gladwin followed by British officer Donald Campbell, who died during this attack. It ended in a British victory, but the rebellion would lead to a stalemate for both sides until the American Revolution. 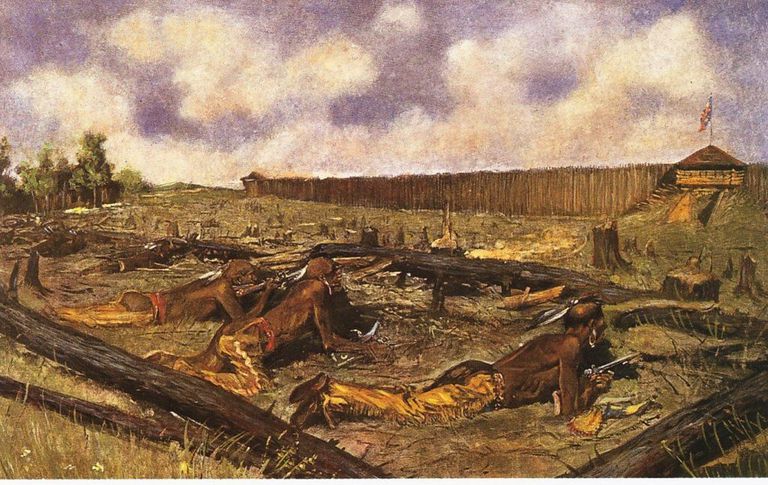 Pontiac's army and British army clashing at the Battle of Bloody Run. 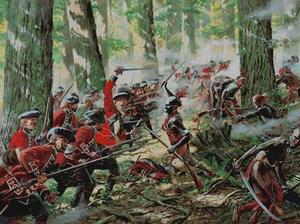 Leader of the rebellion, Pontiac, and other natives meeting with British military officers 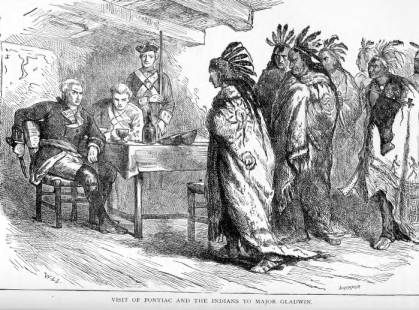 The Pontiac’s Rebellion began when the leader of the Ottawa Indian tribe, Pontiac, led a band of Native Americans to attack Fort Detroit and seize it for their own purposes. The French had deserted Fort Detroit which left it in the hands of the British. British forces did not support the Native Americans as the French had creating tension and turmoil between the Natives and the British. A war council was devised in April to create the initial plan of attack and plan out routes. The attack was initiated on May 9th, 1763.

Pontiac originally planned to have all Native American tribes work together for the downfall of the British. When the plan was to take place, not all tribes were eager to displease the British. The Ottawa, Potawatomis, and Huron tribes were the only ones who came together with Pontiac to plan the attack on Fort Detroit. As the attack was being planned, those who did not join Pontiac’s side quickly gave over vital information to the British of Pontiac’s plans. Pontiac gathered the tribes for the assault on Fort Detroit and once again those who did not support the attack would inform the British that the Natives were coming. It is estimated Pontiac brought with him over 300 men from several tribes to attack the Fort.

As Pontiac and his men attempted to enter the Fort with their weapons, the British had used the information they received and quickly prepared their defenses cancelling a surprise attack by the Natives. The British also had more advanced weapons which gave them the edge in the fight. Pontiac’s army quickly retreated as they were no match for the British. Supplies and aid for Fort Detroit attempted to make way, but almost always was captured by the Native Americans. During the fight, the Indians managed to kill one of the leading British officers named Donald Campbell. This further tensions between the sides as the British would make their way for Pontiac’s camp in order to end this war.