The Skidmore Fountain was installed in 1888 in Ankeny Plaza, the commerce and entertainment center of its day. Brewer Henry Weinhard offered to pump beer from his brewery via Portland’s fire hoses through the pipes of the Skidmore Fountain for the fountain’s grand opening. Weinhard’s generous offer was vetoed by nervous civic leaders, who feared that residents will help themselves to the beer before it reached the fountain by poking holes in the city’s valuable fire hoses. The 14-foot-tall mixed bronze and granite fountain may look ornate, but its purpose was practical: to quench the thirsts of Portlanders and their animal companions. A mid-1980s restoration preserved the square and assured a future for the fountain, which is Portland’s oldest piece of public art. 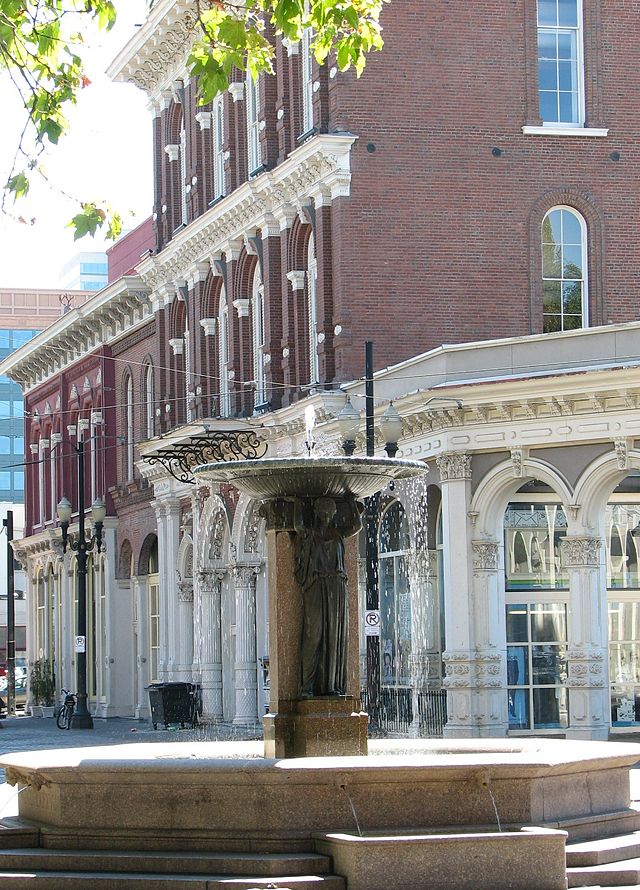 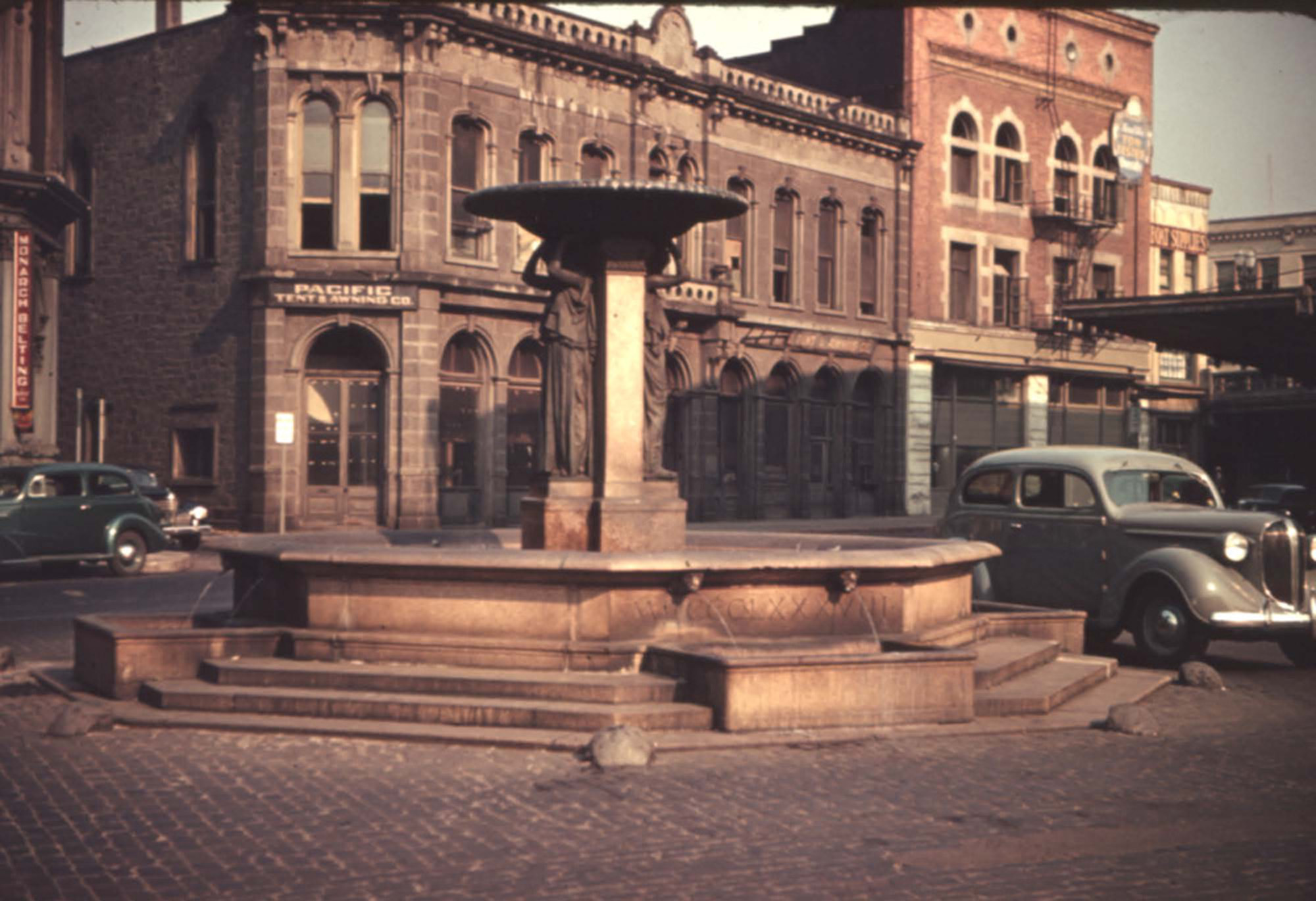