The Klan Marches on Washington, 1925

The Ku Klux Klan was formed to intimidate former slaves and prevent them from exercising their right to vote following the Civil War. In 1915, white men and women formed a second Klan because they feared that the growing numbers of African Americans, recent immigrants, Jews, and Catholics threatened their interests. Membership in the second Klan peaked in the early 1920s with an estimated three million members. By 1925, however, the Klan was in decline. Hoping to show their continued relevance, forty thousand members of the Klan marched down Pennsylvania Avenue on August 8, 1925.

The 1925 Klan parade, looking southeast down Pennsylvania Ave towards the Capitol. The tall tower on the right is the Old Post Office. 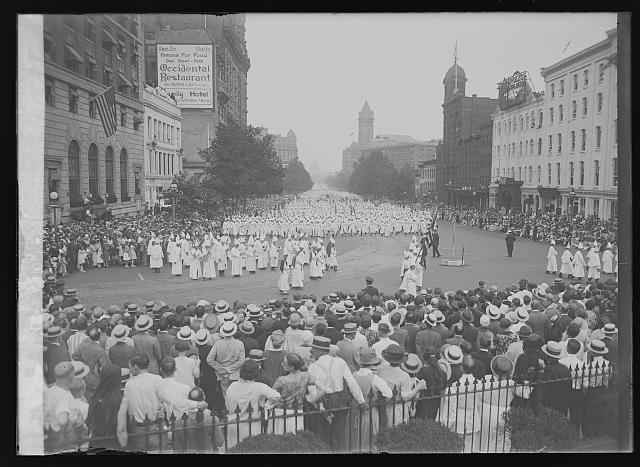 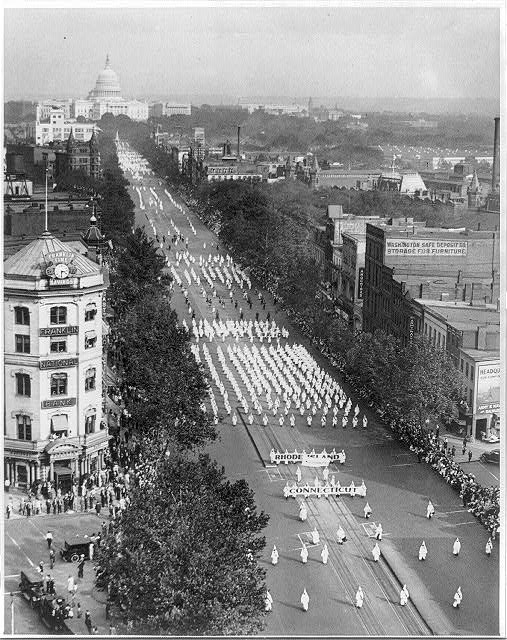 The ground-level and aerial photos of the parade looking from Freedom Plaza towards the Capitol is from the Library of Congress. http://www.loc.gov/pictures/resource/ppmscd.00046/?co=npco