Universal Pictures is the oldest existing major American movie studio. Founded in 1912, the studio relocated from the east coast to its current home in an unincorporated area called “Universal City.” Its diverse backlots on 400 acres of property earned it the nickname it still carries today: The Entertainment Capital of Los Angeles. Famous for serials in the 1920s and horror movies in the 1930s, Universal now creates content across a variety of platforms and genres.

The Universal logo as a statue at their studios.

The gates to Universal Pictures Studios. 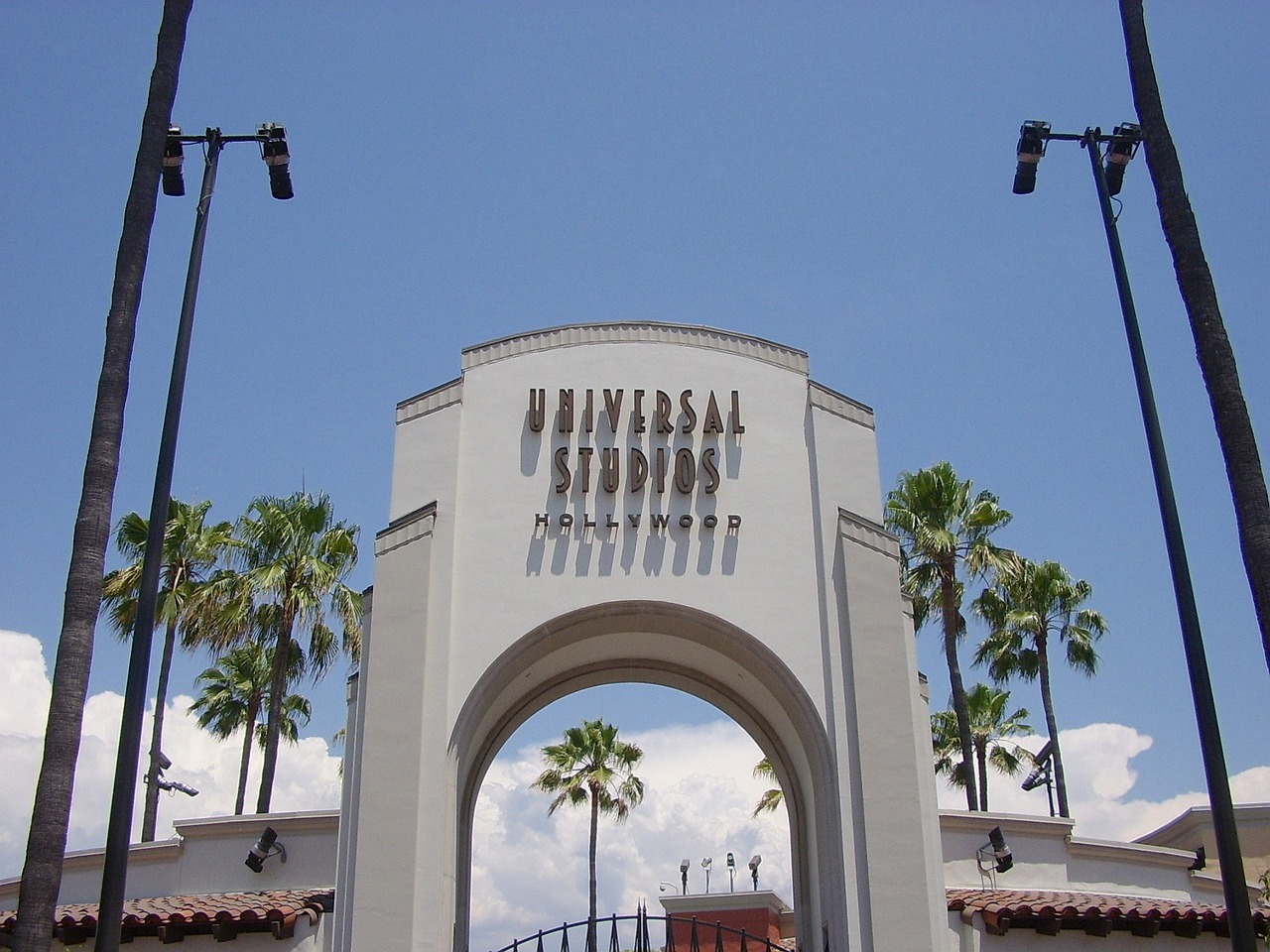 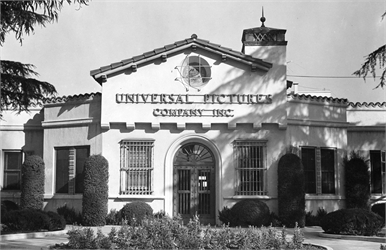 Thirty-nine-year-old Carl Laemmle entered the movie industry in 1906 as the owner of a nickelodeon in Chicago. In 1909, he founded the Independent Motion Picture Company, which created and distributed motion pictures. That company would join several others in becoming the Universal Film Manufacturing Company in 1912. Laemmle was voted the studio’s first president. New studios were built in Fort Lee, New Jersey (at one time the movie capital of the United States) in 1916. When Universal decided to base its production in California, the company bought 230 acres of land in the San Fernando Valley. “Universal City” was the first self-contained filmmaking community, boasting five-hundred residents including stuntmen and workers.

Throughout the 1920s, Universal released films across a range of genres, such as the romance Showboat and the drama/ horror film The Phantom of the Opera. In 1930, Universal’s movie All Quiet on the Western Front won Best Picture at the Academy Awards ceremony. That decade also saw the emergence of the Universal Monsters films and Laemmle’s retirement in 1936. The studio was then sold to the Standard Capital Company. In the late 1940s, Universal merged with International Pictures and won Best Picture again, this time for Hamlet. Universal expanded its lot by purchasing one-hundred fifty more acres in 1950. Decca Records then bought Universal-International in 1952.

Many changes came to the studio during the 1950s and 1960s. For one, the traditional studio system disintegrated after the landmark de Havilland Decision of 1948. Without stars under long-term contracts, studios had to rethink their structures. Television also boomed in popularity, becoming a threat until Universal began producing television shows like Leave it to Beaver and Alfred Hitchcock Presents. The studio had another big hit with Hitchcock in 1963, The Birds, and also struck gold with the rom-com pairings of Rock Hudson and Doris Day. Universal merged with MCA in 1962 and was later purchased by the Music Corporation of America in the 1970s.

Since then, Universal has changed hands many times. Most recently, NBC and Universal merged in 2004. Comcast then bought part of the company in 2011, partnering with General Electric. They bought GE out in 2013, becoming the sole owner. Recently, Universal has put out such successes as Parks and Recreation, Jurassic World, and the Despicable Me franchise. They also expanded into the world of amusement parks. Universal gave tours until the advent of sound prevented guests from walking through lots during filming. Tours resumed in 1964 and added attractions based on movies such as Jaws and King Kong along the way. Today Universal owns four theme parks in the U.S. and Asia.