This monument, like many of the other abandoned buildings at Midway, was constructed after World War II. Naval Air Station Midway Island is about 1,100 miles northwest of Pearl Harbor and is best known as the home of small US Navy facility that the Japanese attempted to conquer and occupy during the Battle of Midway. With the US victory in June, 1942, Midway became a turning point in the war in the Pacific when US forces sank four Japanese aircraft carriers. Naval Air Station Midway Island was in operation from 1941-1993 and was very important center for aviation and communication. NAS Midway had significant damage during the attack on Pearl Harbor as well as the Battle of Midway. Midway Atoll consists of two islands, Sand and Eastern. Most of the islands were airfields and the islands were surrounded by coral reef.

The Navy Memorial surrounded by wildlife 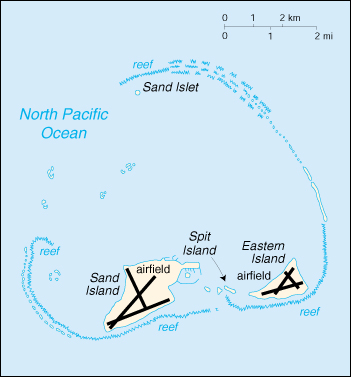 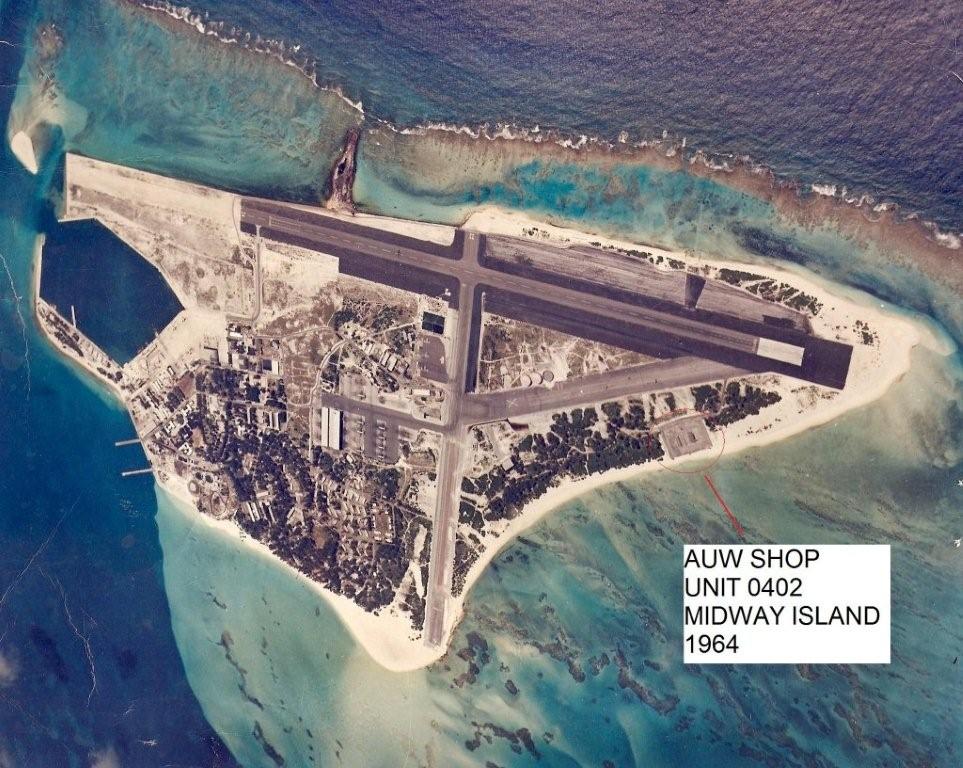 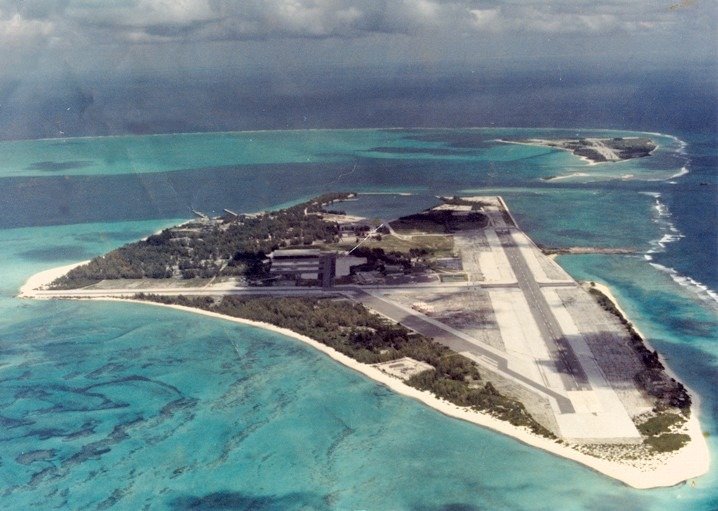 Before Naval Air Station Midway was commissioned, a marine unit was garrisoned on Midway between 1904 and 1908. After World War I, the United States, France, Italy, Japan and Britain had signed the Washington Naval Treaty of 1921-1922, which had a provision that the United States would not establish any naval bases in the Pacific. Marines still conducted exercises on the island. In 1935 Pan American Airways had negotiated rights to be able to set up a seaplane base and be able to land its China Clipper flying boats on the atoll. The very first China Clipper flew from San Francisco to Manila with a stop on Midway Atoll.

Naval Air Station Midway Island was under the command of PACNAVFACENGCOM, which stood for Pacific Naval Facilities Engineering command and was established in August 1941. That same year on Dec. 7, Naval Air Station Midway Island was attacked by Japanese ships, which was part of the bombing of Pearl Harbor. The next devastation was the Battle of Midway which it damaged most of the base. During the battle, a Navy aircraft carrier had sunk four Japanese ships.

The island needed to be bigger, to do that they had to use the landfill technique. Many planes used the airfield to stop and fill up before heading into a war zone. After the war, the islands became a ghost town. The Naval Air Station was disestablished in August 1950. It changed its name to become a Naval Air Facility Midway. It was only for a deployment site for the Navy EC-121 aircraft that were performing missions.

The Naval Air Station Midway was decommissioned in 1950, but was then recommissioned during the Korean War, which was then downgraded to a Naval Air Facility in 1978. Even though the navy still had jurisdiction of Midway, the island became a National Wildlife Refuge in 1988. The Naval Air Facility closed in 1993. The Department of the Navy and the Department of the Interior signed an MOU, which is a Memorandum of Understanding, May 1996, transferring NAF Midway to the U.S. Fish and Wildlife. The Navy finally left Midway Atoll on June 30, 1997. Midway Atoll is a part of Papahanaumokuakea Marine National Monument.