The Puget Sound Navy Museum is one of ten museums funded and administered by the U.S. Navy. With the Naval Undersea Museum (NUM) in Keyport, WA, it forms Navy Museums Northwest (NMNW). NMNW is a unit of the Naval History and Heritage Command with headquarters in Washington, D.C.

The Puget Sound Navy Museum is housed in historic Building 50, which was built by the U.S. Navy in 1896 to serve as the first Administrative Headquarters for Shipyard Commandants. Credit: The Sextant 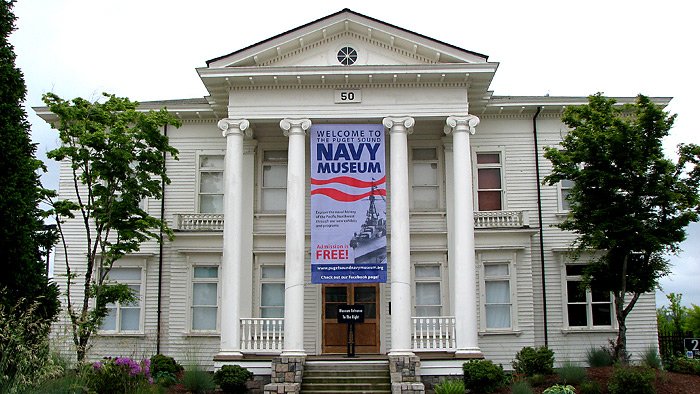 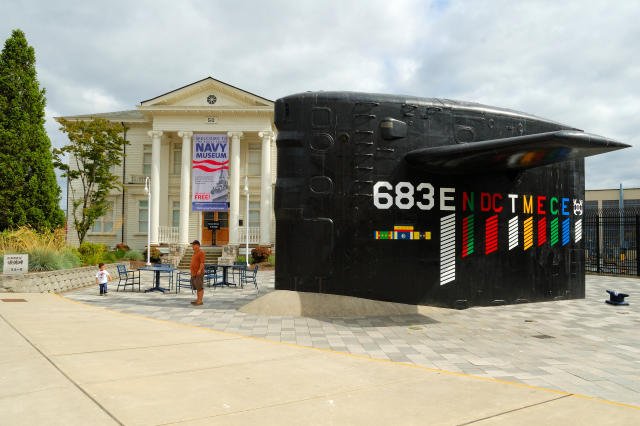 The Puget Sound Museum began operation as a not-for-profit on December 3, 1954. Named the Puget Sound Naval Shipyard Museum, it was established by the U.S. Navy.

In 1964, the Museum found a new home the Washington State Ferry Terminal’s lobby. The City of Bremerton accepted custody of the Museum’s collection, and the Kitsap County Historical Society agreed to staff the Museum. The Museum reopened in 1967 as the Naval Shipyard Museum and operated there until 1986 when the Terminal was demolished. Over six decades, the artifact collection has been moved four times. The Puget Sound Navy Museum reopened in its present location in 2007.

Housed in the historic Bremerton Naval Shipyard Building 50, the museum, focuses on the history of the Puget Sound Naval Shipyard, where naval ships and submarines of the United States Fleet are overhauled and maintained. The maritime history museum is dedicated to collecting, preserving and interpreting the naval heritage of the Pacific Northwest. Visitors can explore the naval history of the region and experience life as a sailor through exhibits about the Puget Sound Naval Shipyard, the USS John C. Stennis, Special Operations Submarines, and much more.

In 1986, the City of Bremerton agreed to lease a 6000 square foot building near the Ferry Terminal. During this time, the Museum was referred to as the Bremerton Navy Memorial Museum as well as the Naval Museum of the Pacific. Volunteers staffed the Museum while the City paid the rent and utilities. In 1998, the City decided it could no longer pay the Museum’s rent, which led the Museum’s non-profit foundation to take over the full operation of the Museum until 2002, when the City decided to raze the Washington Avenue location in order to make room for a hotel and convention center. Negotiations between City officials, former museum foundation Board President Lyle Nelson, and U.S. Congressman Norm Dicks (WA-D) resulted in a decision to create a permanent home for the Museum in historic Building 50. The Museum moved from 130 Washington in 2002 to a rented space in the Amy Burnett Gallery at the northwest corner of Fourth and Pacific Street. It operated there until the summer of 2007 when the collection, offices, and staff moved to the newly renovated Building 50 at 251 First Street.

The Museum officially reopened on August 25, 2007. It was renamed the Puget Sound Navy Museum and became an official U.S. Navy Museum in March of 2008. Beginning with approximately 600 objects, the Museum’s collection now numbers more than 18,000. Building 50 provides the Museum with 6,049 square feet of exhibition space and 4,170 square feet of collections storage. Today, visitors can explore the naval history of the region and experience life as a sailor through exhibits about the Puget Sound Naval Shipyard, the USS John C. Stennis, Special Operations Submarines, and more.