A small plaque designates this Boston brownstone as the former home of U.S. Senator Charles Sumner. Sumner was one of the most influential politicians in the antebellum period and is best remembered today for his opposition to slavery. An abolitionist prior to the Civil War, Sumner became an advocate of full political rights for former slaves after the war. He also called for the redistribution of land after the war, proposing that rebel slave owners had forfeited their property which should belong to the enslaved persons who enriched the planters for generations. In 1856 Sumner delivered what would become his most famous speech, the "Crime Against Kansas.” In this speech, the Boston Senator condemned slavery and its spread to the Kansas Territory as well as the pro-slavery politicians that supported it. In response, Congressman Preston Brooks brutally attacked Sumner on May 22, 1856 in the Senate Chamber. During Reconstruction, Sumner believed that the Southern states were no longer part of the Union and could not rejoin until they followed certain guidelines made by Congress that guaranteed the rights of former slaves. Sumner’s support of equal political rights for former slaves led to the passage of the Civil Rights Act of 1875.

Charles Sumner's dad bought this house in Boston, Massachusetts in 1830 and Charles continued to live here until 1867. 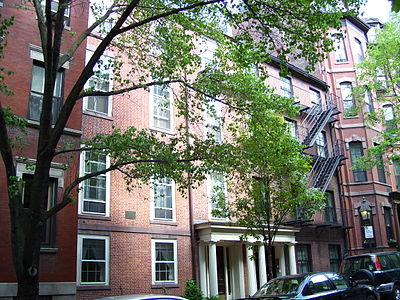 Charles Sumner served in the U.S. Senate as a strong abolitionist and Radical Republican before, during, and after the Civil War. 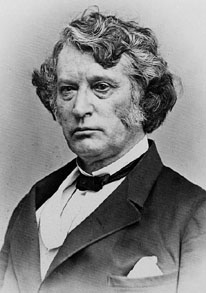 In 1856, South Carolina representative Preston Brooks attacked Charles Sumner with his cane in the Senate Chamber after Sumner gave a passionate speech in which he condemned slavery and those who supported it. 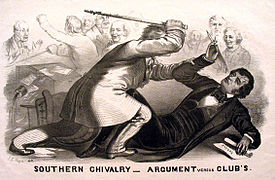 Born January 6, 1811, Charles Sumner became an attorney and served in the Senate where he represented Massachusetts from 1851 to 1874. As a young man, Sumner was a student at the Boston Latin School. An avid reader with a keen mind, Sumner earned a degree from Harvard University in 1830. Sumner furthered his education by studying law at Harvard, completing his studies in 1833. He stayed in Boston and began his law career, but became best known for his antislavery views. In 1848, Sumner helped create the Free-Soil Party, a small political party that opposed the spread of slavery into any new U.S. territory. The following year, he represented African American residents of Boston who sued the city for integration in the public schools in Roberts vs the City of Boston.

After running as a Free-Soil candidate, Sumner became a senator in 1851 and continued to speak out against slavery. In 1855, Sumner supported the Republican Party, a new party formed by members of the former Whig Party who opposed the extension of slavery and resented the disproportionate political power of Southern planters.

In the late 1850s, Sumner was a leading voice of those who opposed the expansion of slavery, an issue that was being debated fiercely in contrast to previous years when the two major parties avoided the issue. The issue was impossible to avoid in 1856 as residents and people around the nation debated whether the Kansas Territory should join the Union as a free or slave territory and state. Not mincing words, Sumner delivered a speech in response to the attack by pro-slavery forces on the "Free State" residents of Lawrence. Sumner decried the "Crime Against Kansas” and also condemned the institution of slavery and its expansion. The Senator also called out proslavery advocates by name, including Andrew Butler, a senator from South Carolina.

Butler was not present on this day, but his cousin Preston Brooks, also from South Carolina, was. Brooks was offended by Sumner’s speech and incensed by the slander made to Butler. Brooks wanted to defend the honor of his family and sought physical vengeance, a trademark of the honor-based culture of the antebellum South. However, he thought so lowly of Sumner that he would not challenge him to a duel. Therefore, on May 22, 1856, Brooks entered the Senate chamber where Sumner was seated at his desk and beat the elderly Sumner with his cane while he was pinned between his desk and chair, which were both nailed to the Senate floor. Another South Carolinian, Laurence M. Keitt, stopped bystanders from ending the attack and Brooks beat Sumner until his can broke; Brooks coolly walked out of the chamber as Sumner lay unconscious.

Sumner never completely recovered from his beating, but after some travelling, he came back to his seat in the Senate in 1859 and continued to hold the same beliefs and push for reform. When the Civil War broke out, he was named chairman of Committee on Foreign Relations and pushed President Lincoln to quickly free the slaves in order to prevent Great Britain from siding with the Confederacy. Sumner was skeptical of Lincoln’s decisions, even saying that the point of the war was to free the slaves while Lincoln said otherwise, but he still worked with the president during the war.

After the war Sumner, fought for equal political and civil rights of African Americans. He believed that the Constitution gave all male citizens the right to vote. He also believed that other civil rights should be guaranteed by the law and hoped to pass laws that would prevent the former planters from defrauding African Americans of the fruits of their labor. Sumner proposed a Civil Rights Bill in 1872, but it did not pass. Sumner persisted and introduced the bill and lobbied on its behalf until it passed, largely as a tribute to the elderly Senator. On March 11, 1874, Sumner passed away after suffering from a heart attack. The Charles Sumner House was built in 1805 and was bought by Sumner’s dad in 1830. Charles lived in the house until 1867.