Naval Air Station Key West is a U.S. naval flight training and operations base located on Boca Chica Key island. It was established in 1917 and its location is ideal for aircrew training. The weather provides excellent flying conditions and the base has access to nearby aerial ranges. A number of military tenants are stationed here as well including the U.S. Coast Guard and the U.S. Army Special Forces Underwater Training School. 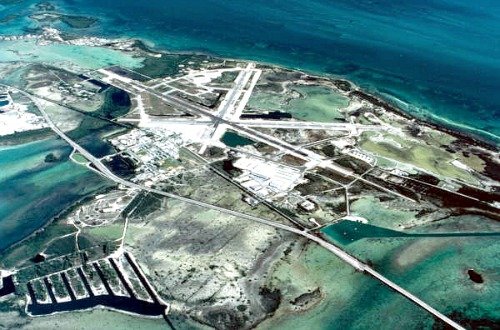 The Blue Angels at NAS Key West about to take off for a show. 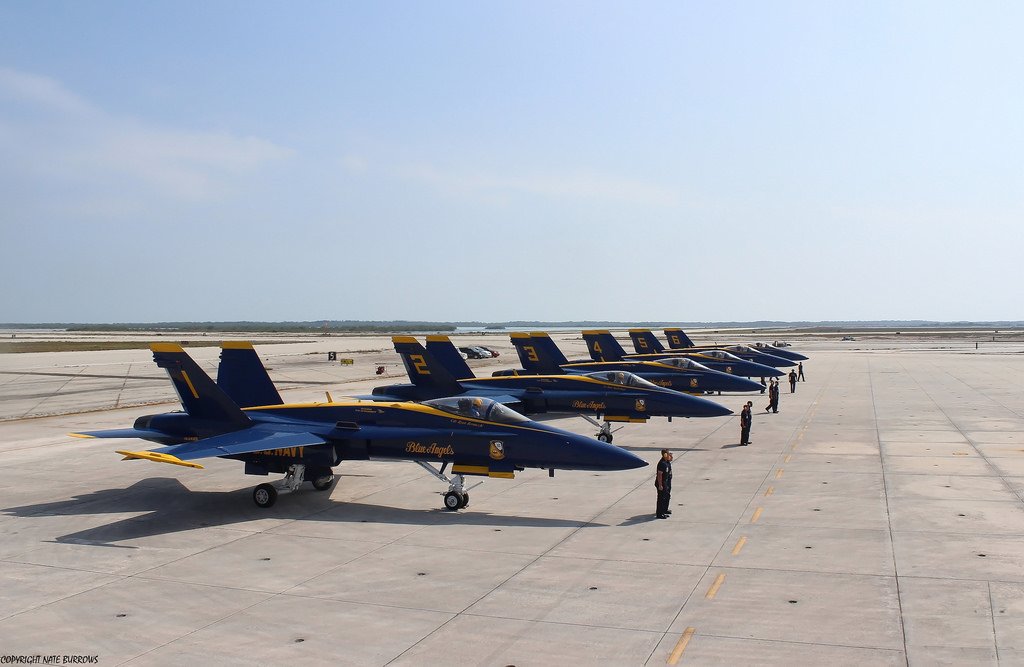 US Marines in a disaster relief effort to delivering supplies to locals after Hurricane Irma. 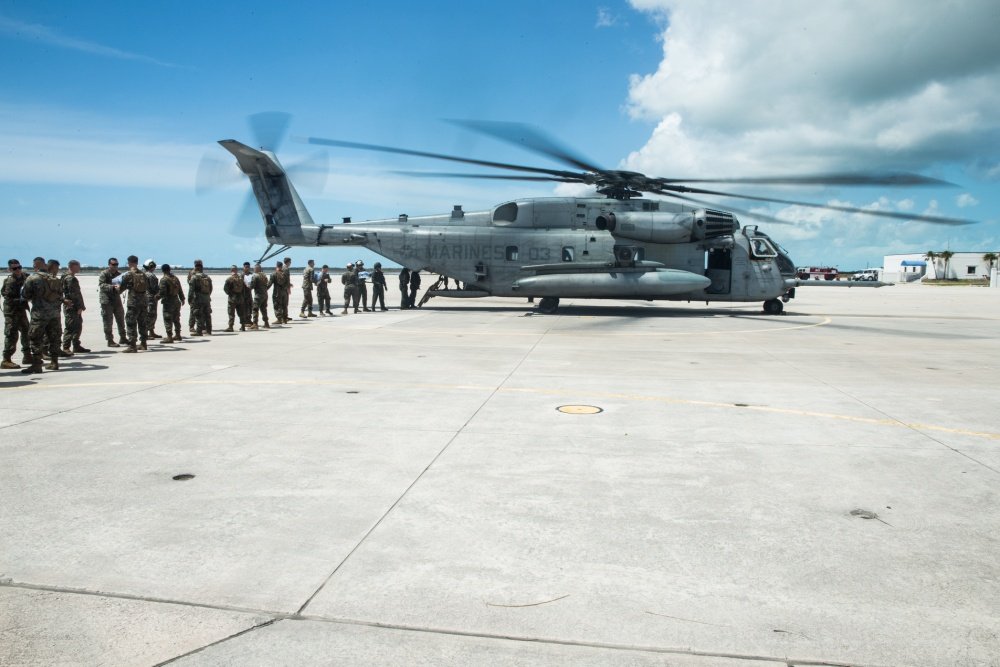 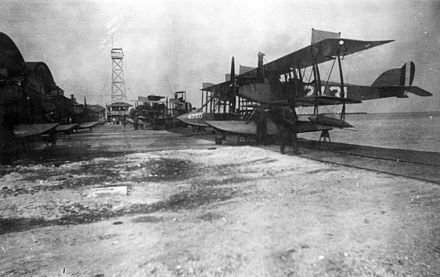 Prior to the establishment of Naval Air Station (NAS) Key West, the U.S. Navy first built a base in the keys to prevent piracy, slave traders, and attacks on U.S. ships in the Caribbean. The base's location enabled the Navy to quickly resupply ships, send reinforcements, and import supplies and labor from the surrounding Caribbean islands. During the Civil War, the Union's stronghold in Key West helped the Navy impose blockades to cut off Confederate resupply lines.

During World War I, the base was commissioned as a Naval Air Station on December 18, 1917. However, the first recorded aircraft to take off from the base occurred three months prior when U.S. Coast Guard Lieutenant Stanley Parker flew a Curtiss N-9 seaplane on September 22. Parker later became the first base Commanding Officer of the station. The station's primary mission during World War I was to stop German Submarines form receiving Mexican oil, which the U.S. needed for its war effort.

The location of the station at the tip of the peninsula proved to be an advantage, as it allowed aircraft to go east into the Atlantic, west into the Gulf, and south into the Caribbean. At the time the frequency of flights leaving the station and favorable weather conditions prompted the Navy to establish the aviation school. More than 500 pilots were trained before the end of the war but it was shut down once the war was over. Most of the land was sold to civilian companies for local development but the air strip remained under government tenure with a small, but still active outpost with only a few seaplanes launching.

The station reopened in 1940 just prior to the United States involvement in World War II. During this time expansion of other bases in Florida were on a rise with the opening and expansion of Naval Air Stations Jacksonville and Pensacola and Eglin Air Force base. The surrounding town of Key West and most of Florida in general saw an influx of US troops and some of their families moving to Florida to aid in the war efforts. This resulted in the development of the surrounding south Florida Monroe County. Again, the base's main mission was to conduct aviation and logistical support to the U.S. and allied forces. This meant that the training of Naval Pilots had to be expedited to fuel the war's demands. After the war, instead of decommissioning the air station the U.S. Navy kept it open as a training base for fleet replacement pilots. The base proved vital again in the Cuban Missile crisis in 1962 when the threat of nuclear war was imminent. Swift reactions of reconnaissance forces launched from the base provided valuable information that potentially avoided nuclear disaster.

Since then NAS Key West remains open to host U.S. Navy, Army, Marine Corps, and Air Force aircraft and allow foreign squadrons to train and operate on its three landing strips. Its peacetime contributions include disaster relief with recent hurricane Irma for South Florida and much of the Caribbean islands. The base has a rich history of Naval aviation with over 100 years of conducting flights and counting. With surrounding museums and air shows frequented by the Blue Angels civilians are attracted to visit NAS Key West and its surrounding city in Monroe County.