Lincoln City Hall is the former seat of the Lincoln, Nebraska city government. The hall was built from 1874-1879 as the U.S. Post Office and Courthouse. When those federal functions moved to a new building in 1906, the building became Lincoln's City Hall. It was superseded as city hall in 1969 when the city government moved into the City-County Building. The Gothic Revival/French Second Empire-styled building was listed in the National Register in 1969 after it was saved from demolition, and is occupied by city and community offices. The four-story Nebraska limestone-faced structure is one of downtown Lincoln's oldest buildings. 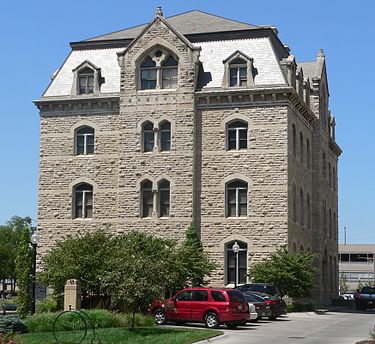 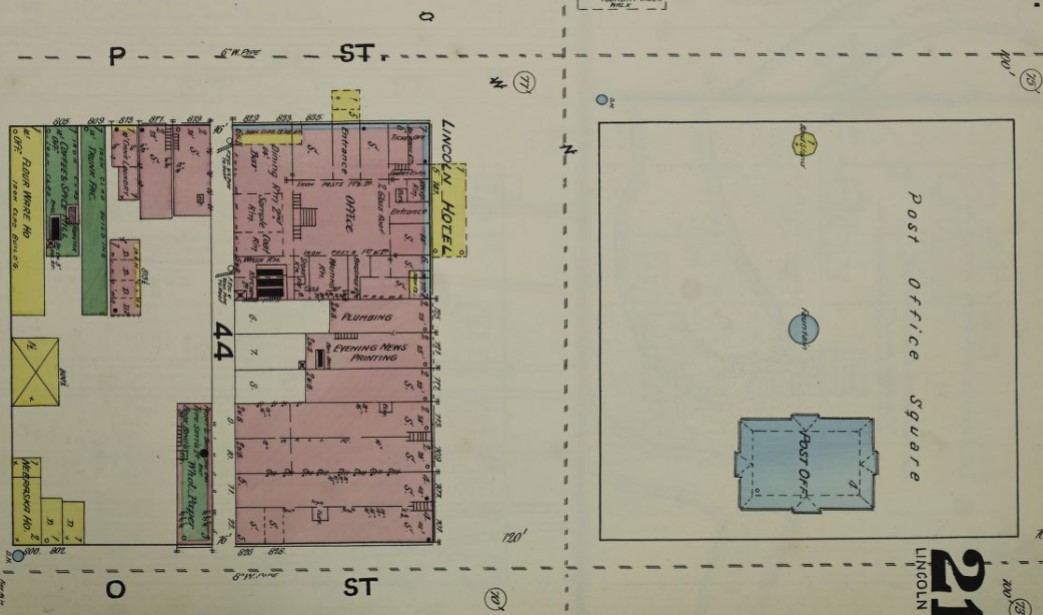 The block where the Old City Hall building was constructed in the 1870s was intended as a market square for the city. The four-story brick building is faced with rough-faced Nebraska limestone with contrasting smooth stone arches and stringcourses. The design combines elements of Gothic Revival and French Second Empire architectural styles. The original architect, Alfred B. Mullet, also designed the Executive Office Building neighboring the White House in D.C. The later architect on the project, William A. Potter, is thought to be the one who contributed the Gothic styling.

The building originally housed a U.S. Post Office and Courthouse, plus a U.S. Land Office, where millions of acres of land were claimed under the Homestead Act. The building was the lone structure on its town map square in the mid-1880s (see the clip of the 1884 Sanborn map), with an artesian well in the rear yard, producing salt water. By the early 1890s, the well was mapped as a stone fountain; a wooden bandstand had been added to the north side of the block, along P Street (see the 1891 Sanborn map clip).

The Old City Hall building served as Lincoln's city hall until 1969, when a newer building became available. The Lincoln/Lancaster County Historical Society worked to have Old City Hall preserved. The Old City Hall building was one of the first listings in the National Register of Historic Places from Lincoln, in 1969. The building was renovated and has been used since as spaces for city agencies and community agencies. The interior had already undergone many alterations since the building opened, but the original cast iron stairways and some of the Gothic-style woodwork remained. Very little had been changed on the building's exterior, except changing some doorways into windows, with compatible materials, and the removal of some iron cresting and some stone cornice brackets.