Simon Arnold opened his tavern in 1861 in a building that once housed a barber shop and a feed store. During Prohibition, Arnold’s added a kitchen and was converted to a café. Though selling alcohol was illegal at the time, folk legends say that Arnold used the bathtub on the second floor to make gin (the tub remains a piece of folklore today). Arnold’s family lived upstairs from the tavern, which was family owned for ninety-eight years until Jim Tarbell bought it and expanded the courtyard to host the first outdoor dining location in downtown Cincinnati in decades. Arnold’s Bar and Grill is now a popular destination and is frequently touted as one of the best dining locations in Cincinnati. 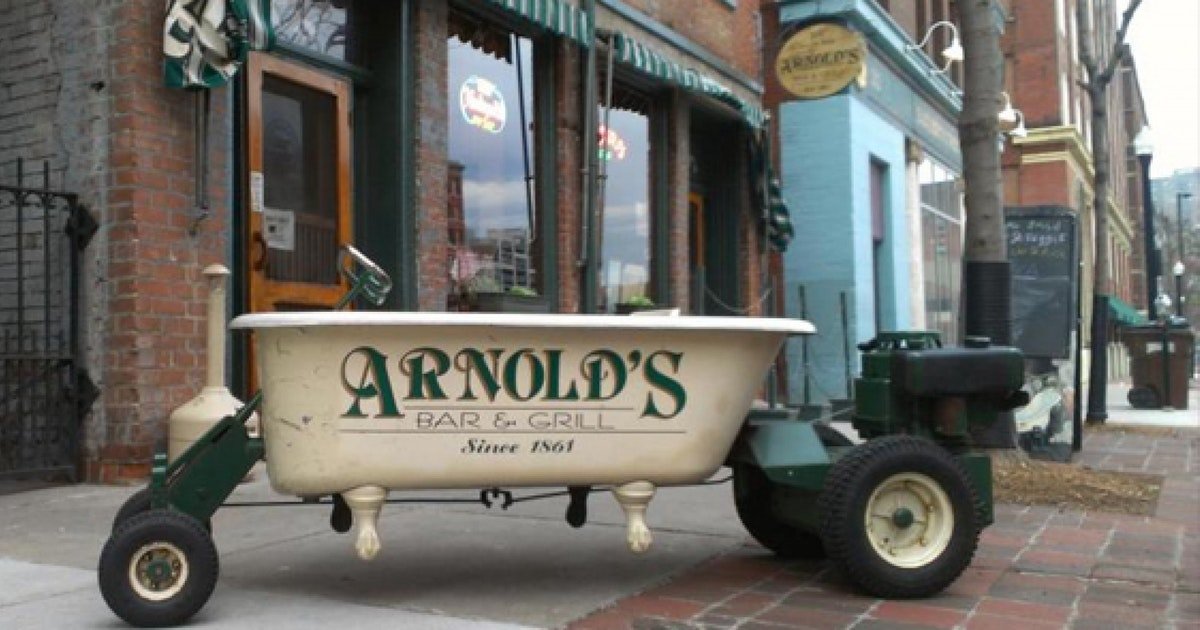 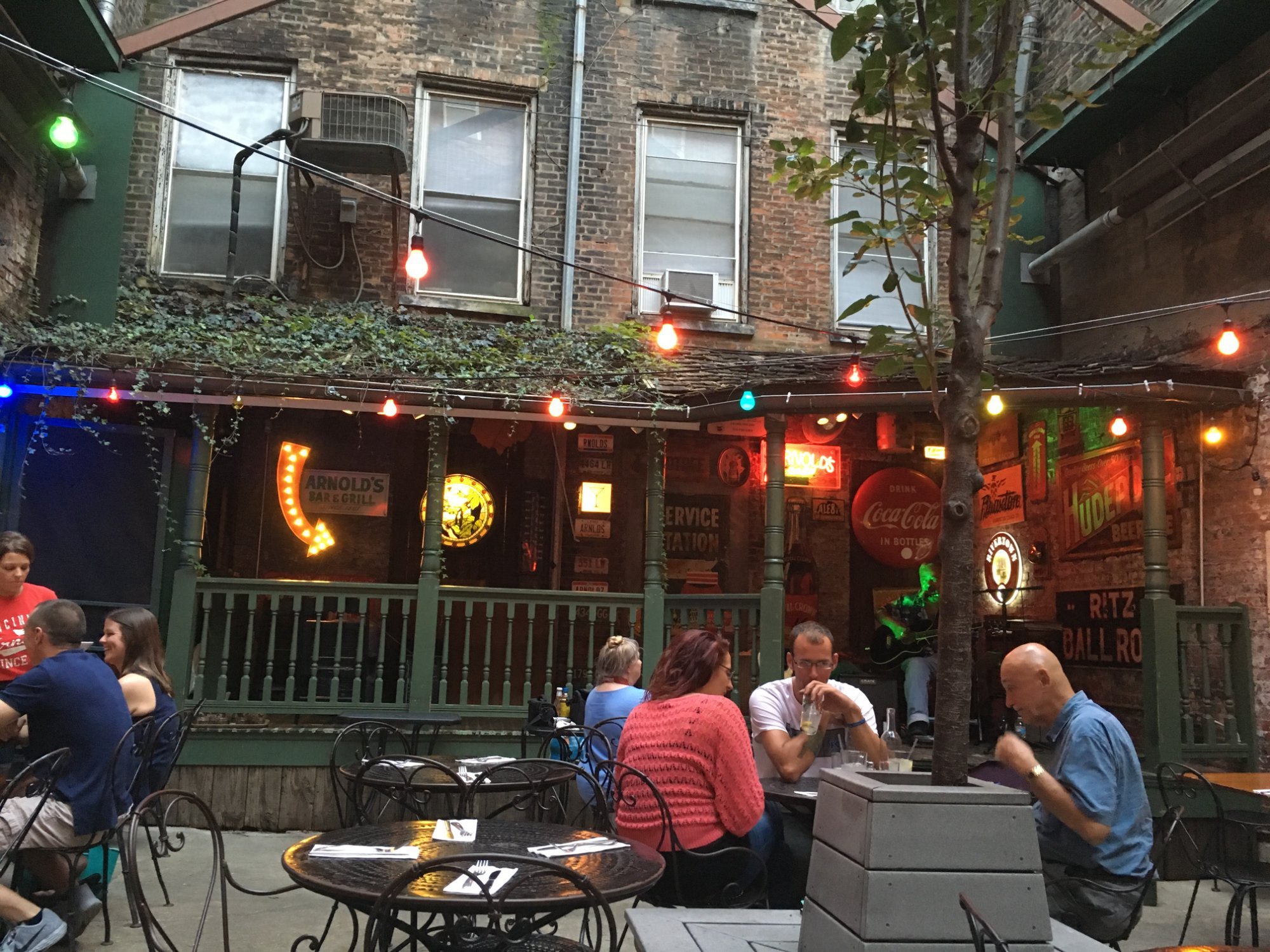 Simon Arnold opened his tavern in 1861 in a pair of buildings that were once a barber shop and a feed store. In 1920, the United States entered Prohibition, which made selling alcohol illegal. As a means to survive in an era where taverns could not sell alcohol, Arnold’s added a kitchen and converted the tavern into a café. The upstairs living quarters became a dining space, and it is rumored that the bathtub on the second floor was used for bathtub gin. The bathtub remains a piece of local folklore to this day.

Arnold’s would remain a family-owned business for ninety-eight years until 1976, when Jim Tarbell acquired the tavern. He added a dinner menu and opened the courtyard to create the first outdoor dining location in Cincinnati in decades. When the courtyard was added, Tarbell built a stage and created a longstanding tradition of having live music every weekend, ranging in style from piano and jazz to folk music and bluegrass. The current owner of the bar is Ronda Androski, who continues to run it as a family business with her son and daughter-in-law.

A popular piece of superstition surrounding the bar is that it is haunted. The owner, employees, and customers have all claimed to either see something they cannot explain or to have the feeling that they are not alone. Some believe that the "ghost" is a former employee who died some years back while others believe that there might be more than one. (Of course, nothing regarding these claims has been proven.)

Arnold’s Bar and Grill is now a popular destination and is frequently touted as one of the best dining locations in Cincinnati. Arnold's won the 2013 awards for "Best Outdoor Dining" and "Best Live Music While You Eat" from CityBeat's "Best of Cincinnati," and placed among the top three for business lunch and overall bars in Cincinnati.  Esquire magazine listed it as one of the top sixteen bars in America in 2013.