The Atlantic Wildfowl Heritage Museum currently operates in the de Witt Cottage. The deWitt Cottage is the oldest structure remaining in the Oceanfront section of Virginia Beach Virginia. Consequently, de Witt Cottage is listed on the City of Virginia Beach Historical Register, Virginia Landmarks Register, and National Registers of Historic Places. In the past, it served primarily as a home for the deWitt family, but today it serves as a museum paying tribute to the natural history of the area, augmenting its historical value. 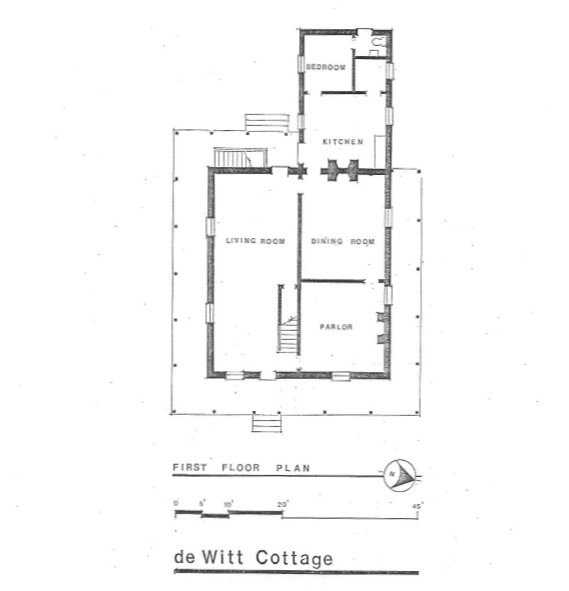 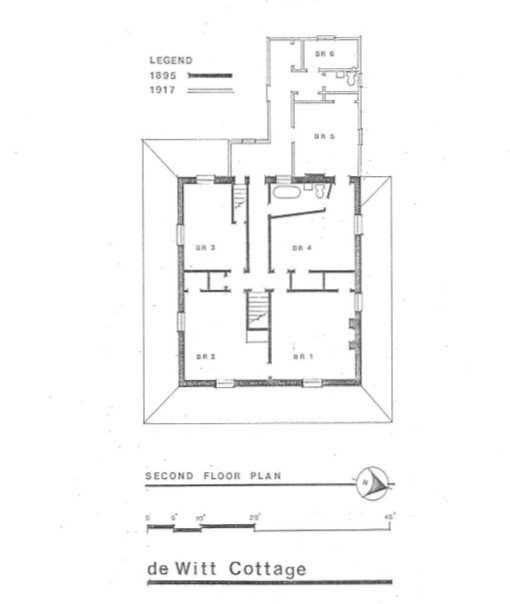 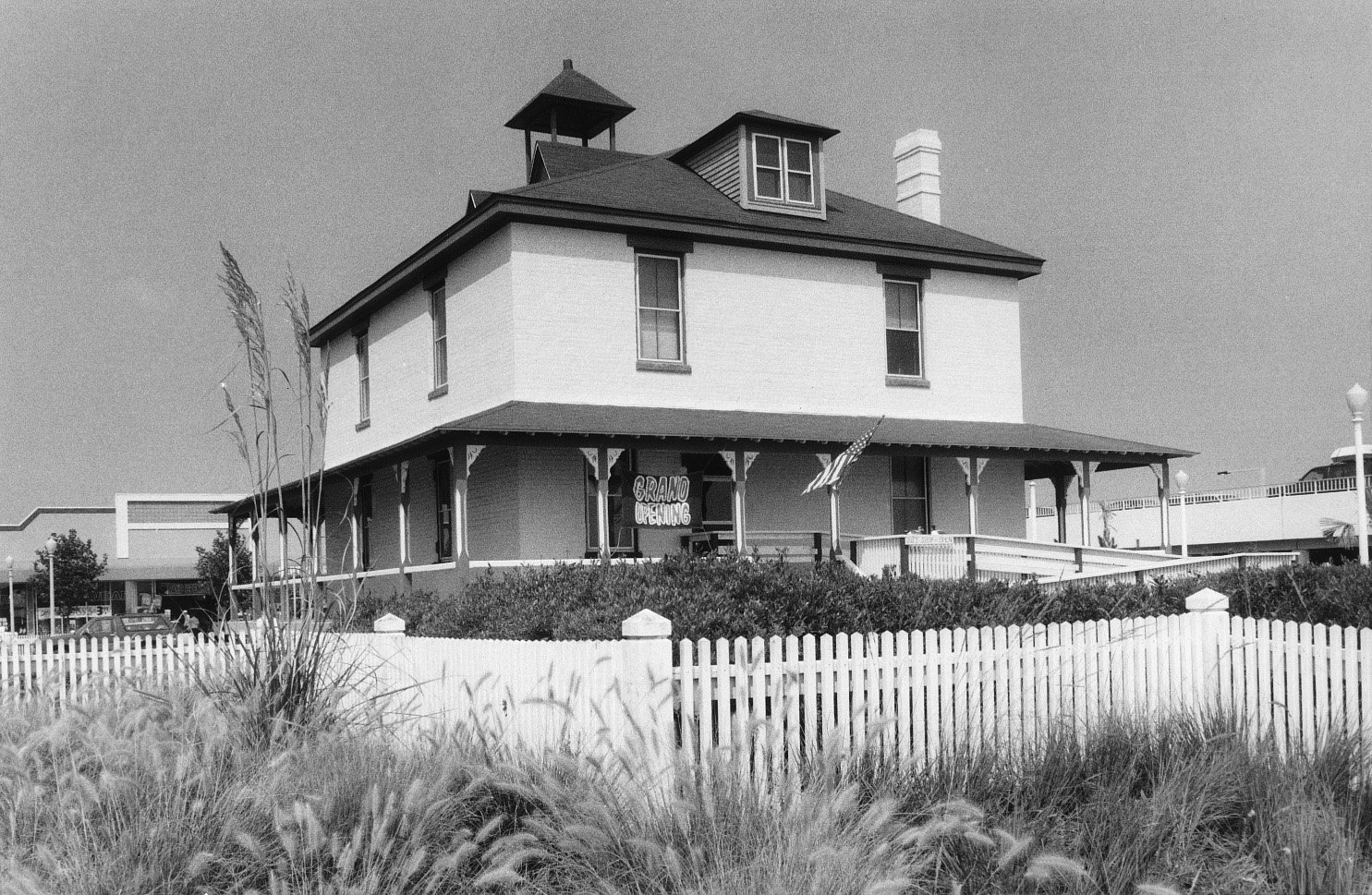 "The Gem of the Oceanfront." Atlantic Wildfowl Heritage Museum. Retrieved from: https://www.awhm.org/our-story.html 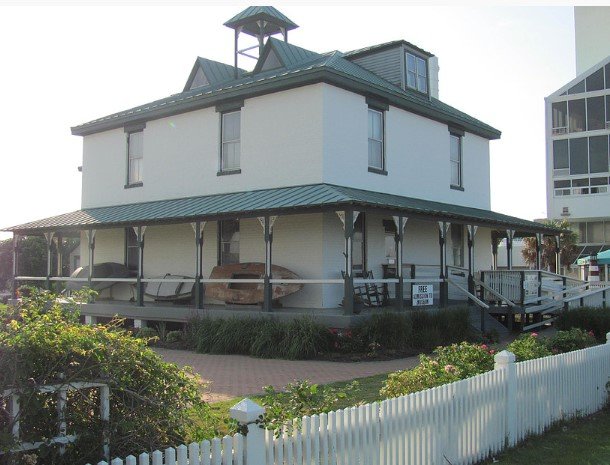 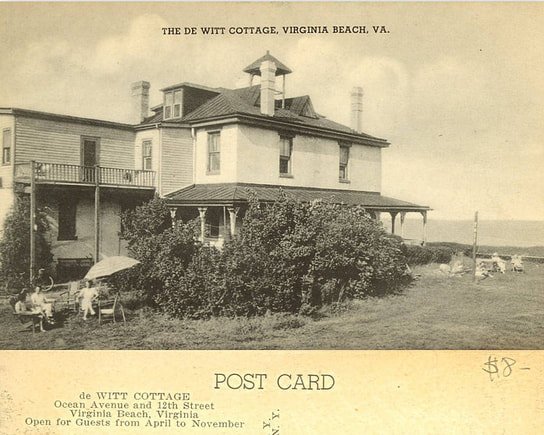 The Story:
The deWitt cottage was constructed  in 1895 by Bernard Peabody Holland, originally referring to it as "The Brick House." Holland would go onto serve as the first mayor of Virginia Beach from 1906 to 1908. Holland later sold the house in 1909 to Cornelius deWitt, who expanded the house to 22 rooms. The deWitt family lived there until 1988. The property was preserved through an arrangement with the Virginia Beach Foundation and the City of Virginia Beach who purchased the property in 1990 and provided an annuity payment to the surviving deWitt sisters.  The Foundation undertook a restoration/rehabilitation project and transferred the title to the City upon completion in 1995.   The Back Bay Wildfowl Guild leased the property from the City and opened the Atlantic Wildfowl Heritage Museum "to fulfill its mission to preserve, perpetuate and exhibit historic wildfowl artifacts, while promoting interest in the wildfowl arts by exhibiting priceless works of indigenous North American wildfowl arts and offering visitors the opportunity to see the carvers in action" (Our Story, 2017).  Visitors may explore and gaze at carvings of various wildfowl and artifacts relating to the hunting, the ecosystems, and history of wildfowl in Tidewater.

Architectural Information:
Made of brick, the Queen Anne styled deWitt cottage is a two story building containing both a basement and an attic. The first floor has a living room, dining room, and parlor with a servant's quarter near the kitchen. The original 1895 deWitt cottage maintained 4 bedrooms and a bathroom on the second floor, but in 1917, the deWitt's added two more bedrooms and a bathroom. In order to prevent flooding in the basement of the cottage, the building was constructed roughly 10 feet above sea level, and the foundation was also backfilled with cinder to keep drainage away from the cottage. Additionally, "The dominant feature of the roof design is the small open cupola located on the south side of the ridge near the center of the building . This was included in the original building as an observatory for wildfowl on the lakes behind the house since the first owner ( B . P . Holland ) was an avid hunter (Newbill, 1988)."