Housed in Historic Armory Square in downtown Syracuse, the Milton J. Rubenstein Museum of Science & Technology offers fun science and technology community education in the form of hands-on exhibits, museum displays, and an IMAX theater. It opened in 1981 as the first hands-on science museum in the upstate New York. It has been located in the armory in since 1992, the same year it adopted its current name. Its exhibits explore a wide range of topics in science, technology, and the natural world. Exhibits include: Paleo: The Story of Life, which explores prehistoric life and features 128 rare fossils; the Earth Science Discovery Cave, which teaches visitors about caves, plate tectonics, and how climate change impacts Central New York; and the Life Sciences exhibit which explores the human body. There is also a recreated early 20th-century pharmacy shop and a rock climbing wall.

The Milton J. Rubenstein Museum of Science & Technology opened in 1981 and moved to this historic armory building in 1992. 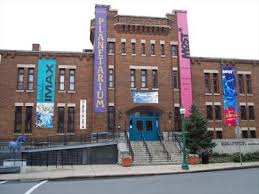