Fort Clark was one of the three major American Fur Company trading posts on the upper Missouri River. The fort was established by trader and American Fur Company employee James Kipp between 1831 and 1832. Kipp chose this location because it was near a Mandan village, and like other fur traders in the region, Kipp depended on trading items with area tribes. This trade could not happen without the river, and in 1832, the Yellow Stone became the first steamboat to journey the upper Missouri and arrive at Fort Clark. The first shipment included 1,500 gallons of liquor and other trade goods and departed with many furs. Although steamboat traffic was important in transporting goods and visitors, it also brought disease. On June 19, 1837, the Saint Peter's steamboat docked at Fort Clark carrying passengers infected with smallpox. The disease quickly swept through the Mandan village, killing approximately 90% of the tribe. The archaeological remains of the earth-lodge village, include a large native burial ground, the foundation of Fort Clark's structure, and the foundation of a nearby trade competitor's fort structure (Primeau's Post), make this historic site a significant place to understand the nature of the fur trade in this region during the early 19th century. 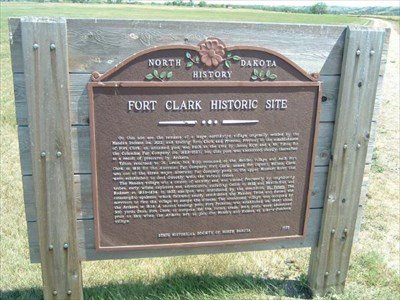 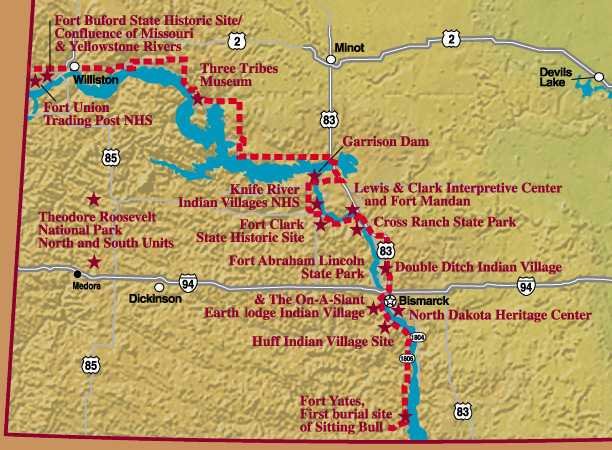 The history of Fort Clark Trading Post begins in the summer of 1822 when the Mandan built a village of earth-covered homes on the west bluffs of the Missouri River at the Clark's and Chardon Creek crossing. The community overlooked gardens tended by village women who grew crops of corn, beans, squash, pumpkins, and sunflowers. Tobacco was the only crop the Mandan men maintained, as they were primarily responsible for hunting buffalo and other game. After the fall harvest, the natives moved to a winter village sheltered in the wooded Missouri River bottom. With the revitalization of spring each year, the tribe returned to plant crops, hunt game, and trade fur and commodities at Fort Clark.

The birth of Fort Clark came in 1830-1831, when James Kipp, an employee of American Fur Company, built the trading post south of the Mandan village in hopes of enhancing trade with the natives. The rectangular fort measured 120 feet by 160 feet and was protected by a palisade. Inside the fort a conventional house was constructed and occupied by the head trader Francis A. Chardon. Between 1834 and 1839, Chardon kept a journal of his life at Fort Clark, which records the avid trade and tragic history of this North Dakota Historic Site.

The first steamboat to journey to the Upper Missouri, the Yellow Stone, arrived at Fort Clark in 1832 and delivered 1,500 gallons of liquor and a variety of trade goods. It returned to St. Louis carrying 100 packs of beaver pelts and bison robes from the fort. Although steamboat traffic was important in transporting goods and visitors to the site, it also brought disease. On June 19, 1837, the steamboat St. Peters docked at Fort Clark carrying passengers infected with smallpox. Soon the disease swept through the Mandan village, killing about 90 percent of the inhabitants. In mid-August, at the height of the smallpox epidemic, the survivors fled to join the Hidatsa near the mouth of the Knife River, abandoning the village at Fort Clark.

Although also devastated by the 1837 epidemic, many of the Mandans' neighbors, the Arikara, survived. In 1838 they moved into the abandoned Mandan village to trade at Fort Clark and to grow their crops. Tragically, an outbreak of cholera in 1851 and another of smallpox in 1856 further reduced their population. The Arikara used the village as their summer home near the local trade-hub until they moved to Star Village near Fort Berthold in 1862.

Free Admission - Open May 16 Through September 15 Modern restrooms, a picnic area, and an observation deck are located at the site. A self-guided tour brochure is available in the on-site Civilian Conservation Corps kiosk

This entry has been edited 35 times.