Vail Depot was built by the Southern Pacific Railroad in 1900 to ship the in-demand copper ore coming from local mines. In the 1940s, the Depot was renovated to be a three-sided shelter for passengers waiting for the train. The Depot was demolished in 1964 when the train no longer stopped in Vail.

Women on horseback in front of the Vail Depot Circa 1935. 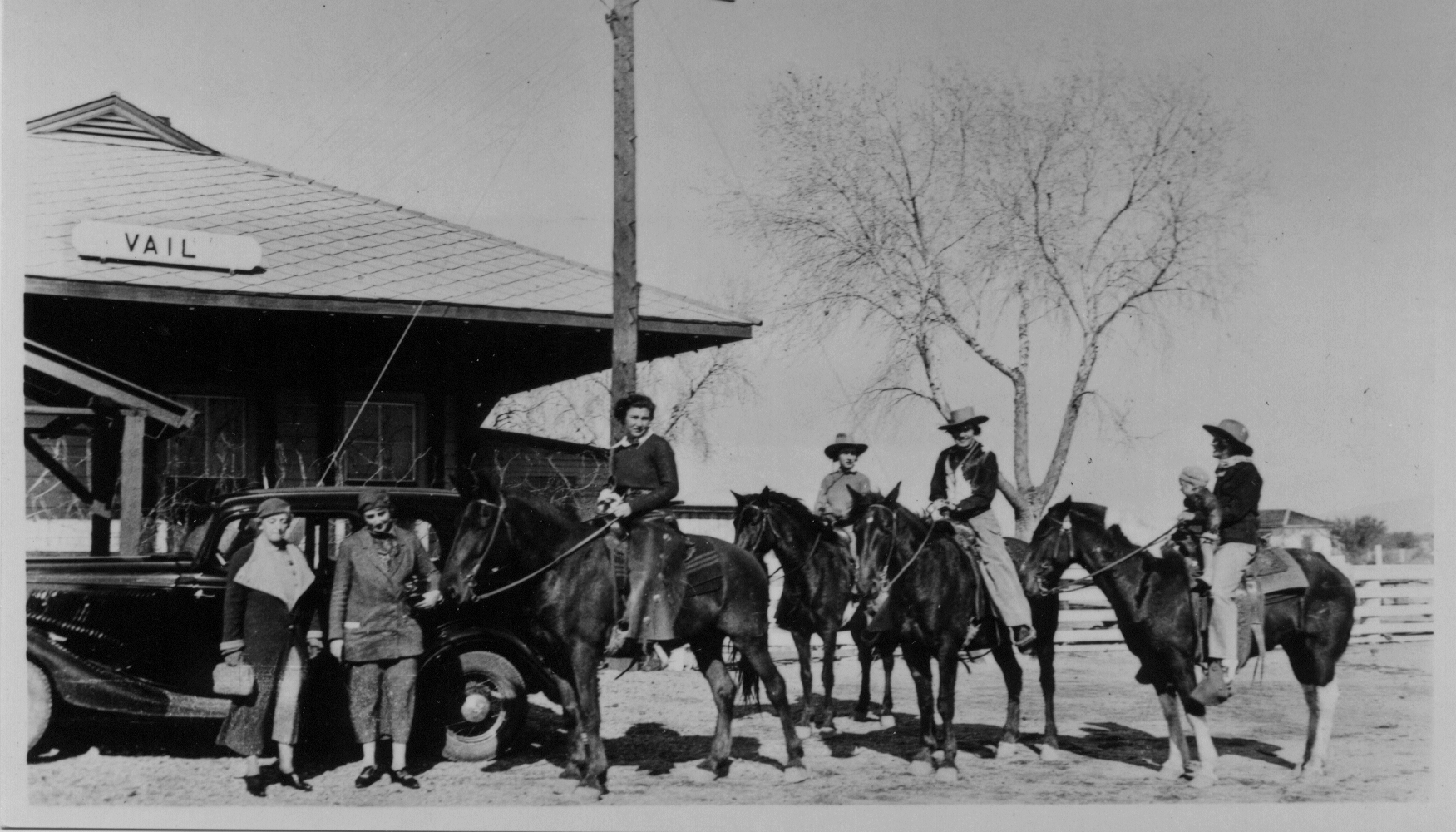 Between 1895 and 1914, Vail was a beehive of activity fueled by the copper boom. Copper became an especially valuable commodity in the 1880s and 90s when Thomas Edison improved the light bulb and utility companies began to string copper wire across the country. The price spiked and copper mining became very profitable. Copper mines, especially the Helvetia Copper Mining operation in the Santa Rita Mountains south of Vail, expanded quickly. The Helvetia Mining Company spent $10,000 to build a road to Vail—the break of bulk point for the shipment of copper ore.