Also referred to as MSU Broad, the Eli and Edythe Broad Art Museum is an internationally renowned art museum located on the Michigan State Universtiy Campus. It was designed by the late Zaha Hadid (1950-1960) who was known for her dramatic, modern architecture. The museum replaced the university's former art museum called the Kresge Art Museum. The museum is named after MSU alum Eli Broad, who, along with his wife, donated $28 million for its construction. They wanted a world-class museum to showcase modern and contemporary art, which is its primary focus. It also features older art, which comprise its permanent 7,500-piece collection: Greek and Roman antiquities, pre-Columbian art, Medieval and Renaissance art, Old Master paintings, 19th-century American art, and 20th-century sculptures. These works the museum inherited from the Kresge Art Museum. One of MSU Broad's mission is to explore contemporary art and culture through art history, using these older works of art. As of early 2018, the museum plans to expand its reach into a building across the street where it will showcase the art of the Kresge Museum.

The Eli and Edythe Broad Art Museum opened in 2007. 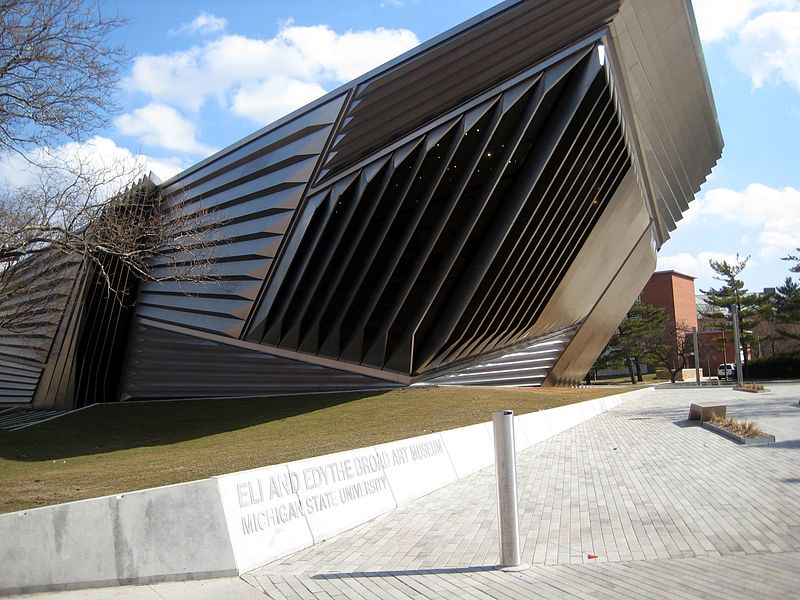 Gabbara, Princess. "MSU's Broad Art Museum opened 5 years ago to high hopes. It's met only some of them." November 29, 2017.  https://www.lansingstatejournal.com/story/entertainment/2017/11/09/broad-art-museum-michigan-state/7...