Opened in 1955, Town Tavern flourished for many years in Las Vegas's predominantly African-American West Side. Until the 1960s, much of downtown Las Vegas was segregated and bars, restaurants, and hotels often prohibited African-American patrons. For much of the 1950s and 1960s, the Town Tavern was one of the most popular nightspots on the West Side, and some of the leading entertainers of the day appeared there. The tavern closed in 2010.

Town Tavern as it appears today 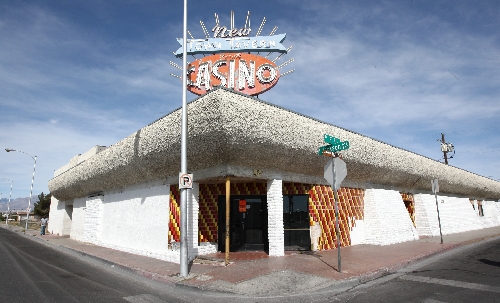 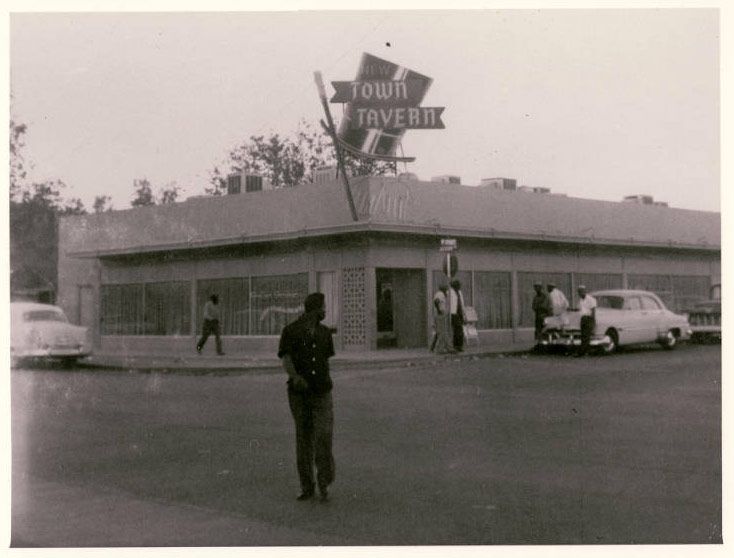 Until the 1960s, Las Vegas was a largely segregated city, with downtown restaurants, hotels, and entertainment venues off-limits to African-Americans. Even African-American entertainers who came to the city to perform often found themselves unable to stay in downtown hotels, which served white patrons only. Consequently, the city's West Side became a thriving African-American enclave with numerous businesses and venues that filled the void created by segregation.

One such business was Town Tavern, which opened in 1955. Town Tavern offered a bit of everything when it came to entertainment--it functioned as a restaurant, bar, casino, lounge, and entertainment venue. It became one of the most popular gathering places for Las Vegas's African-American community. In its heyday, Town Tavern hosted numerous well-known performers, including Louis Armstrong, Cab Calloway, the Ink Spots, and Nat King Cole.

By the early 1960s, federal laws prohibiting segregation meant that establishments like Town Tavern, which catered largely to African-Americans, were less relevant than they once were. Residents of the West Side were free to patronize whatever establishments they chose, and some of the businesses in the neighborhood, including Town Tavern, began to decline.

Town Tavern changed owners numerous times over the years. It was closed from 1970 to 1981, then changed owners several more times. In 2003, part of the building's ceiling collapsed, and the city eventually closed the building in 2010 because of its deteriorating condition. At present, the bar remains closed, although there is talk of restoring and reopening Town Tavern in the future.