Joseph and Elizabeth Shultz built this structure in 1853. At that time, this was the first house erected after the platting of the town of Medaryville. The home served as both the Shultz's home and as a boarding house until it was purchased by the town's first doctor, William T. Elston, in 1857. In 1880 Elston's heirs sold it to local builder Michael Tetzloff, who converted the structure into a hotel, which he sold to Gustav Evert, at which time it became the town's primary commercial lodging house. After Evert's death, the home served as a rooming house until the 1950s. The home is now a private residence.

Hotel in 1906 was being operated by James S. Gangwer. 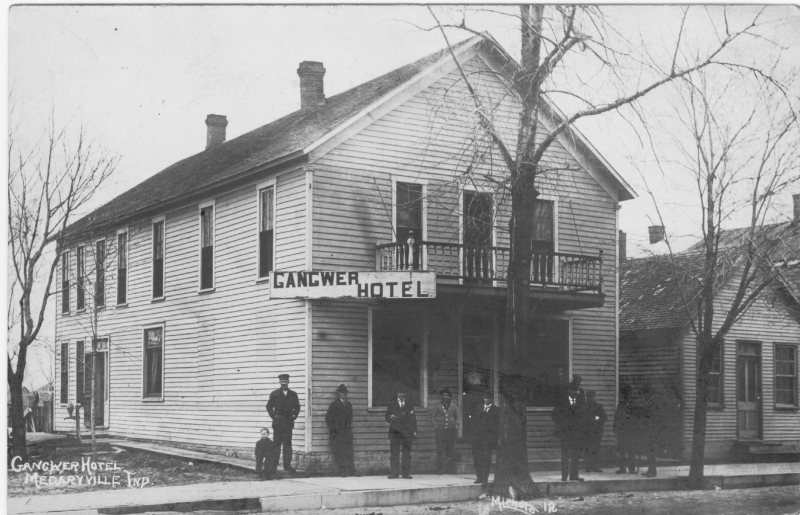 Evert House as it looks today. 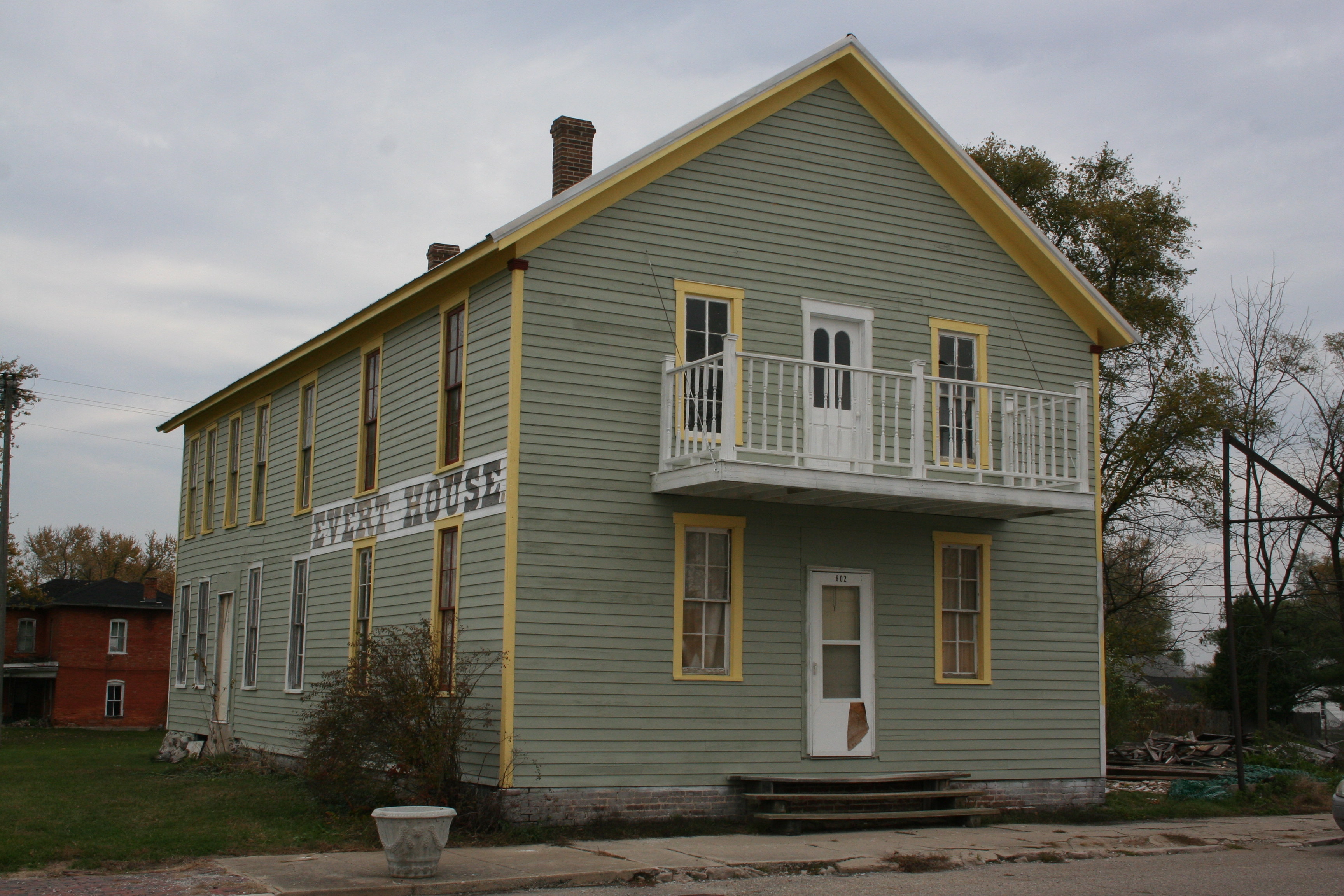 Artist's depiction of the original Shultz House. Painted by Doris B. Myers. 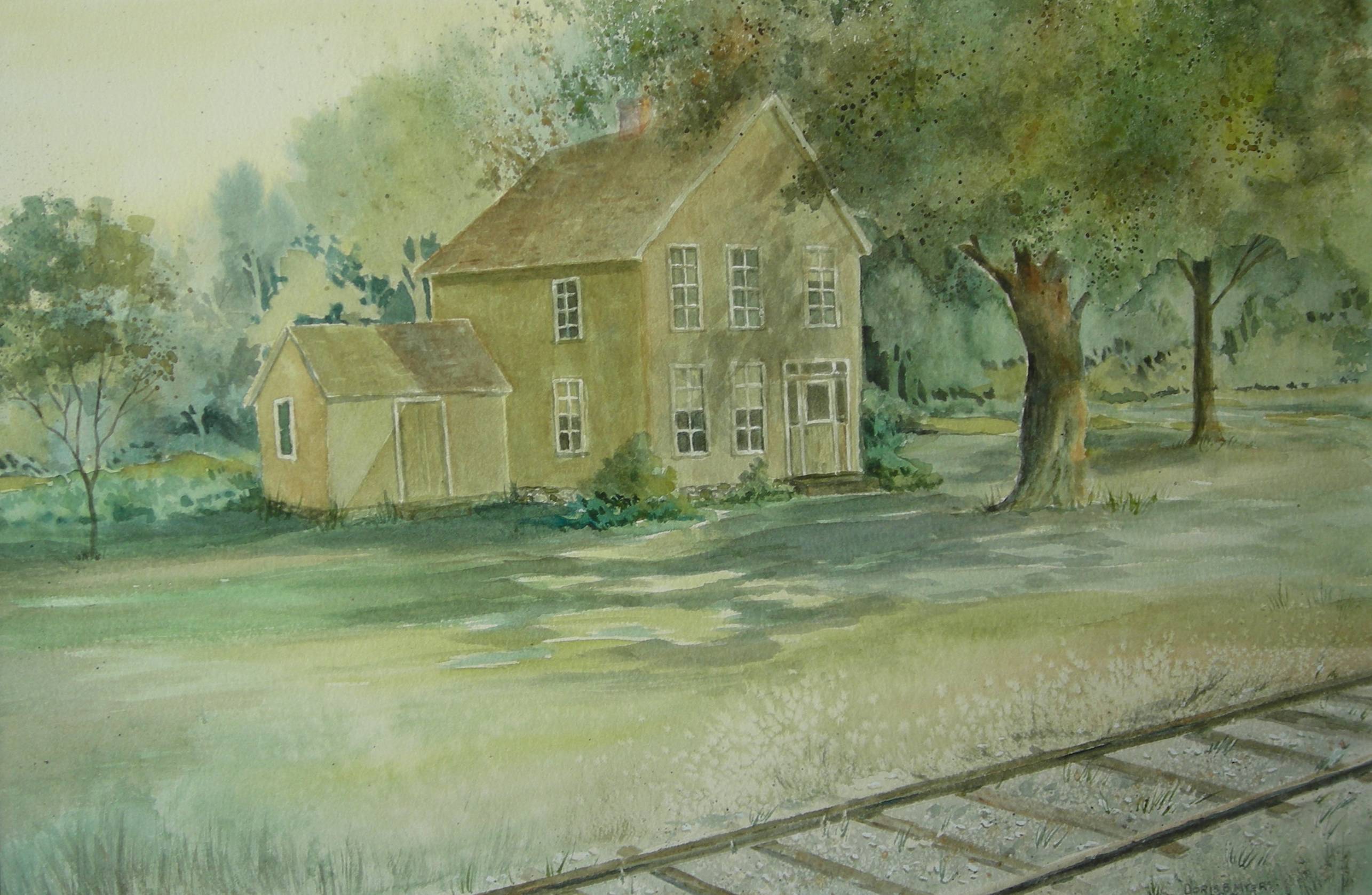 After a number of changes and remodels over the years, the historic house was restored in 2005 to match the way it would have appeared when it opened as a hotel. The painted sign on the clapboards, "Evert House." is still extant on the west side of the structure, and is thought to be the oldest business sign in the state of Indiana that is still in its original location with original paint. Although the paint is very dim today, it is visible.

The Evert House figured prominently in the history of Medaryville during the town's heyday, and many mentions of it can be found in local newspapers of the day. For example, Abraham Lincoln's funeral train stopped in front of the house on the morning of May 1, 1865. On that day, a large crowd, including many of whom had traveled a considerable distance, turned out to greet the fallen leader.