Opening in 1921 within a school system that served African American families that dates back to 1870, Trenholm High School was a center of the African American community within this Alabama community for many decades. The high school was named in honor of educator and principal George Washington Trenholm. Brown vs. Board outlawed school segregation in 1954, but the school continued to operate until 1969. When the community finally enacted a plan for desegregation, the students were transferred to Deshler High School and Trenholm was closed. In 1963, the state authorized the creation of a community college that incorporated the name Trenholm and it opened two years later. This historical marker was dedicated in 2011 thanks to the efforts of former students. 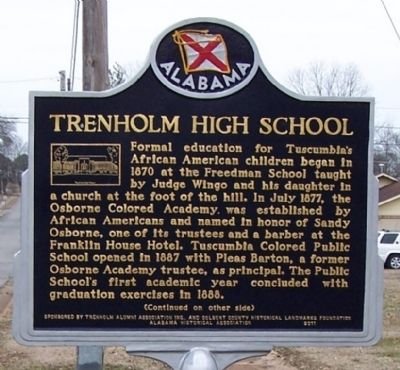 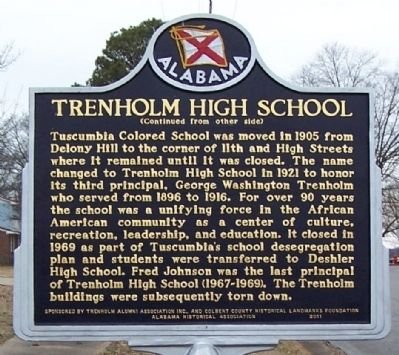 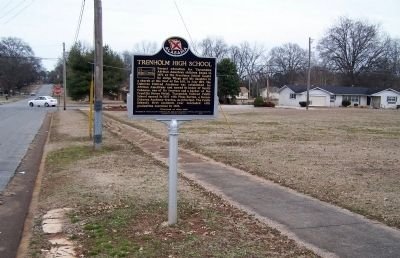