The Columbus Monument in Wooster Square was the first monument to Columbus erected in the State of Connecticut, and one of the first park monuments commissioned by an ethnic group in both the city or the state before 1900. Today, the Columbus Monument serves as a focal point for local Italian-American heritage and also as a protest site for Native American activism. The commissioning of the monument and its history reflects both the national craze for Columbus during the 400th anniversary year of 1892, but also the local influx of immigrant Catholics into a heavily Protestant city and state. 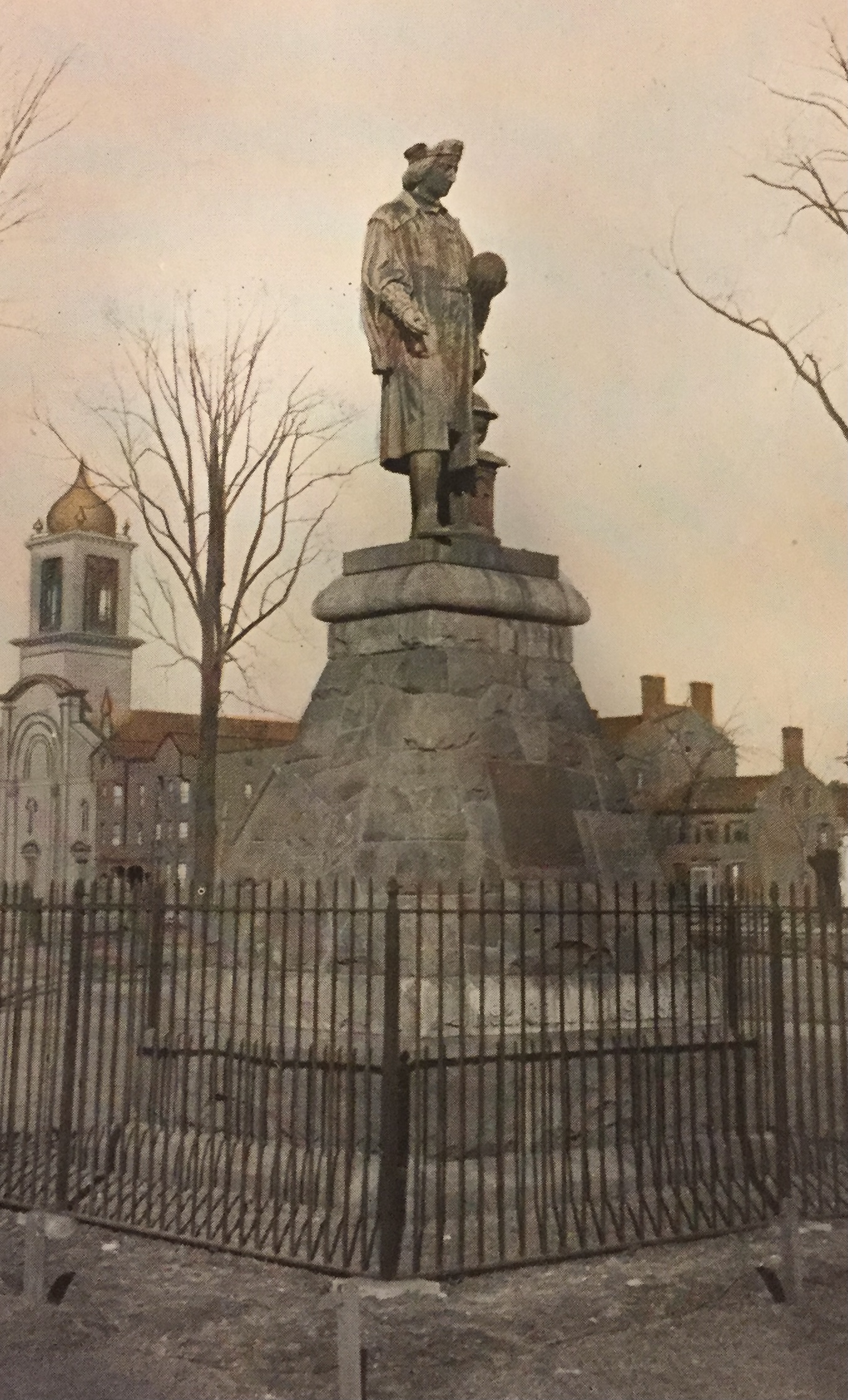 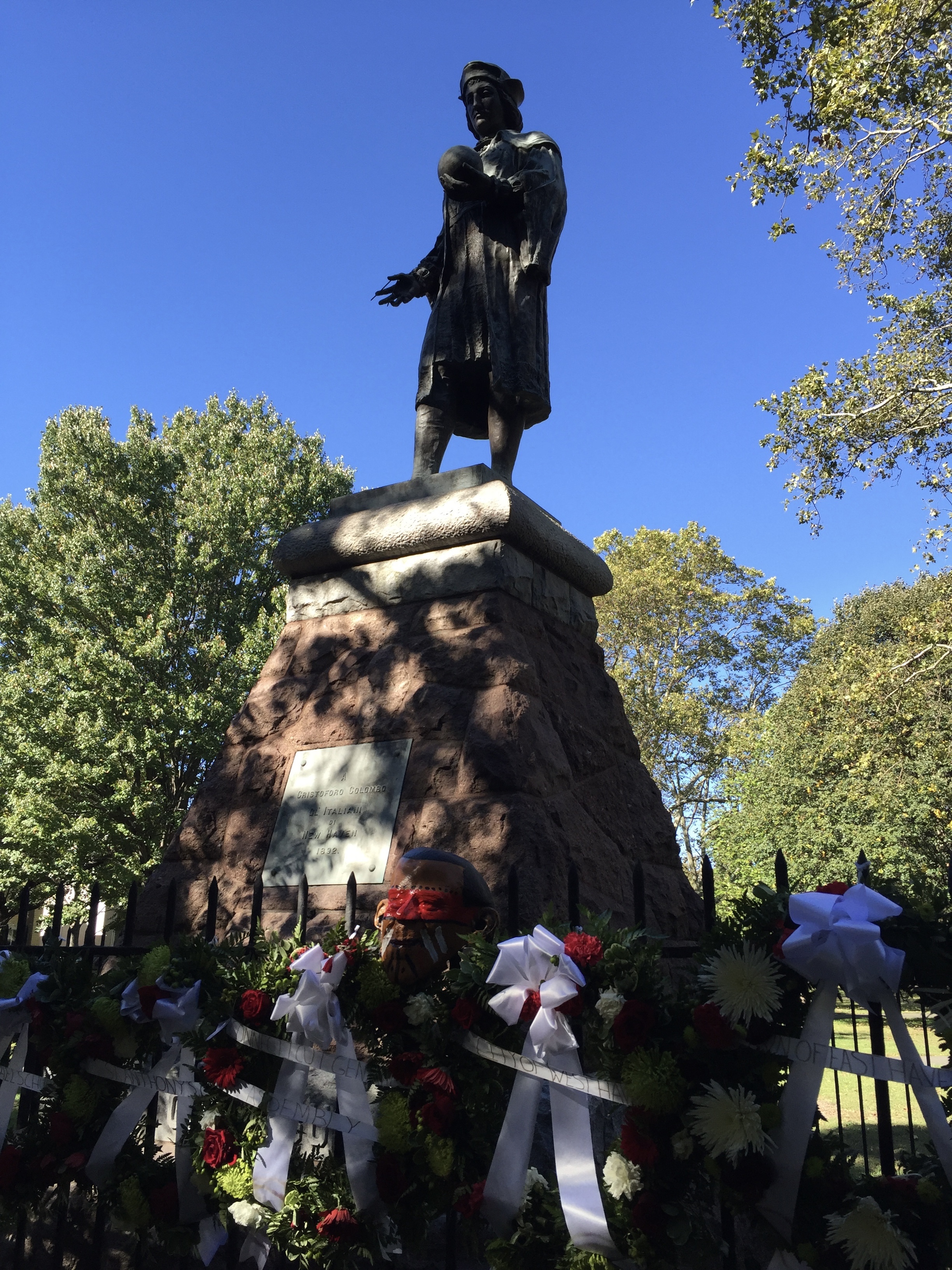 Although today known as a bronze sculpture erected on a pyramidal plinth of local stone, the original monument was actually a factory-produced object of hammered copper over a steel armature. At least five other versions were known to have been purchased from the Mullins Company of Salem, Ohio and erected around the country, including one still standing in Phillipsburg, New Jersey. The Italian Societies of the City of New Haven and State of Connecticut, under the leadership of Paul Russo, likely chose this method for commissioning their monument due to the lower cost, as compared to a full bronze casting.

New Haven, Connecticut became a draw for Italian immigrants at the very end of the nineteenth century, due to the location of several factories that worked to bring southern Italians over the Atlantic for work. Joseph B. Sargent of the Sargent Company is a prime example of this--he eventually became mayor of the City of New Haven, and encouraged immigration. Many of the southern Italians settled into the Wooster Square neighborhood, where bakeries, shops, and restaurants opened to cater to the tastes of the Italians. A few of these places dating from the early twentieth century, such as Lucibello's Italian Pastry Shop and Frank Pepe's Pizzeria, remain.

In 1892, the United States was "crazy for Columbus." It was the 400th anniversary of the landing of Columbus in the Caribbean, and Americans had identified the Italo-sailor sailing for Spain, as a sort of "Founding Father." In New Haven, ten years earlier, an Irish-Catholic organization was founded, and they named themselves the Knights of Columbus. Columbus thus represented a figure through whom American Catholics could identity with. On the national stage, the World's Columbian Exposition, held on the shore of Lake Michigan in Chicago in 1893, was the culmination of the celebrations around the Columbus anniversary.