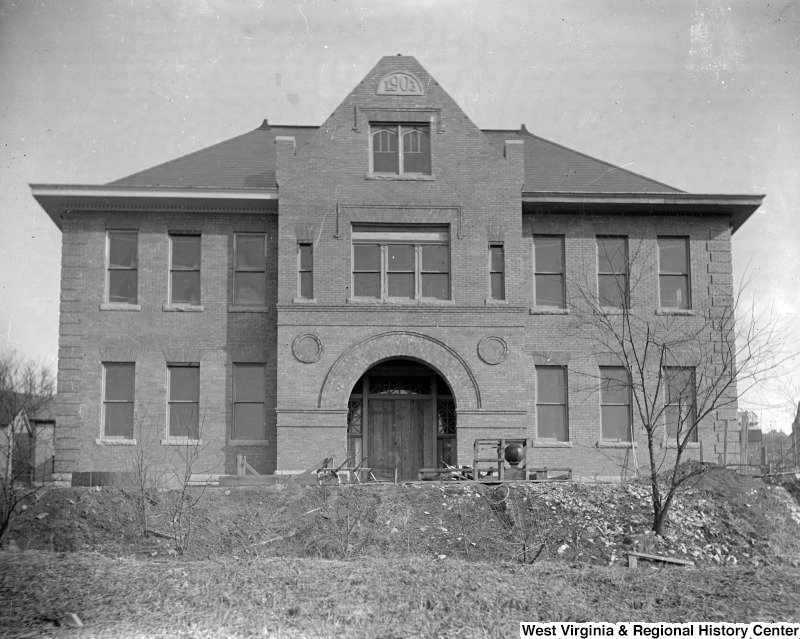 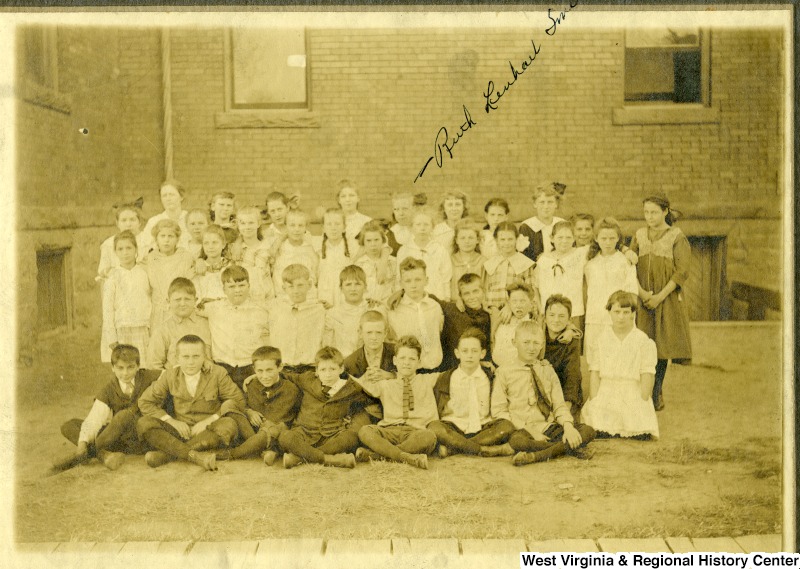 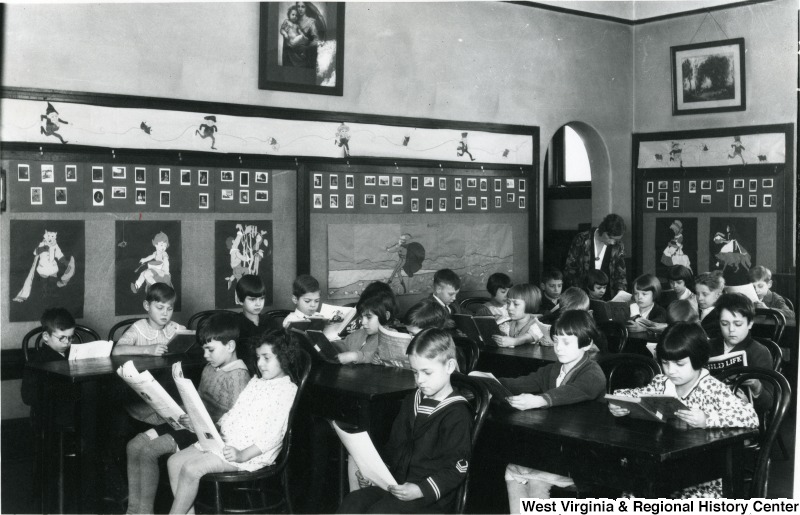 The history of the school system in Monongalia County can be divided into four periods, the third in which Seneca Elementary was constructed. The first period, often referred to as “The Beginnings,” lasted from 1864-1875 after the West Virginia Legislature established the free school system in 1863. In February 1868, the Morgantown Independent School District was formed and a committee of five commissioners created the Board of Education.1

The second period, “The Little Red School House Era,” extended until the end of the century. While most schools were still one room school houses, Alexander L. Wade had introduced the beginnings of the more recognized graded education system.2 In 1881, the students were divided into five grades. The following year Morgantown High School was constructed to accommodate the upper grades.3

The third period, which corresponds to Seneca School’s construction, began with the building of the glass factories, Morgantown and Kingwood Railroad, the Tin Plate Mill at Sabraton, and the development of nearby coal mines.4 The rapid growth of the city resulted in the overcrowding of schools and, beginning in 1899, newer, larger elementary schools were built. Seneca Elementary School was constructed in 1904. Prior to 1904, the German Baptist Church in Seneca was rented for use as a school.5 However, the number of students soon made that location impractical. Originally, the Seneca School was proposed as a four-room building, but because of the continual and rapid growth of the Seneca neighborhood, the plans were altered to call for a six-room structure.

As population grew, students were transferred to different schools to better distribute the population. In the coming decades, the Seneca School could no longer accommodate the number of children so two rooms were added.6 In the 1930s, West Virginia changed to the county unit system, making it easier for government funding to be distributed fairly throughout the schools. In 1938, school bonds were issued for the construction of new schools, additions to the Seneca, Wiles Hill, First Ward and Second Ward Buildings, and needed repairs.7

Seneca Elementary School educated young children of Morgantown until the end of the school term in 1967. While the school no longer housed classrooms, the building was kept within the school system and housed the county school library and the county resources center. From 1969 to 1974, Seneca Elementary School was listed as the “Instructional Materials Center” and “North Central W.Va. Learning Resources Center” in the Morgantown City Directories. Between 1983 and 1985, the Seneca School was purchased by Melvin Friend, who turned the building into McLane Manor Apartments. Today, the building is still used as student housing by Friend Rentals.

6. Callahan, History of the Making of Morgantown West Virginia, 290.

After Sunnyside was established in the 1890s, it attracted a robust working class community from surrounding states and a number of European countries who worked in local industries. They purchased and rented the frame houses throughout the neighborhood until the decline of local industry in the mid to late twentieth century, when the Sunnyside transformed into a center of student residence and culture. Explore the multicultural history of Sunnyside and its communities of past and present in this walking tour, which incorporates original research done by students in WVU's Local History Research Methods course.