Joseph Brant was a Mohawk chief who also served in the British army during the Revolutionary War. During the war, Brant commanded Iroquois and Loyalists in numerous campaigns and raids against colonists. Brant let a series of raids in the Mohawk Valley, including an attack in July of 1779 on Neversink Road, in which the Black Rock School was burned. The boys were taken prisoner and the girls were spared because of marks painted on their aprons. 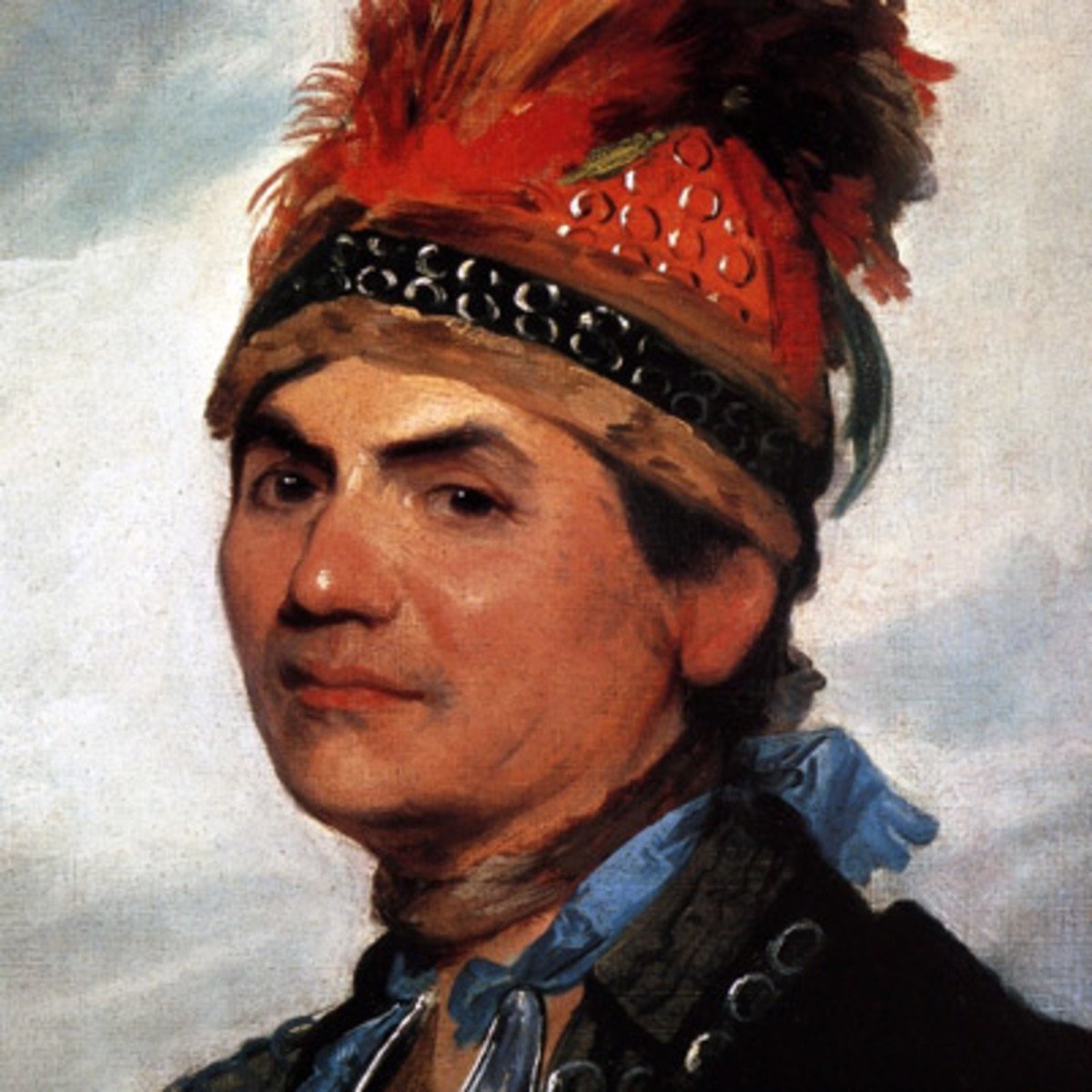 Historic marker at the site of the Painted Aprons attack 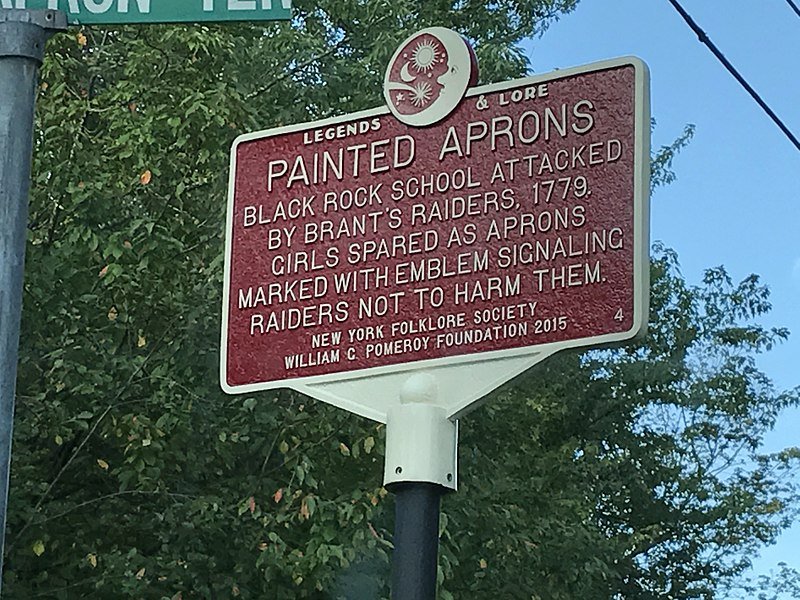 During the American Revolution, both the British and the Americans attempted to gain the loyalty of Native Americans. Generally, the British were more successful in that effort than Americans because of long-standing relationships between the two groups, even if those relationships had not always been harmonious. The tribes which made up the Iroquois Confederacy split their allegiance, with the Senecas, Cayugas, Onondagas, and most of the Mohawks opting to fight with the British. They were led by Joseph Brant, a Mohawk war chief.

Brant earned a fearsome reputation waging what was essentially a guerilla war of Indians and Loyalists against isolated Patriot settlements. In New York, British authorities encouraged these attacks by urging Loyalists and their Native American Confederates to raid such settlements. Bounties were paid for American scalps.

Brant was one of the most active raiders in the war on the New York frontier. From April to November of 1778, Brant and his raiders attacked numerous settlements, stealing cattle, burning houses, and killing numerous settlers. Brant became so feared that local settlers came to refer to him as “the Monster Brant,” and while his attacks were violent, he was blamed for attacks in which he had no involvement.

In July of 1779, Brant led an attack on the Black Rock School. The teacher, Jeremiah Van Auken, was killed and scalped. According to stories passed down from survivors, Brant himself spared the young girls in the school by painting a mark on their aprons. The mark conveyed to other Native Americans that the girls were to be spared on orders of Brant. The boys, however, were taken prisoner. The attack has been known since that time as Painted Aprons.