The James Hall Office in Albany is the former office and laboratory of James Hall, one of the leading early American figures in both geology and paleontology. Hall’s family lived in a house nearby, but he spent much of his time in the lab, often sleeping there. The building is also noteworthy because it is one of the few buildings that remain from the collaboration between Andrew Jackson Downing and Calvert Vaux. The building was added to the National Register of Historic Places in 1976. 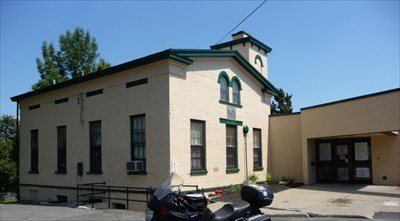 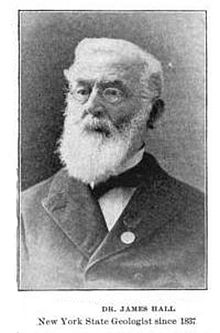 James Hall was one of the most influential figures in paleontology and geology in nineteenth century New York. He was the founder of the State Museum and was responsible for bringing to the museum the Cahoes Mastadon in 1866. The specimen has been on display in the museum for almost a century and a half. Hall also served as the museum’s first director.

Hall’s reputation was built largely on his 13-volume opus titled “The Paleontology of New York.” He was a tireless supporter of scientific research and was known for his frequent battles with the state legislature to increase research funding. Hall held the position of state geologist and was the state’s first surveyor.

Hall and his wife settled in Albany where he spent much of his life in state service. His state office eventually became full of documents and specimens, and in 1850, Hall had the building constructed to serve as a new office and laboratory. The building was designed by Andrew Jackson Downing and Calvert Vaux and was completed in 1852, the same year that Downing died in an accident. The Hall office is one of the only extant works designed by both Downing and Vaux.

Though he built a nearby home for his family, Hall spent enough time in his lab—frequently sleeping there—that he essentially lived separate from his family. The state insisted that Hall do his work out of its offices, but he continued working in the 1852 building until his death.

Albany acquired the building in 1916 and during the twentieth century, it came to be used as a school. The building was added to the National Register of Historic Places in 1976. For a number of years, the building housed the Sunshine School, a facility for students with special needs.