Known as Lewisburg High School, construction on this building began in 1924. The architecture cannot be firmly placed in any particular style having been built in a transitional period between revival styles of the late 19th century and the streamlined institutional architecture associated with the New Deal. Following consolidation of Greenbrier County's high schools, the school continued to serve as a junior high and elementary school until 2012. 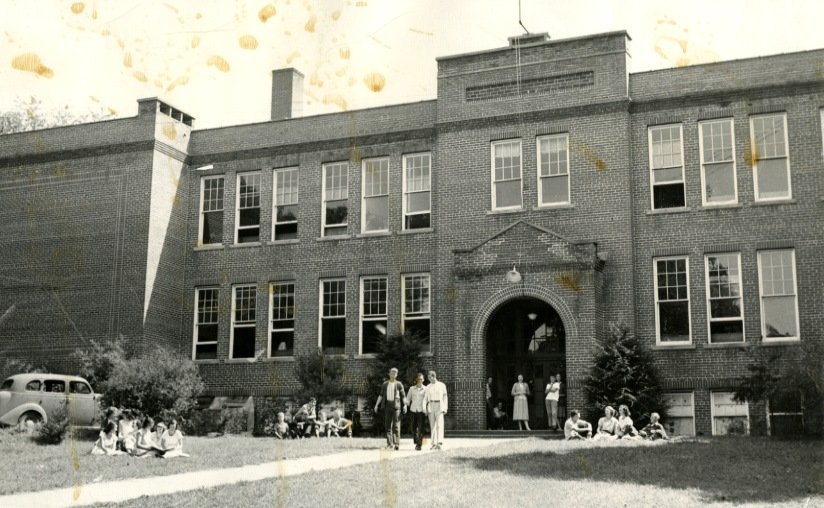 The Lewisburg Independent School District Board of Education acquired this land in 1877 and constructed a building the following year that offered elementary classes with high school classes added in 1915. The foundation of the original building may have been used for the present building.

A 1930 Sanborn Map shows a drawing of the school indicating it had steam heat and electricity.  A separate gymnasium burned to the ground in 1936.  Construction of a new gymnasium to the rear of the brick building began in 1937 and was completed the next year.

Faced with the prospect of demolition, the Lewisburg Historic Landmarks Commission rallied support to save the school.  It was acquired by New River Community and Technical College and served as its Lee Street Campus.  With decreased enrollment and budget constraints, the college sold the school in 2017 to an investment group that is repurposing the buildings for rental apartments and artist studios.