One of the first monuments to Lincoln following his assassination in 1865, the statue depicts President Abraham Lincoln signing the Emancipation Proclamation. The city formed a commission in 1866 that raised funds for the statue, which was formally dedicated on September 22, 1871. The city moved the monument in 2001 to a location away from traffic. 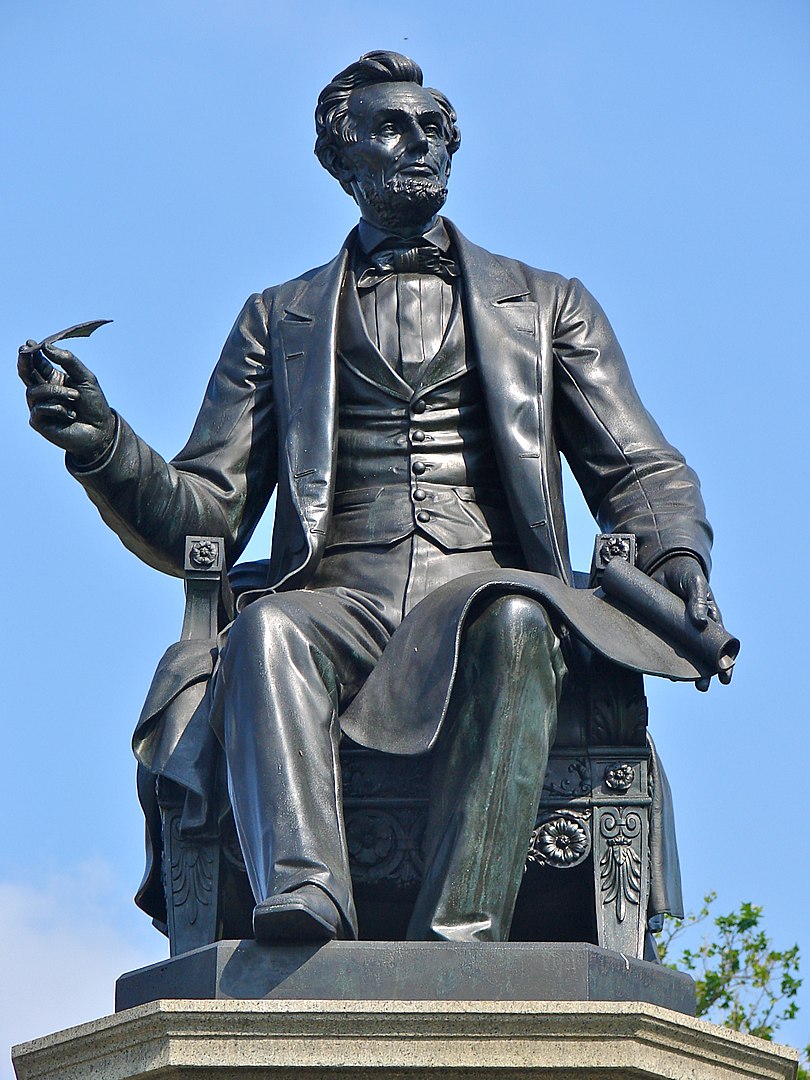 Lincoln Statue in the 1870s 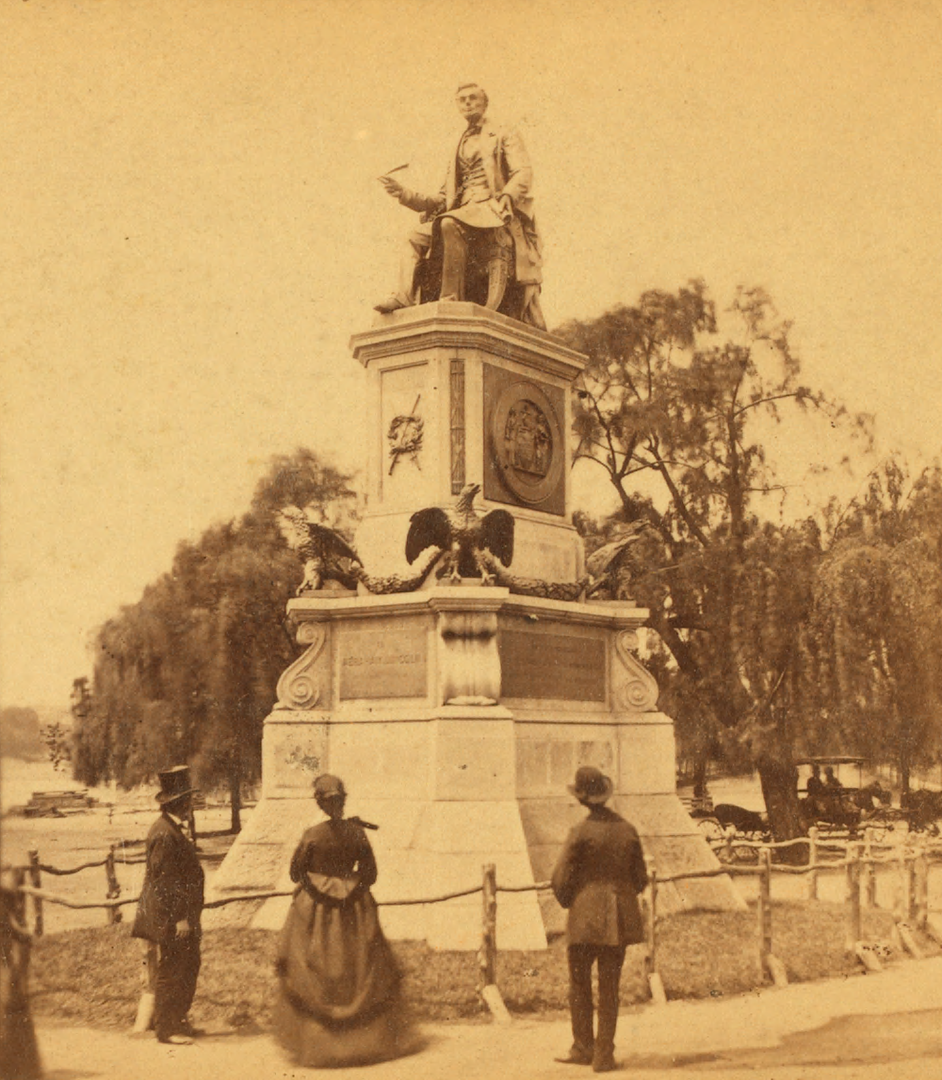 The Philadelphia Inquirer reported the event in grand fashion, including all the speeches and names of the dignitaries in a full page story in its Saturday, 23 September 1871 edition

The statue depicts Lincoln signing the Emancipation Proclamation. After the Union's victory at Antietam in September 1862, Lincoln issued a preliminary decree stating that freedom would be granted to slaves within rebellious states unless they returned to the Union by January 1. Since no Confederate states took the offer, Lincoln presented the Emancipation Proclamation, which declared, "all persons held as slaves within any States, or designated part of the State, the people whereof shall be in rebellion against the United States, shall be then, thenceforward, and forever free." The proclamation also allowed black soldiers to fight for the Union, which proved hugely beneficial. The Emancipation Proclamation did not free slaves within slaves in states under Union control (notably the border states), leaving Secretary of State William Seward to remark: "We show our symapthy with slavery by emancipating slaves where we cannot reach them and holding them in bondage where we can set them free." But, Lincoln did not want to antagonize the slave states loyal to the Union.

Philadelphia was one of the first cities in the nation to erect a monument to Lincoln after his assassination on April 14, 1865. The Lincoln Monument Association, chaired by Mayor Alexander Henry, was formed on May 22, 1865. In a little over a year, they raised $22,000 and commissioned sculptor Randolph Rogers to build the Lincoln Statue. Approximately 50,000 people witnessed the unveiling on September 22, 1871. In 2001, city officials moved the monument from its location on an island amid Kelly Drive to a better pedestrian-oriented location just east of the roadway.

The inscription on the front base under the seated Lincoln reads "To Abraham Lincoln – From a Grateful People." On the left side are the words: "I do order and declare that all persons held as slaves within the states in rebellion are and hence-force shall be free." On the back, it states: "Let us here highly resolve that the government of the people, by the people, and for the people, shall not perish from the earth." And finally, on the right side of the base, the inscription reads: "With malice toward none, with charity toward all, with firmness in the right, as God gives us to see the right. Let us finish the work we are in."