We pause here to remember the ghost of the Trailerville community. Following World War II, colleges across the country prepared for the large influx of single and married veterans taking advantage of the GI Bill. With federal and state assistance, Cheney met the need with war surplus trailers and buildings. The post-war expansion began with Trailerville.

1947 Trailerville with the new Hudson Hall in the background

Outside of the laundry building was an area for hanging clothes to dry.

1948 A father poses with his daughter in Trailerville

The trailers were tiny and cramped, but housing was in such short supply, that Trailerville was a welcome option. Students who lived there say they developed a real sense of community.

Another view of Trailerville 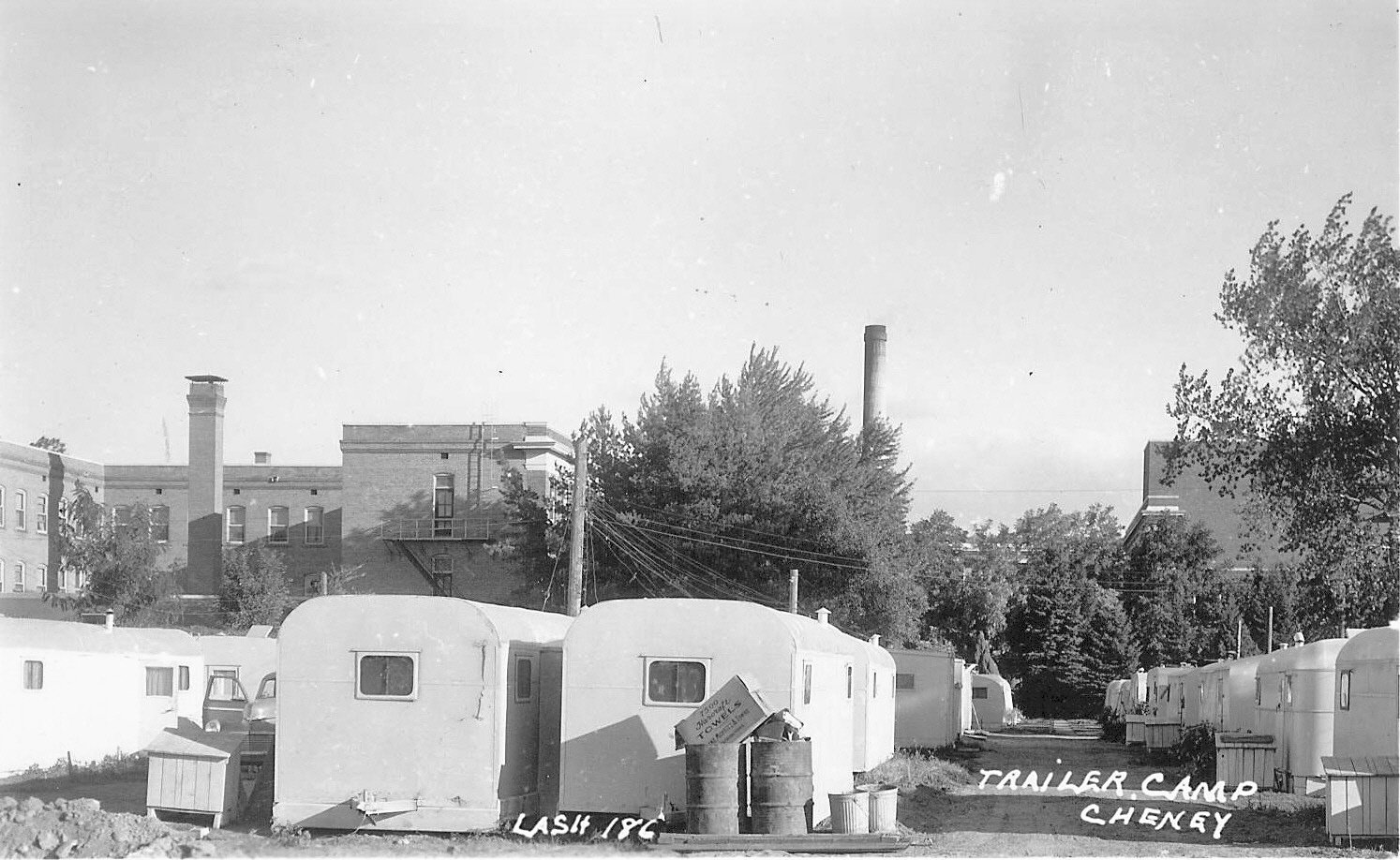 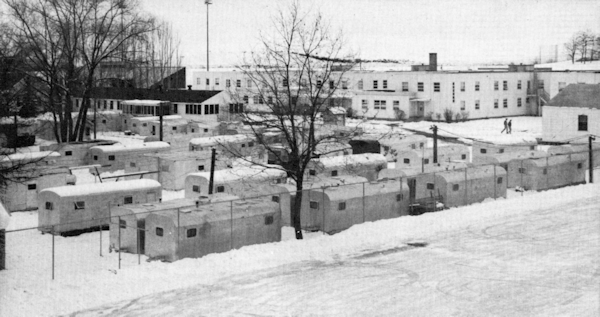 At the end of 1945, the college received funding to acquire a number of war surplus small house trailers to use as temporary housing. It opened July 1946, and became known as "Trailerville."

The 8' x 35' tin and plywood painted trailers served as married student housing for WWII veterans and their families. Trailerville was located in an area behind Showalter Hall and Monroe Hall. It had a capacity of 70 families. The small trailers rented for $15 per month, with heat and lights supplied by the college. A small wood military surplus building was used as a laundry and shower facility. Nearby were outdoor clotheslines and a fenced playground for children.

The tiny trailers were cold in winter and hot in summer, yet those who lived in them remember them with a sort of fondness.

They were cramped and bare-boned, uncomfortable at times, a pain for doing laundry, and you had to time your shower. But we were a community, we looked after each other and each other's children. It was an experience I will always remember with fondness. -- Jean

The last of the college-owned trailers were removed from Trailerville by the summer of 1958, and much of the space once occupied by the village was turned over to parking.