Fort Knox is a United State military installation that spans over one hundred thousand acres and three counties. The training site or many armor units, Fort Knox is best-known as the home of the United States Bullion Depository, which is used to store large amounts of United States official gold reserves. The site was used to train Army and Marine Corps on the M1 Abrams main battle tank. 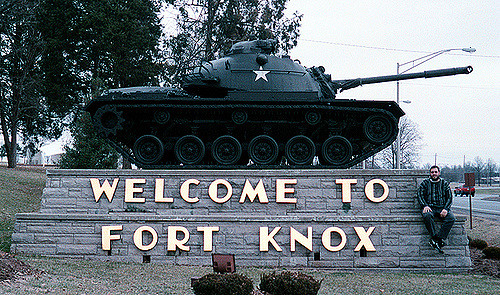 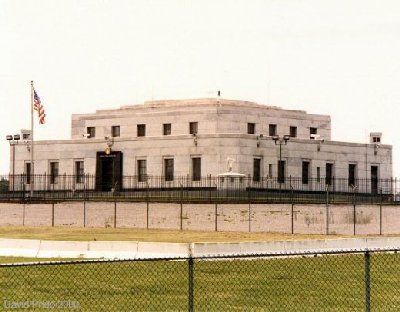 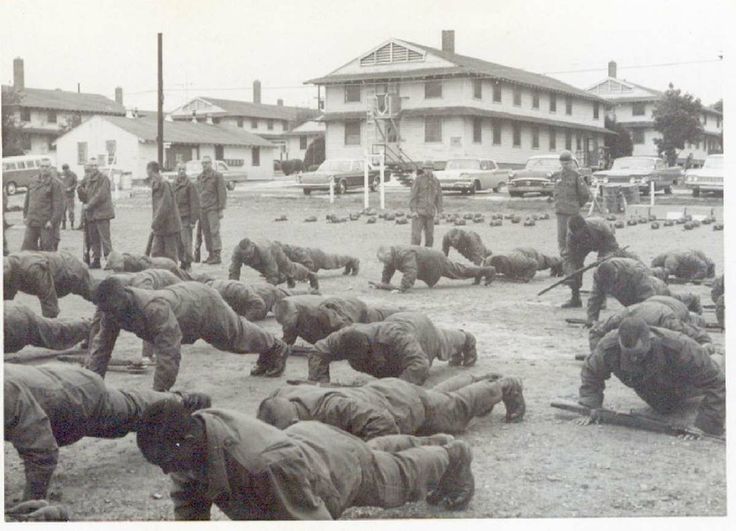 Vault for the gold depository at Fort Knox 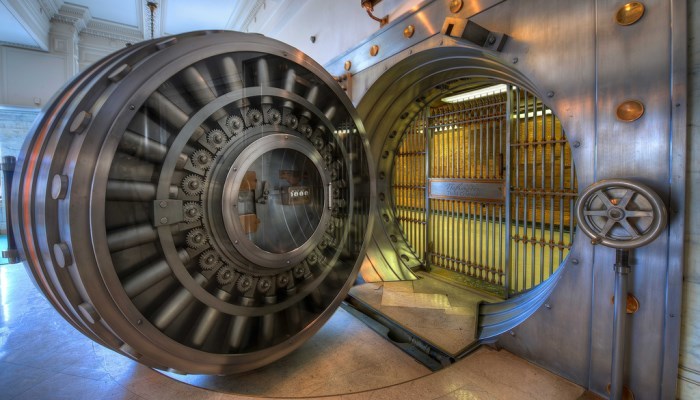 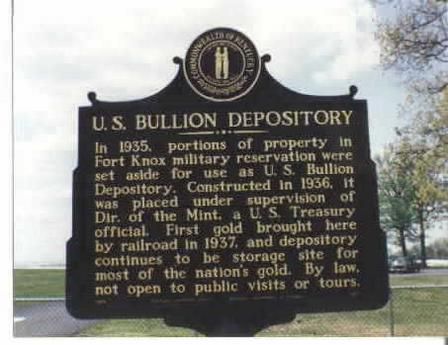 Fort Knox was created as a training installation during World War I. In April 1918 the war department searched the area of West Point KY, in hopes to establish a permanent artillery camp. The Louisville Courier stated that "The West Point range would become the artillery training center of the Army". After the arrival of Artillery units the Army began to realize that they were eventually going to need much more space to house all of these soldiers. Shortly they began looking for new land to build on to the site for additional space.The summer of 1918 the Army leased 20,000 acres of property in Stithton Kentucky, which was a small farming community in Hardin County. The town was popular to them for its close proximity to the railroad and high elevation. The land in Stithton was acquired by the Army and more land was bought from the two counties Bullitt and Meade. As the site kept continuing to grow it also became more than a site to train and house soldiers. It soon became a Depository for a large amount of the gold bullion of the United States.  The balance is stored at Mint locations in Philadelphia, Denver, West Point and San Francisco. Construction for the Depository began in 1935 and was completed in December of 1936. The cost to build the depository was $560,000 and contained 16,000 cubic feet of granite, 4,200 cubic yards of concrete, 750 tons of reinforced steel and 670 tons of structural steel. The Depository was constructed under the supervision of the United States department of Treasury. The first amount of gold was transported to the Depository in January 1937 by Railroad and shipped by the United States Postal Service. At the time there was no other way of providing insurance for the gold and U.S.P.S. was the only agency willing to accept the liability if any gold was lost. The first shipments of gold were completed in June 1937 and went on to help make the United States Bullion Depository fully operational at that time. The gold stored in the Depository is almost in pure form of gold such as gold bars and coins and some coin bars due to the result of melted coins. Each gold bar contains approximately 400 troy ounces of pure gold. The Depository of Fort Knox is guarded by an Officer in Charge, who is responsible for ensuring the security and protection of the bullion. Fort Knox is protected by the United States Mint Police, and the officers are chosen by the U.S. Mint Headquarters in Washington, D.C.. Each officer must go through rigorous training program at the Federal Law Enforcement Training Center in Glynco Georgia. Over its 81 years the Depository has reached legendary status due to its mystery and folklore, very few have ever seen the structure and no one person knows all the procedures to open the vault. Only one President, Franklin D. Roosevelt and one Congressional delegation have been inside the vault.