Woodley is a Federal mansion in Washington, D.C. constructed in 1801 by Philip Barton Key. As a private residence, it was home to well over a dozen influential individuals, including Presidents Grover Cleveland, Martin Van Buren, and James Buchanan, and Secretary of War Henry L. Stimson. Since 1952, Woodley has been home to the Maret School, a private K-12 school founded in 1911 by three French sisters.

Built in 1801, the Woodley mansion was once located in a rural, wooded area of Washington, D.C. 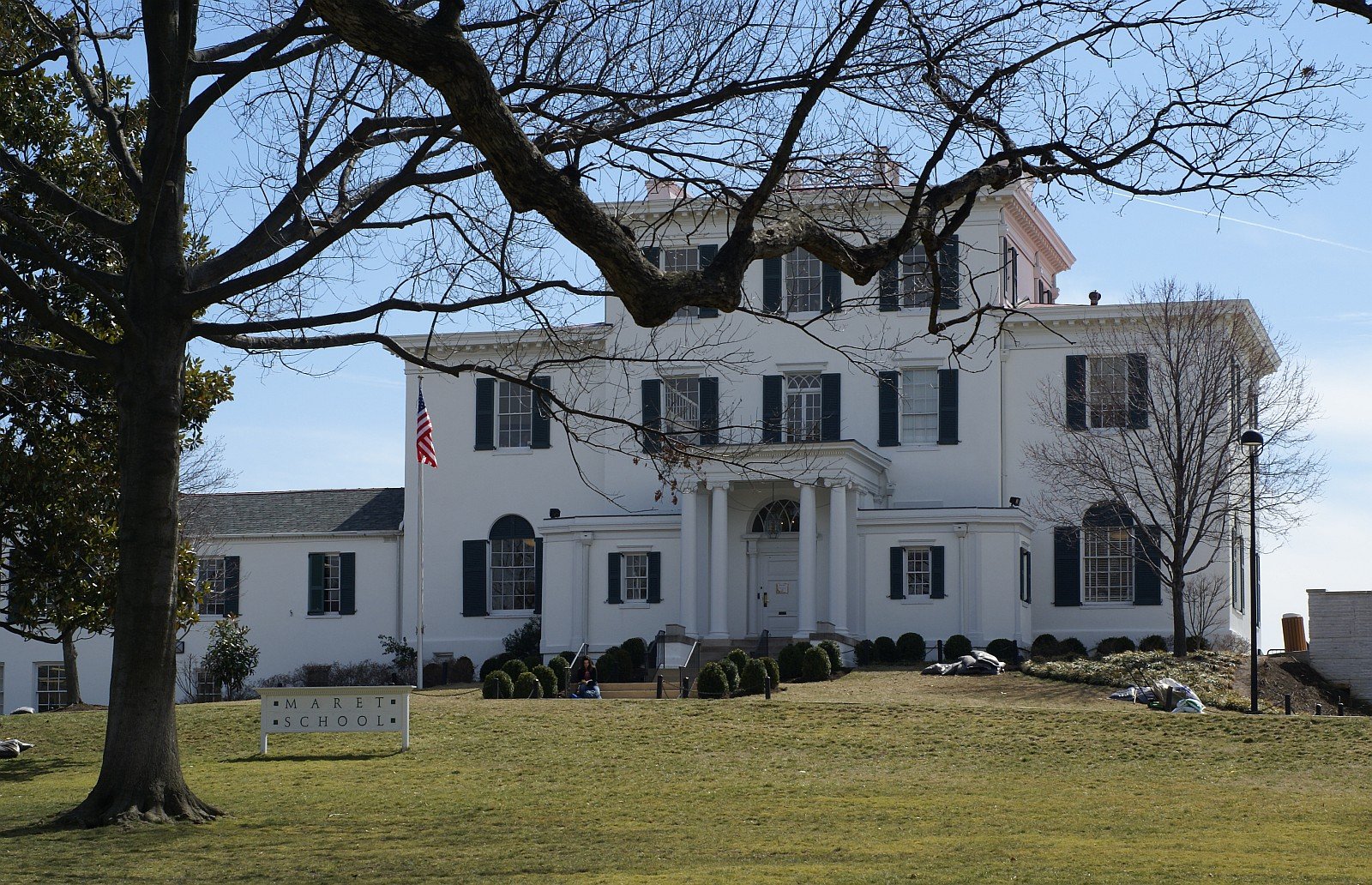 Woodley mansion was constructed by Philip Barton Key, uncle of Francis Scott Key, the writer of the "Star Spangled Banner." He was inspired by an English manor he visited named Woodley Lodge. Library of Congress. 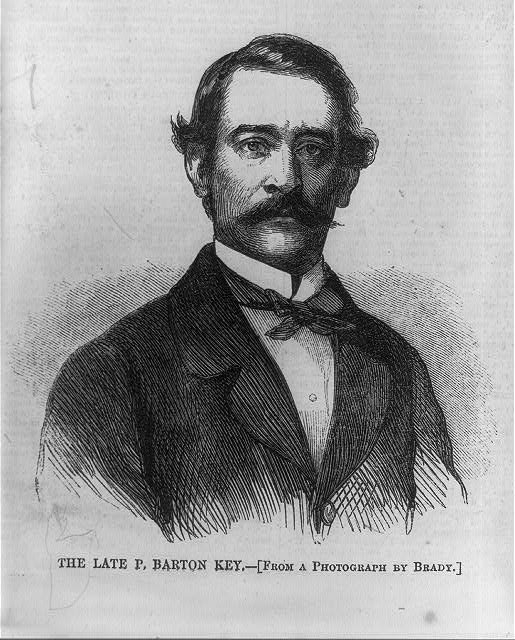 The name “Woodley” means “a clearing in the woods,” a homage to the beautiful local landscape and the English manor that inspired the mansion. Built in 1801, the Woodley mansion is among the oldest structures in the neighborhood, which became known as Woodley Park in the late nineteenth century. It remained a mostly rural, wooded area until the twentieth century, when Connecticut Avenue became an important thoroughfare and developers bought up the land. Over 140 buildings were constructed in what is now Old Woodley Park Historic District between 1905 and 1910, and this trend of construction continued into the 1920s and 1930s. Woodley Mansion, therefore, represents the area’s rural past.

Woodley’s history is intertwined with the development of Washington, D.C. In 1703, Colonel Ninian Beall purchased 795 acres along the Potomac River and began cultivating industry in what it now Georgetown. In 1792, Revolutionary War veterans Benjamin Stoddert and Uriah Forrest purchased over a thousand acres, including the future Woodley property, as part of a larger deal with George Washington to prevent land around the new city of Washington, D.C. from being bought by land speculators. A few years later, a real estate bust forced Uriah Forrest to sell 250 acres to his brother-in-law, Philip Barton Key, the uncle of Francis Scott Key.

Though born in the American colonies, Key was a Loyalist in the American Revolution and sent to England after captured in the war. While in England, he studied law and was able to successfully return to Maryland and rebuild his reputation. He married the wealthy Ann Plater, established a law firm, and served as both a federal judge and a member of the House of Representatives. His time in England gave him more than a career in the United States; it also inspired him to build the Woodley mansion. While in school, Key visited the Woodley Lodge in Reading, England, one of the homes of English statesman Henry Addington. Inspired by the English manor, Key built a home that would reflect his political and social success in Washington, D.C. Philip Barton and Ann Key raised their family at the house and lived out their days there. Enslaved people not only worked at the house and surrounding gardens, but also likely built the mansion.

In the nineteenth century, Woodley served as a retreat for prominent government and military officials, and to the enslaved people who remained there until the 1860s, a place of labor. Two sitting presidents, Martin Van Buren and Grover Cleveland, visited Woodley as a summer home. It was common for presidents, and countless other Washingtonians, to exit the city’s heat and humidity in summer, though the wooded suburbs provided shade and cooler air for those who did not want to travel too far. Van Buren rented Woodley while in office during the economic depression of the 1830s. Cleveland, who had sold his D.C. home after losing the 1888 election, rented the updated Woodley mansion as a summer home after winning the 1892 election. During the Civil War, General Lorenzo Thomas, who owned Woodley at the time, organized Black troops in the Union Army. He briefly rented the mansion to former President James Buchanan. Thomas also freed the last of the slaves at Woodley. One of the enslaved women was Lucy Berry, who worked as a cook and laundress at Woodley until freed in 1862.

Prominent politicians and diplomats called Woodley home during the early twentieth century. William Phillips, who later served as an ambassador to three countries, rented Woodley between 1915 and 1919 while serving as Assistant Secretary of State for Franklin Roosevelt. Adolf Berle, a member of the “Brain Trust” that advised Franklin Roosevelt’s planning of the New Deal, rented Woodley in 1939. While at Woodley, Berle was told that Alger Hiss, a member of the State Department, was passing top-secret information to the Soviets, which would later lead to his conviction of perjury. Henry Stimson, Secretary of State under Hoover and Secretary of War under Roosevelt and Truman, owned Woodley between 1929 and 1950. He played a major role in World War II, mobilizing millions of troops, approving Japanese internment, and overseeing the Manhattan Project that created the atomic bombs.

In 1952, Woodley was purchased by the Maret School, founded in 1911 by Marthe, Louise, and Jeanne Maret of France. These well-educated and worldly educators first established the Maret French School at 2118 Kalorama Road, emphasizing international cultures and linguistics. The school outgrew its original space and purchased the Woodley Mansion and 7.5 acres to continue increasing enrollment and offer new programs. The Maret School community founded the Woodley Society in 1994 to study of Woodley’s history and promote history education.

Tours are offered when school is not in session.