Somers, New York, is regarded as the “Cradle of the American Circus,” due to Hachaliah Bailey and his elephant, Old Bet. Bailey brought Old Bet to Somers around the year 1805, and thus caught the attention of many as this was the second elephant in history brought to the United States. This prompted the start of the traveling menagerie which brought much delight to those who came to see it. Bailey's work was a precursor to the modern circus, and inspired P.T. Barnum and James Anthony Bailey to create what we now know as the Ringling Bros. and Barnum & Bailey Circus. The Elephant Hotel was completed in 1825 to commemorate Old Bet. The building would later become the town center for the people of Somers. As of today, the Elephant Hotel unfortunately is not open to the public unless given permission to tour by contacting the Somers Historical Society. 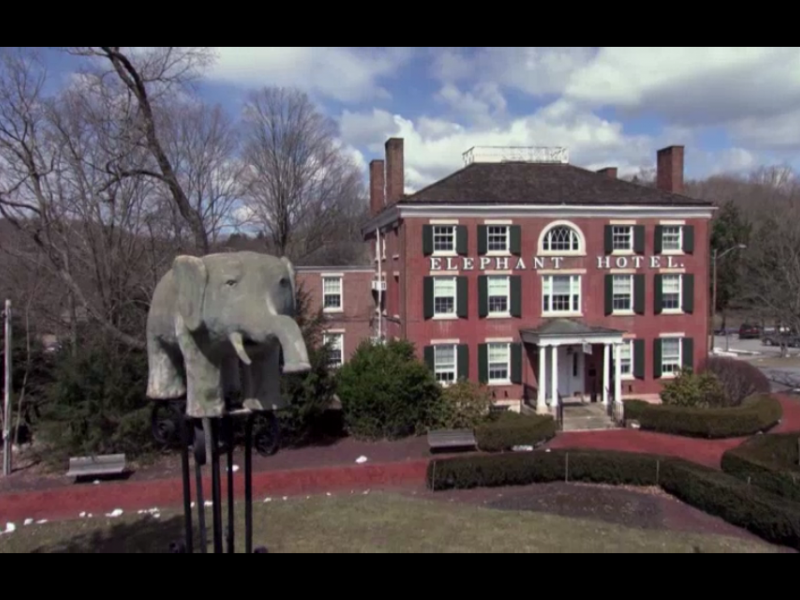 Close-up of the elephant replica 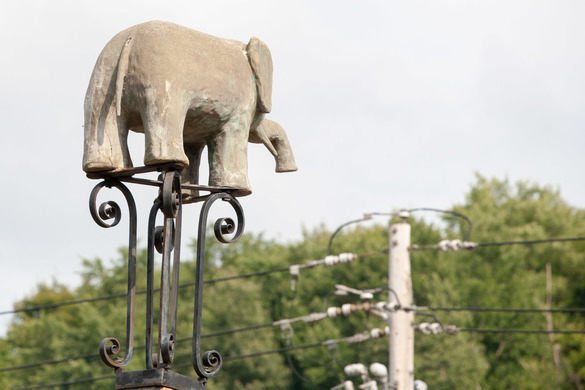 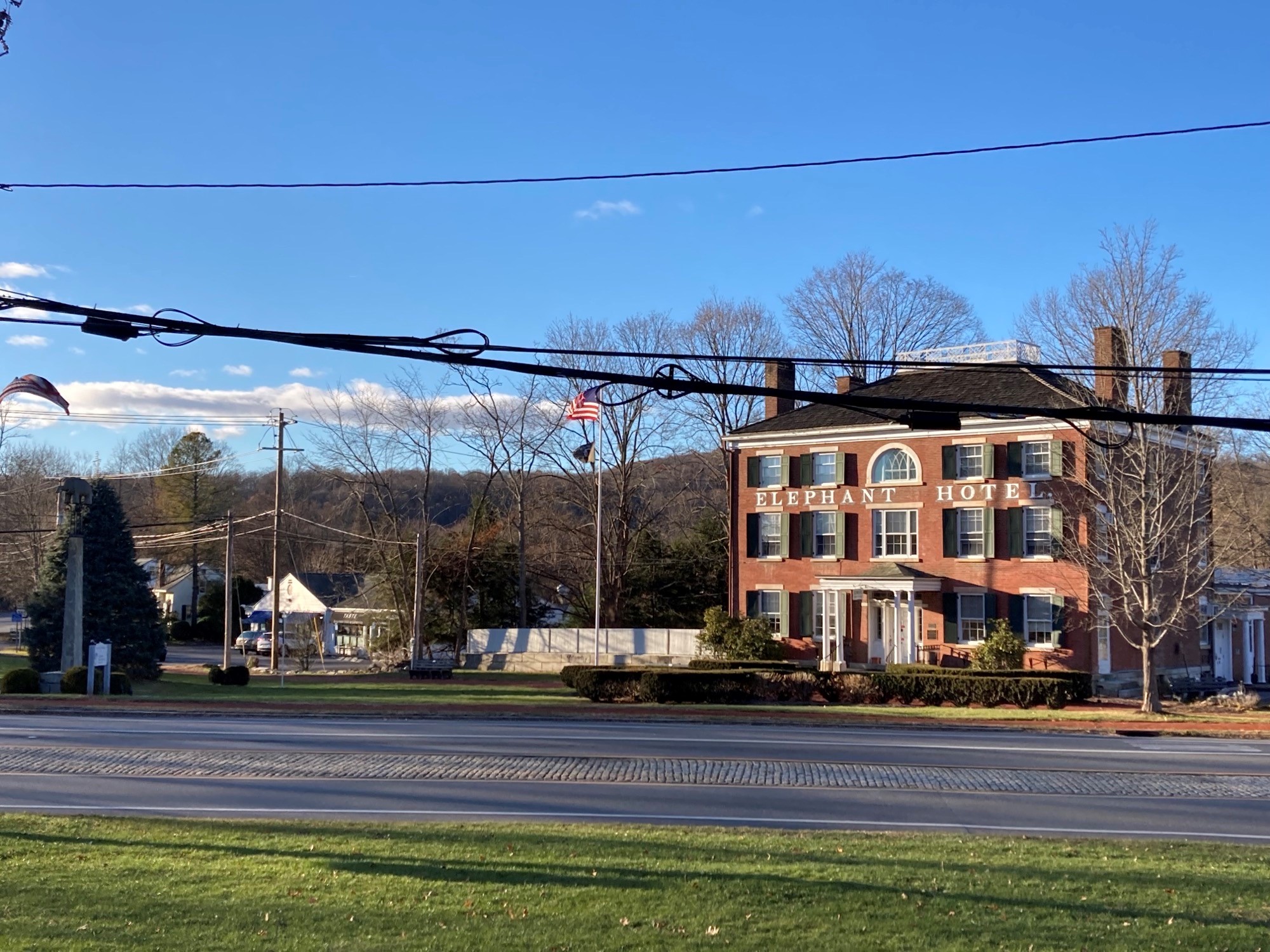 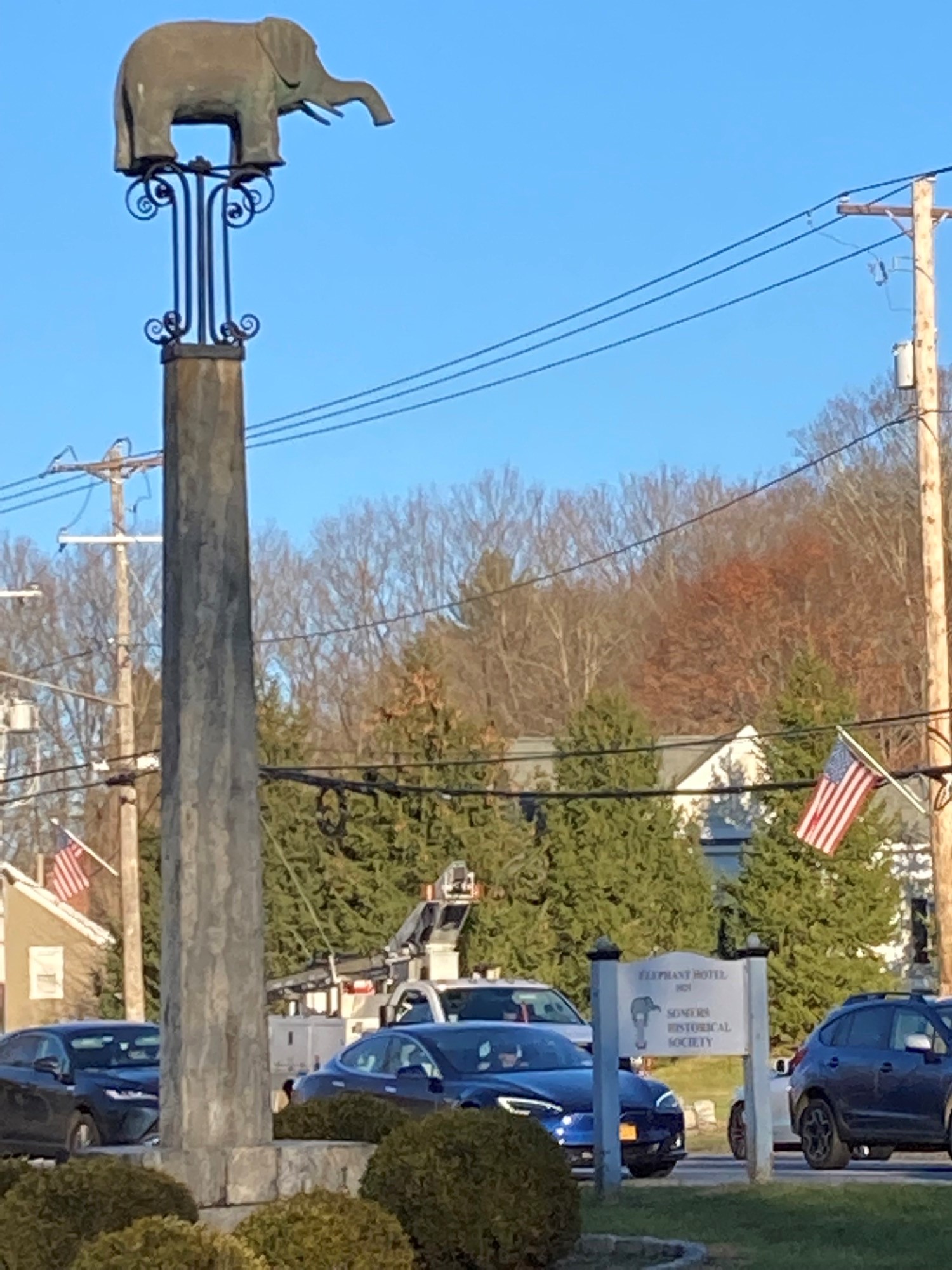 Front of the Elephant Hotel 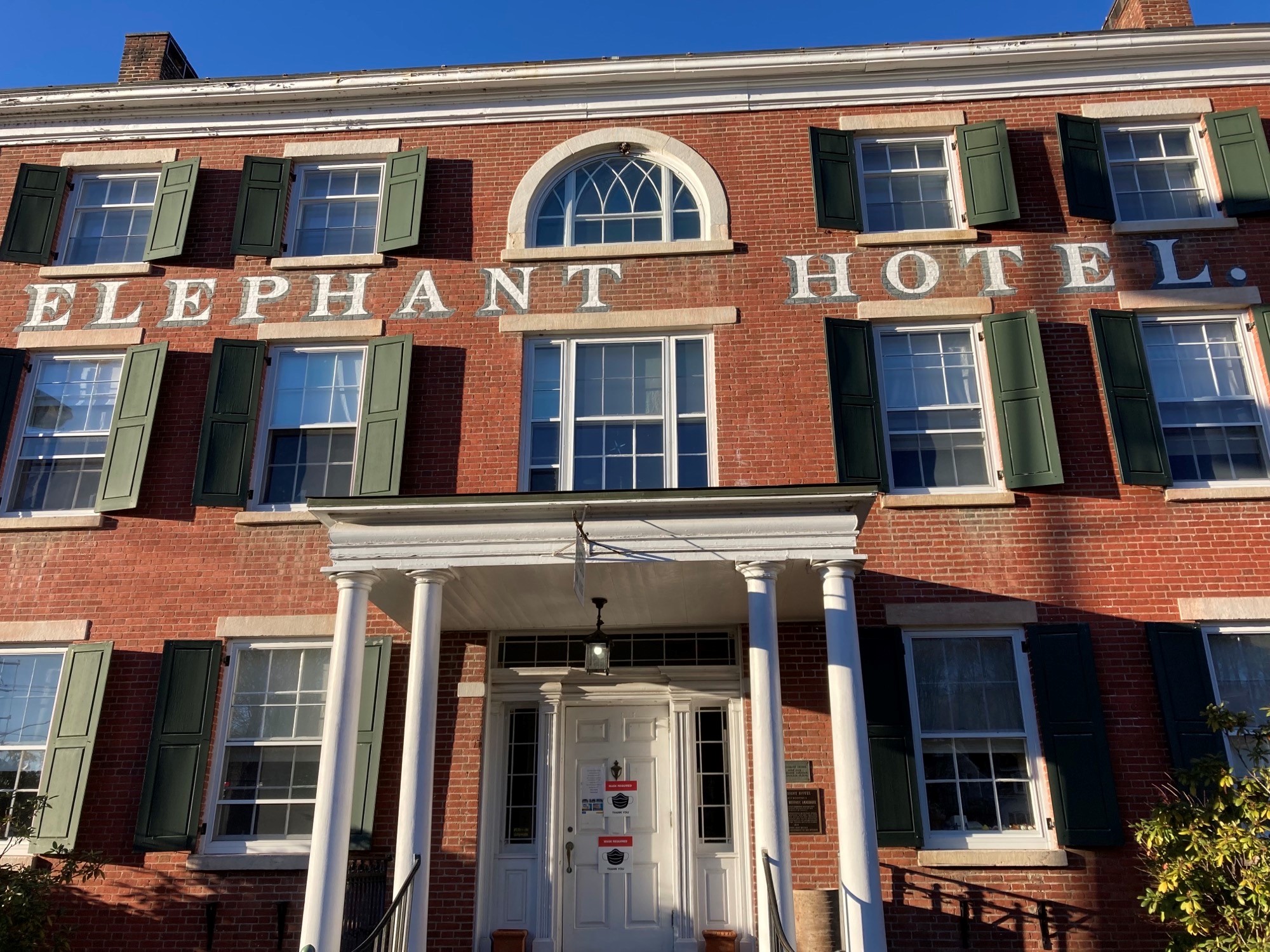 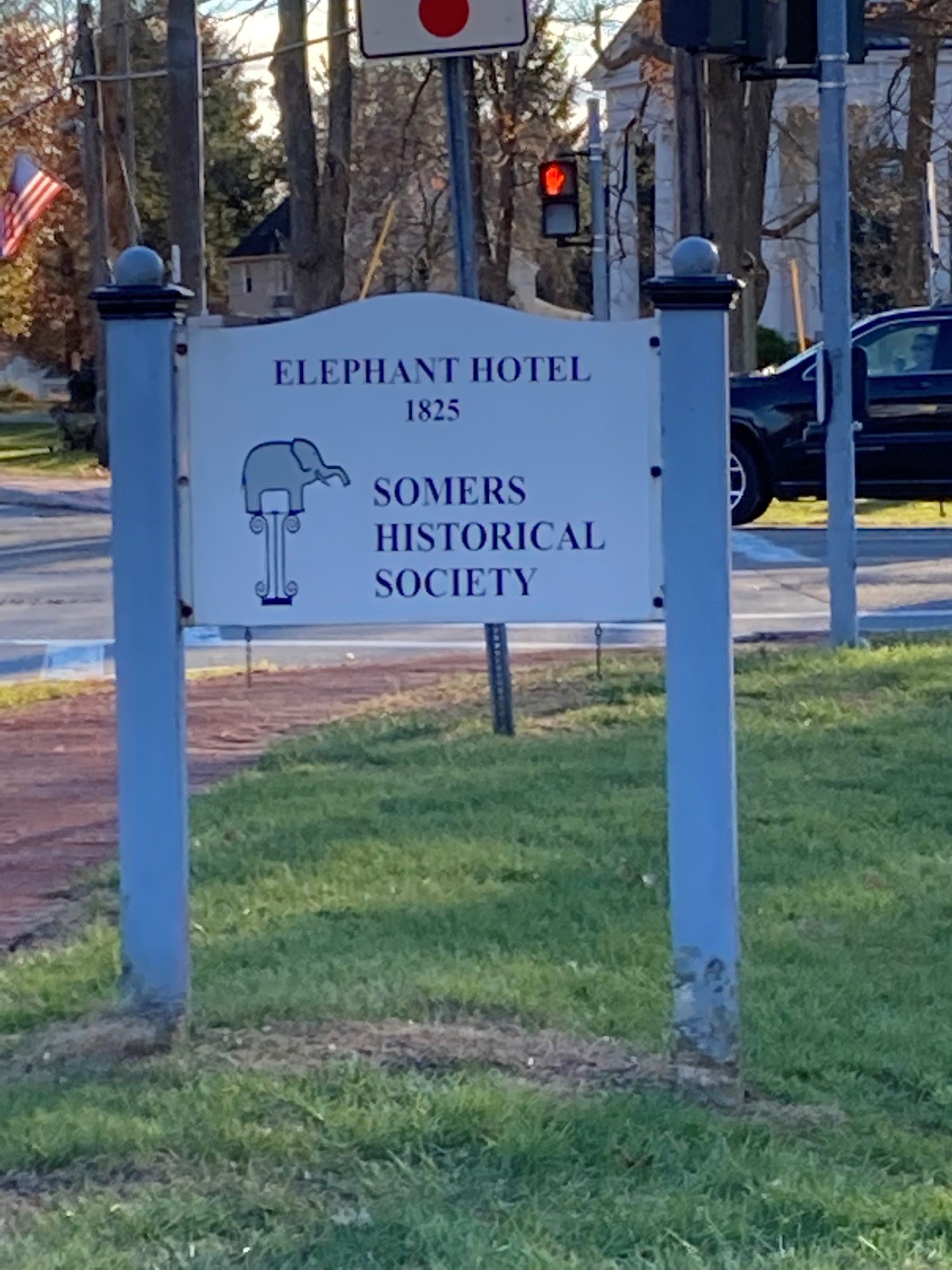 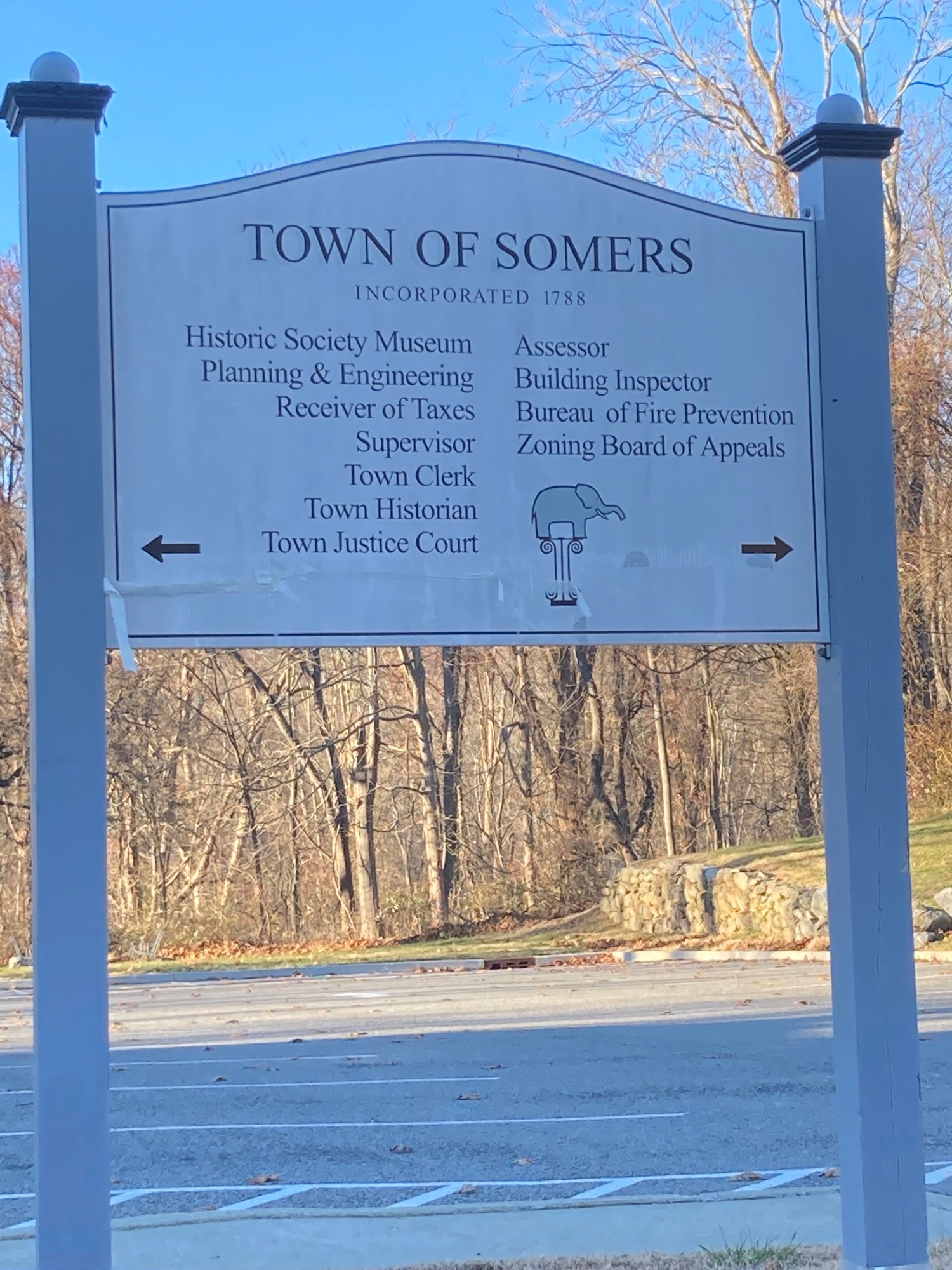 The Elephant Hotel in Somers, New York, was built between 1820 and 1825 by Hachaliah Bailey. Bailey purchased an elephant to perform farm work, but found that the animal attracted a lot of attention from his neighbors (it was only the second elephant brought to the United States). He named the elephant Old Bet and began touring with her, eventually adding other animals to his show.

Bailey’s success with Old Bet and the other animals in his menagerie led others in the area to adopt similar career paths for themselves—touring the country with a variety of wild animals—and the idea of the modern circus was born. Hachaliah Bailey became the founder of the Bailey Circus, and for that reason, Somers is considered to be the birthplace of the American circus. Old Bet died on one of Bailey’s tours, thus prompting the construction of the Elephant Hotel.

The Elephant Hotel was built in Old Bet's honor and to serve as a meeting place for other menagerie owners as they traveled through the region. The property is emblazoned with the words “Elephant Hotel” across the building’s edifice and a gilt replica of an elephant is mounted on a tall shaft in front of the hotel.

Besides being a meeting spot for menagerie owners, the Elephant Hotel served several purposes throughout its history for over a century. The building became an economic center in 1839 with the introduction of the Farmers and Drovers Bank by Horace Bailey, who had since taken over ownership of the Elephant Hotel [3]. The bank would increase interest in the town, as it was only the second established bank that was founded in Westchester County. Unfortunately, the Elephant Hotel would begin to decline in popularity at the turn of the 20th century. By the 1900s, the building was primarily used as a social space. Serving as a tearoom, residence, and inn, many town gatherings would occur here [3]. The invention of the automobile would luckily bring life back to the Elephant Hotel, as it was then utilized as a rest stop for travelers, but only for a limited time. The last surge of attraction to the building occurred in the early 1920s, with the release of D.W. Griffith’s silent film, America. The Elephant Hotel was used as a filming location for part of the film.

The Bailey family eventually handed over ownership, as the Town of Somers purchased the building in 1927. Since this change in ownership, the Elephant Hotel turned into the town hall. The building would then contain offices and serve as the site of town meetings on the first and second floors. Later, the third floor would house the Somers Historical Society and the Museum of the Early American Circus [2]. Today, the Elephant Hotel also houses offices for Planning & Engineering, Receiver of Taxes, Town Clerk, Town Historian, and the Town Justice Court.

In 1974, the Elephant Hotel was entered into the National Register of Historic Places. Then, in 2005, the building was registered as a National Landmark due to its history with the foundation of the American circus [1]. Since 2020, the Elephant Hotel is not open to the public for tours as it once did. However, a tour can still be scheduled through contact and approval by the Somers Historical Society.