Fort Williams was created in 1891 but was never used in combat; instead, it was used for housing and training troops. When it fell into disuse, the town of Cape Elizabeth purchased it in 1964 and designated it a park in 1976. The ruins of Goddard Mansion can be found there today, although the building can no longer be entered by the public, despite previous efforts to restore the building. The park also contains an arboretum; volunteers have attempted to prevent invasive species from ruining the natural landscape of the park. The Portland Head Light is also located in the park, and a rock commemorating the wreck of the Annie C. Maguire can be found near the lighthouse.

A photo of Goddard Mansion, which can no longer be entered by the public due to safety concerns 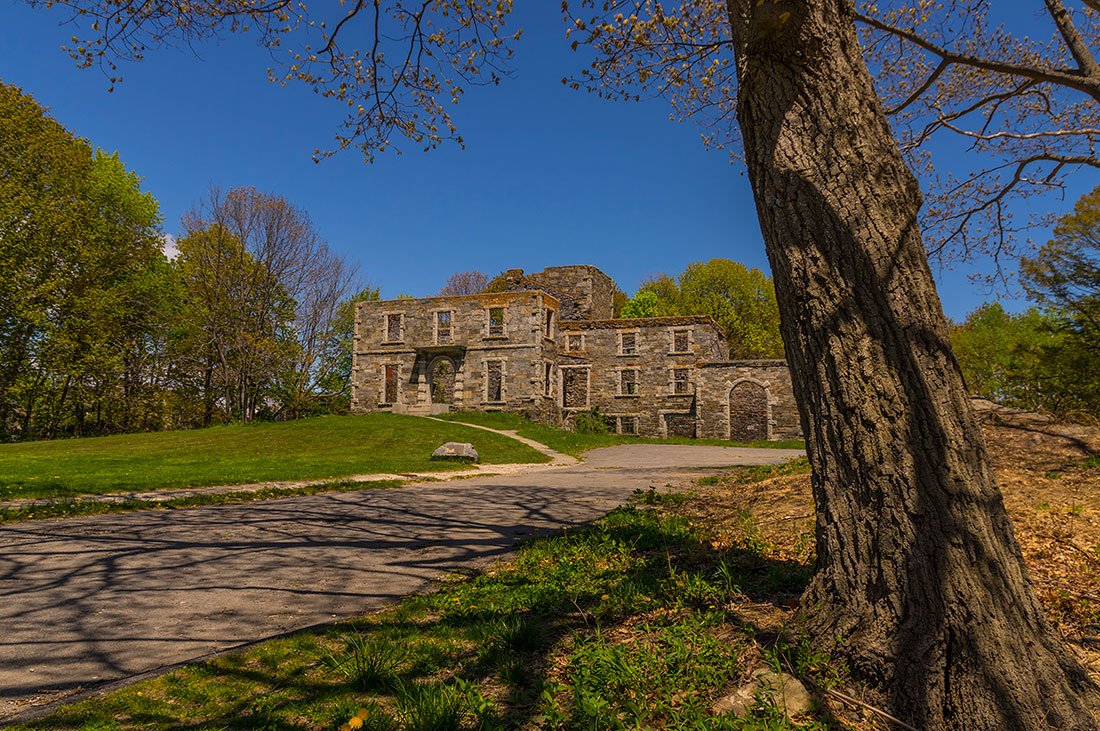 The rock Annie Macguire crashed up against, which now holds a plaque commemorating the event 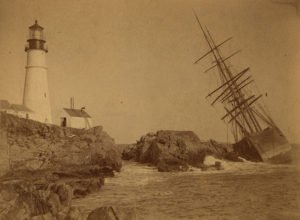 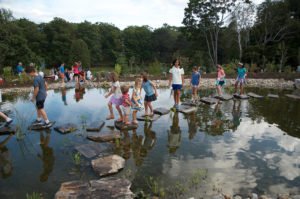 Fort Williams began as a military installation in Cape Elizabeth in 1891, after construction that began in 1873 was completed. It was used as a sub-post of Fort Preble for years until it became independent in 1899. The fort was never used in combat, and guns were never fired; however, the fort was active, used for housing and training troops. In the 1960s the fort was rarely used as needs and technology changed; it officially closed in 1963 and plaques were put up to explain the history of the remaining buildings. In 1964, the town of Cape Elizabeth purchased the land and designated it a park in 1976.
Goddard Mansion's ruins can be found inside the park. It was designed by Charles Alexander and completed in 1859. Originally built for John Goddard, a local businessman and volunteer army colonel during the Civil War, the army purchased the building in 1900 and converted it to quarters for noncommissioned officers. By the time Fort Williams was purchased by Cape Elizabeth, the mansion was in serious disrepair. In 1981 the Town MAnager determined that the building must be restored, so the local fire department burned the interior of the house to remove dangerous debris. The building became open to the public until 2009 when the building was declared unsafe.
The park also includes an arboretum. It began in 2007 by several graduates of the University of Master Gardner Program who were concerned about the negative impact of invasive plants on the grounds. After getting the support of local business people and horticulturists from the university, a plan was presented to the town of Cape Elizabeth. Over 1,000 volunteers came to support the plan, many having gardening experience. Two landscapes, Cliffside and Lighthouse View have been completed, and a Children's Garden is in the process of being developed.
The Portland Head Light is also located in the park. A rock near the lighthouse commemorates the wreck of Annie C. Maguire. On December 24, 1886, the mast of the boat hit the ledge of the lighthouse and the boat became stuck. The lighthouse keeper, Joshua Strout, with the help of townspeople, made a ladder that could stretch from the shore to the ship. The eleven people on the ship made it to the shore safely. However, the reason for the wreck was never known, as the crew claimed to clearly see the lighthouse and have no visibility problems.

Sunrise to sunset every day