In 1927, a barber named Dominic Parisi opened Caffé Reggio at 119 McDougal Street in Greenwich Village. At its conception, it was actually a spot where Parisi would offer free cups of coffee to his customers who were waiting their turn for a haircut. Soon, however, the delicious brewed drinks became so popular that Parisi decided to open it as an official café. This café was the first in America to serve the cappuccino when Parisi brought his espresso machine over from Italy.

Dominic Parisi with his espresso machine 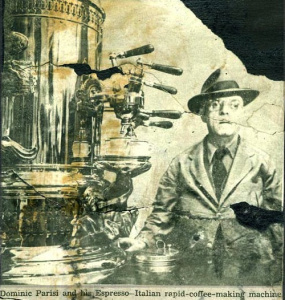 Menu for Caffé Reggio circa 1959 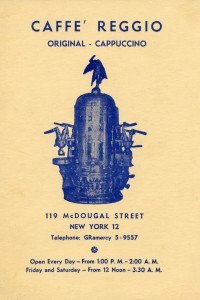 Inside Caffé Reggio circa 1960s 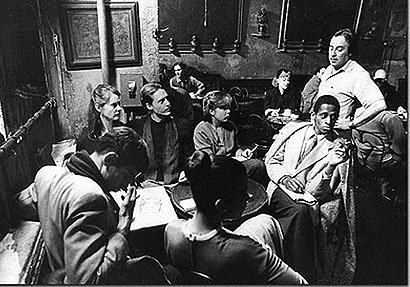 Outside Caffé Reggio circa 1974 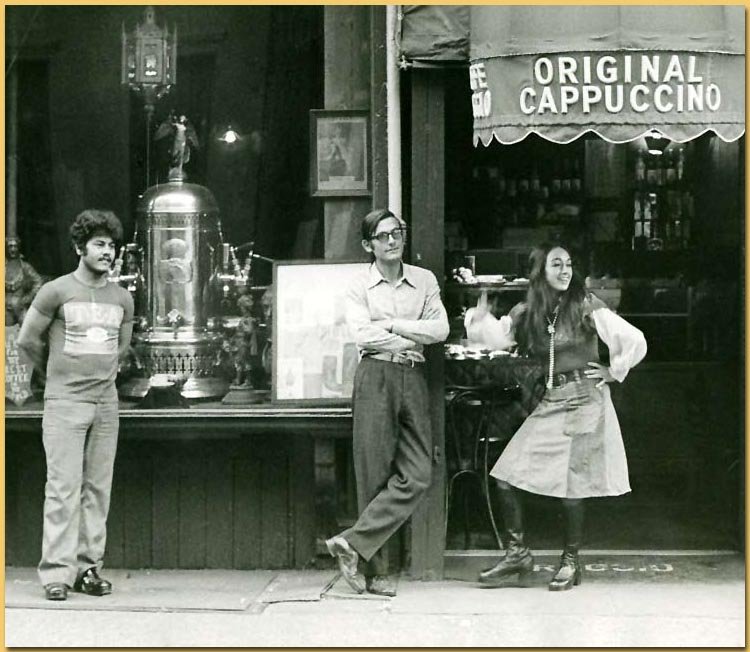 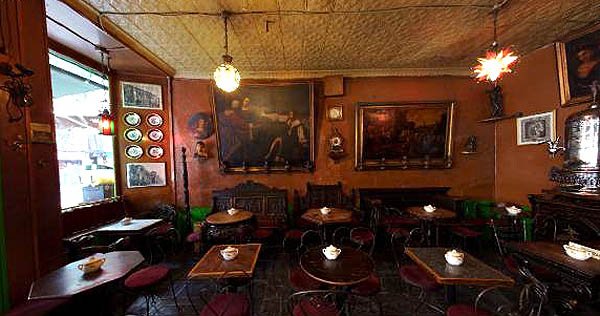 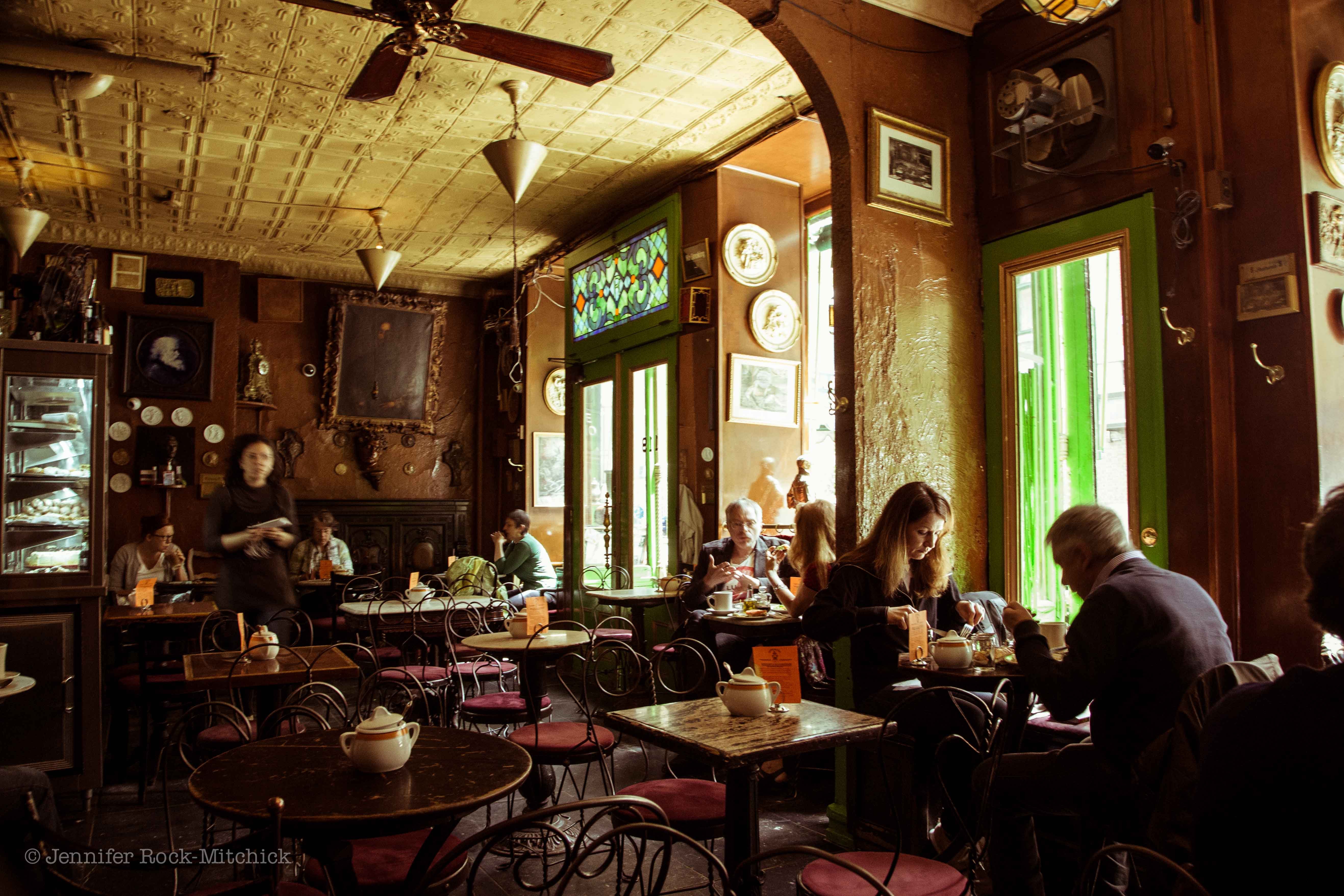 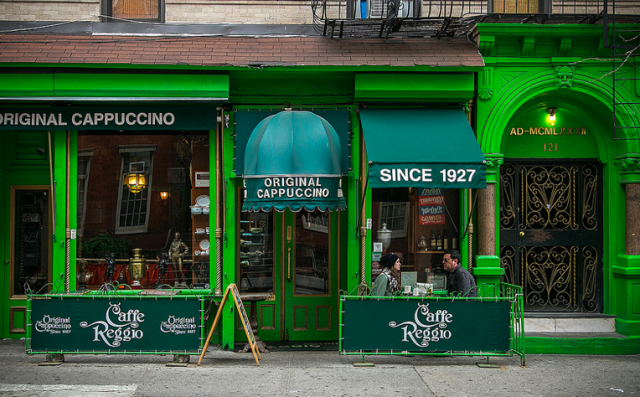 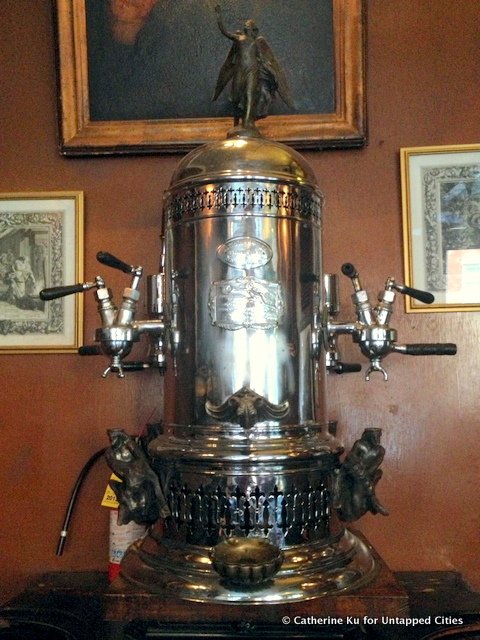 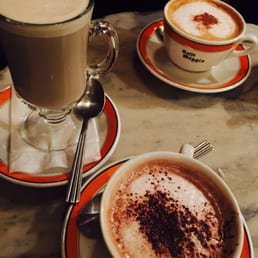 In 1927, a barber named Dominic Parisi opened Caffé Reggio at 119 McDougal Street in Greenwich Village. It didn't begin as the coffeehouse visitors and residents know it as today, though. At its conception, it was actually a spot where Parisi would offer free cups of coffee to his customers who were waiting their turn for a haircut. Soon, however, the delicious brewed drinks became so popular that Parisi decided to open it as an official café.

Though today the café offers a wide variety of caffeinated beverages, such as the caffé mocha, macchiato, and Americano, it was once known primarily for one particular drink: the cappuccino. In fact, Parisi brought the first ever espresso machine of its kind to America, and in his New York City café, introduced the cappuccino to the American public. Though the menu has grown over the decades, the cappuccino is still the star at Caffé Reggio.

The cappuccino isn't the only thing still thriving at the café from those days, though. The original espresso machine itself is still an attraction -- as well as a continually used piece of equipment -- at the restaurant today. It was initially created as a showpiece for the 1900 Paris World’s Fair, and was then bought by Parisi for $1,000 -- a substantial amount for the time. It is complete with valves, gauges, and decorative bronze angels and horses, all of which the new owner Fabrizio Cavallacci (who inherited the shop from his father) had polished a few years ago so it still shines like new. In fact, at one point comedian Bill Cosby was interested in buying it from the café. However, no attempts at purchasing the machine have yet removed it from its longtime home.

Beyond the espresso machine, numerous other antiques adorn the café, including a 600-year-old bench that was once owned by the famous Medici family of Florence, Italy, the ceiling fan that appeared in the classic film Casablanca, and huge paintings from the famous school of Michelangelo Caravaggio. These antiques haven't retired in the café, however. Similar to the still-functioning espresso machine, the centuries-old bench is still lounged upon by coffee-sipping customers, and the fan is still put to use on many a hot summer's day.

As well as being the home of antiques and art, Caffé Reggio has also been a hot spot for shooting films (or notable scenes for films, at least). Scenes from The Godfather II, Serpico, and, more recently, Inside Llewyn Davis, among others, have been shot in the café. Film companies approach the restaurant with their inquiries to film there, rather than the other way around, and the charge the companies a fee when it causes them to shut down shop for several hours. However, no fee is charged to student groups with one camera man who can be done at the location in a half hour.

Today, Caffé Reggio continues to be a refreshing face among a coffeehouse-chain world. It remains a popular spot in the hectic city, holding on to its 1920s-esque charm even as the world around it changes. Open 365 days of the year, the café is there even for those craving a cappuccino on Christmas morning or New Year's Eve. It has only ever been owned by two Italian families, and continues serving up traditional dishes and coffee beverages.