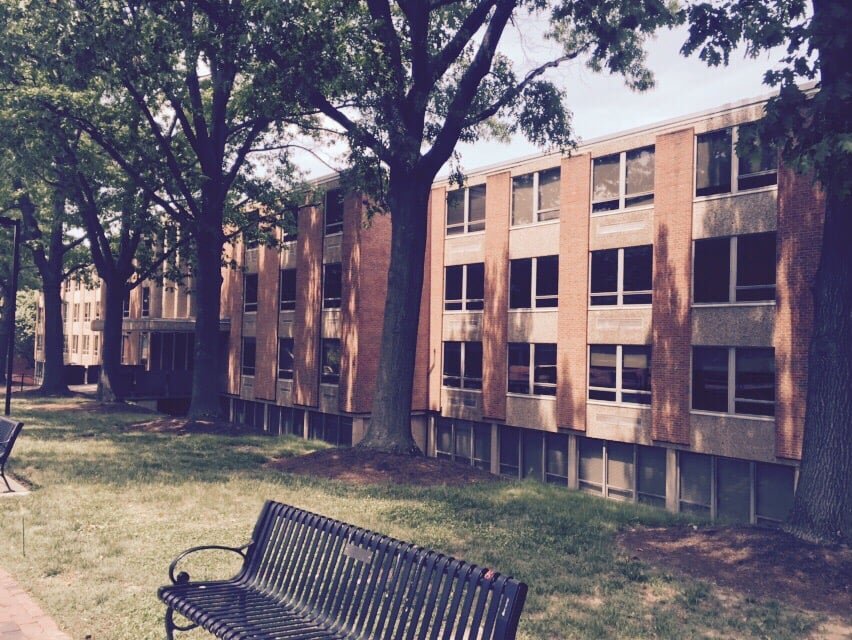 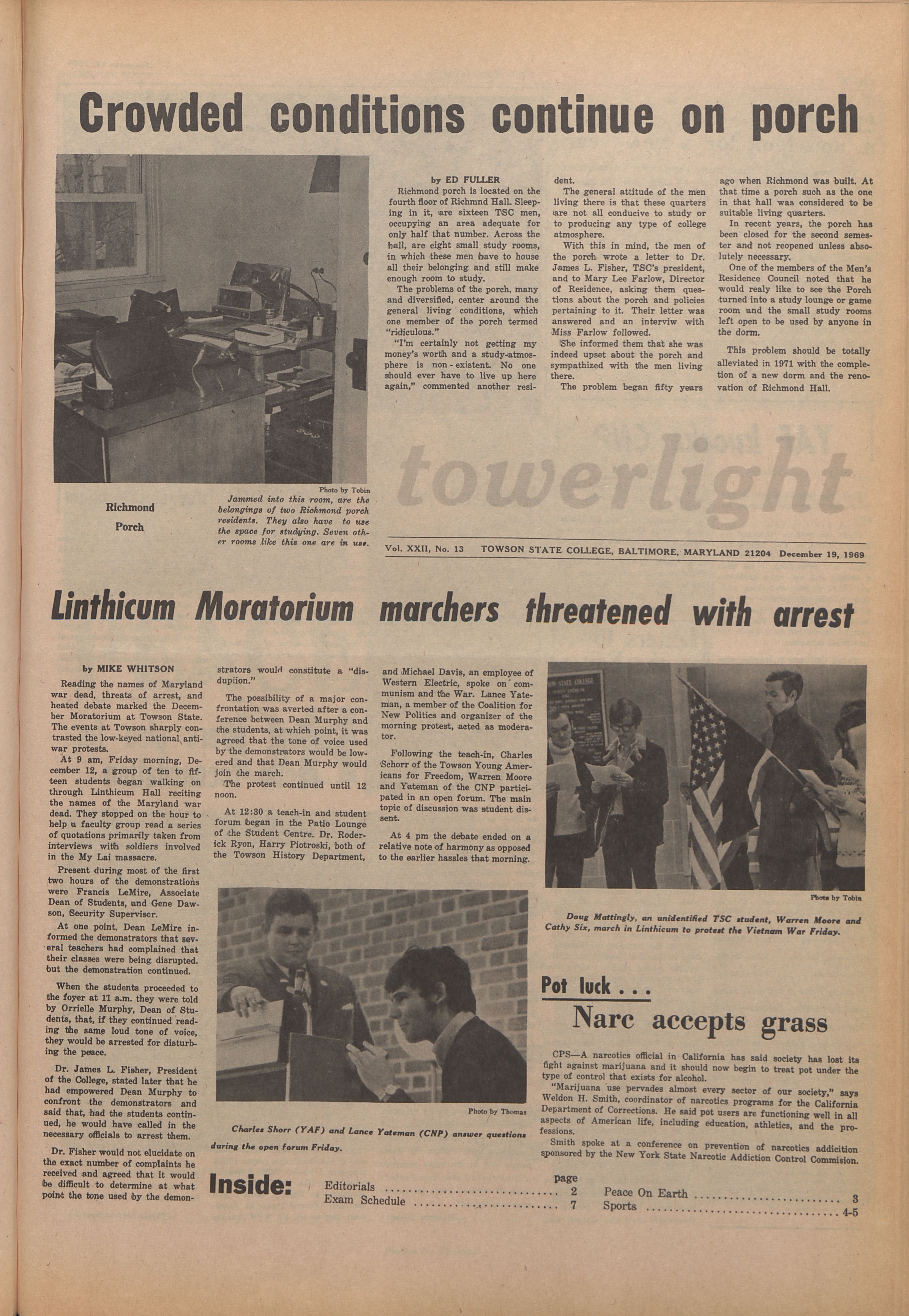 By 1969, The Vietnam War was already coming to an end. The Gulf of Tonkin Resolution had been signed in 1964, giving President Lyndon B. Johnson full authority to conduct military operations in Southeast Asia without declaring war. In 1968, the Tet Offensive was deemed the turning point of the war, when the Viet Cong broke the treaty that promised peace on the Tet holiday and launched a series of surprise attacks on South Vietnamese and American forces. In 1969, President Nixon had started the process of withdrawing American troops. He termed his plan the "Nixon Doctrine" and his policy famously became known as Vietnamization. By this time, nearly 37,000 Americans had already perished in the war.

At 9 am on the morning of December 12th, 1969, about a dozen Towson State College students occupied Linthicum Hall in a "Procession Against Death." The decision to carry out this event was inspired by the tragic deaths of American boys in the Vietnam War. As the students proceeded through the hallways of Linthicum, the names of each American boy who was killed in Vietnam were read out loud. With the number of deceased American servicemen reaching 11,780 in the year 1969 alone, this procession required a true sense of determination to honor every single one of those soldiers. On the hour, the students stopped and aided a faculty group in reading specific quotes taken from interviews with soldiers who were involved in the My Lai massacre.

Shortly after the event began, professors started to complain that the procession was disrupting class. After a brief acknowledgement of these complaints, the protesters continued on with the procession. The Dean of Students, Orrielle Murphy, was instructed to inform the protesters that if the procession continued with this loud tone of voice, everyone participating would be arrested for disturbing the peace. The President of the College at the time, James L. Fischer, took credit for the idea of confronting the protesters, stating that he would not have hesitated to contact the authorities if the students had continued.

After meeting with the Dean of Students, the leaders of the procession agreed to lower their voices. The procession resumed and the students accomplished exactly what they had set out to do. Shortly after the procession ended at 12:30 pm, a student forum was opened up as an opportunity for anyone to voice their opinion on communism and the Vietnam War. After the student forum, an open forum was held to discuss the topic of student dissent. The event ended at 4 pm with both parties grateful that tensions had not escalated any more.

In May of 1972, 23 Towson State students were arrested in a protest against the Vietnam War, staged as a sit-in and takeover of Linthicum Hall. The day preceding the takeover consisted of peaceful candlelight demonstration involving over 700 people on campus. As the evening progressed, a small group of about two dozen more radical student activists gathered to plan the takeover of the classroom building. Between the hours of 2 and 4 in the morning, these students overtook the building, blocking entrances and hallways. 23 were arrested with charges of trespassing and hindering police officers. The protest was peaceful and resulted in no injuries, but was one of the largest responses in terms of severity from Towson police and administration to a student protest to the war. One of the students arrested was quoted saying, explaining the student’s motivation to perform this protest despite the known consequences, “...once I was inside I realized that an arrest was not important compared to what was going on in Vietnam, so I stayed.” (Towson Bureau of The Sun).