Constructed from 1886-88, this mansion was home to Joel Cornish, a descendant of English Puritans who arrived in North America on the Mayflower. Joel N. Cornish moved from New York Iowa in 1854 and worked as a lawyer. During the Civil War, he served in the Iowa cavalry and Abraham Lincoln eventually promoted him to Colonel. Joel later moved to Omaha, where he worked as a banker before becoming a real estate mogul who purchased land within Omaha’s original “gold coast." Along with his wife and four children, Cornish moved into this Second Empire mansion after it was completed in 1888.

This historic mansion was completed in 1888 for one of the city's most influential bankers and real estate moguls. 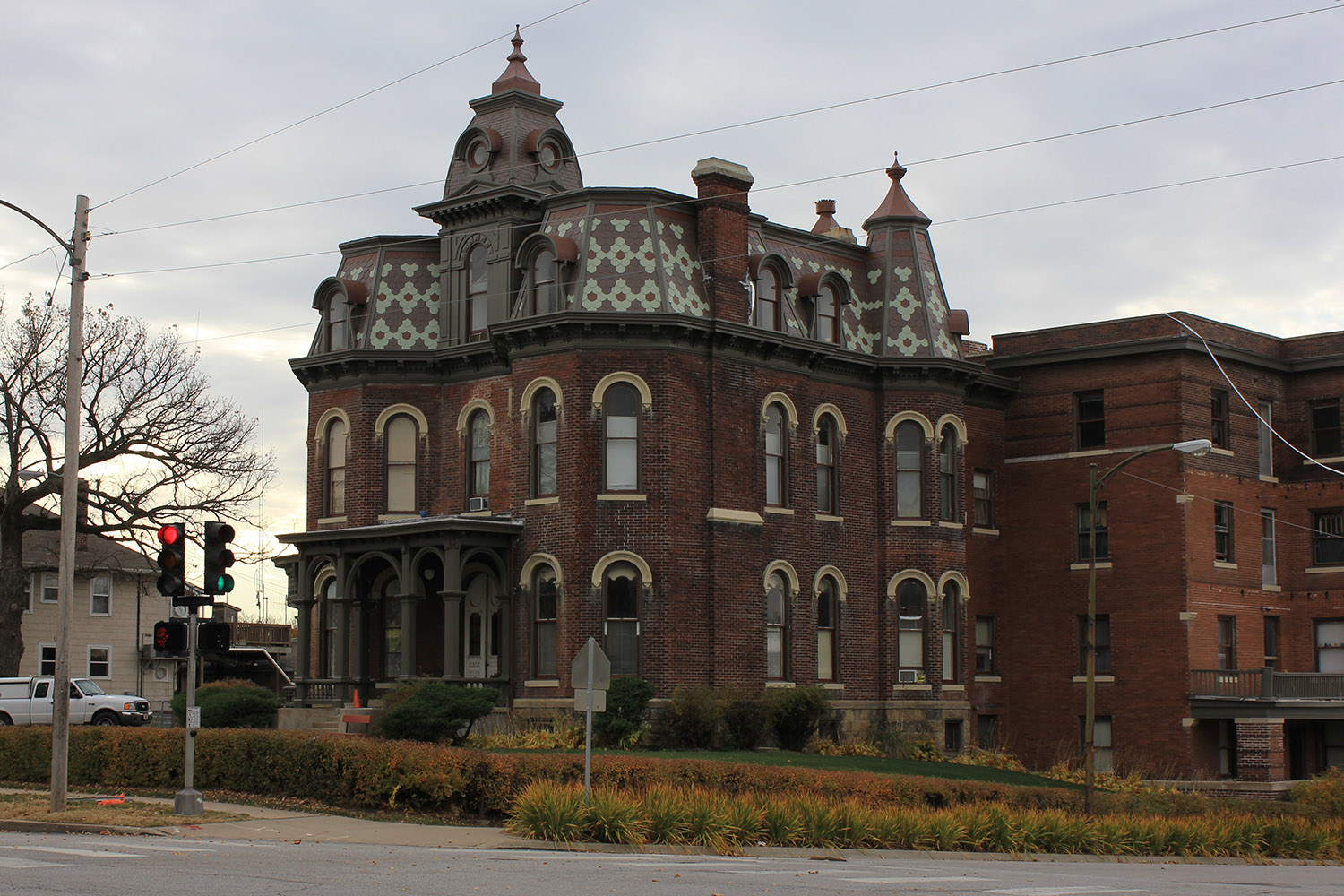 The historic mansion's original owner and resident, Joel Cornish, was born in 1828, but his ancestors arrived to America via the Mayflower from Cornwall, England in 1692. His journey westward mirrors that of the overall U.S. historical story. The grandness of the mansion speaks the rapid transition of Omaha -- a hub of the Trans-Continental Railroad -- a desolate location that had been controlled by Native Americans only thirty-two years prior to the arrival of the Cornish family in 1886. Indeed, during the 1880s, Omaha tripled in size.

Though Omaha's growth from the 1850s to the 1880s are beyond the scope of this entry, one can point to the gold rushes, American dietary habits (beef consumption), engineering, westward trail movements, the arrival of the railroad and ties to Chicago (and New York) as significant factors. By the time Cornish arrived,in Omaha, those factors helped the town (and overall region) enjoy a significant construction and population boom, which provided him with bountiful economic success.

Prior to arriving to Omaha he attended college in Albany and eventually graduate with a law degree. He moved to Iowa City and began practicing law there in 1855, followed by a successful law practice in Sidney, Iowa from 1859-62. During the Civil War, in 1862, he was appointed draft commissioner for his congressional district and carried the rank of lieutenant colonel in the cavalry. Later he was commissioned by Abraham Lincoln as colonel of Iowa cavalry. By the war's end, he enjoyed the rank of Colonel, provided to him by President Abraham Lincoln.

After the war, he turned that early law and war success into banking prosperity. First, in 1877, he started the First National Bank of Hamburg, Iowa. Nine years later, in 1886, Joel (Colonel) Cornish moved to Omaha and served as president of the National Bank of Commerce while concurrently purchasing the land where the mansion now stands. While in Omaha, Joel Cornish also became involved with the Midland State Bank, the Carter White Lead Company, and the Omaha Real Estate Owners’ Association. Given Omaha's rapid maturation from frontier town to bustling major city, working in banking and real estate served the Cornish family well, from an economic viewpoint.

Joel, his wife, and four children moved into the house in 1888; it was the only house they owned in the city. Joel N. Cornish died June 7, 1908 and his family remained in the house until 1911 when the mansion was converted into apartments. Despite its conversion, the house retains much of its interior and exterior features.