The Grand Ole Opry in Nashville, Tennessee is the home of country music. Founded by George D. Hay, the Grand Ole Opry first aired on Nashville's WSM Radio on November 28, 1925, with a well-known fiddle player named Uncle Jimmy Thompson being the first performer. Entertainers such as Roy Acuff, Minnie Pearl, and Ernest Tubb played major roles in establishing the Opry, and through the years, countless other iconic artists have stood in the legendary 6-foot circle of hardwood from the Ryman Auditorium, the Opry's home for 30 years. The current Grand Ole Opry House was dedicated in 1974, with then President Richard Nixon in attendance. One of the top attractions in Tennessee, the Grand Ole Opry remains "country's most famous stage."

The Front of the Grand Ole Opry House 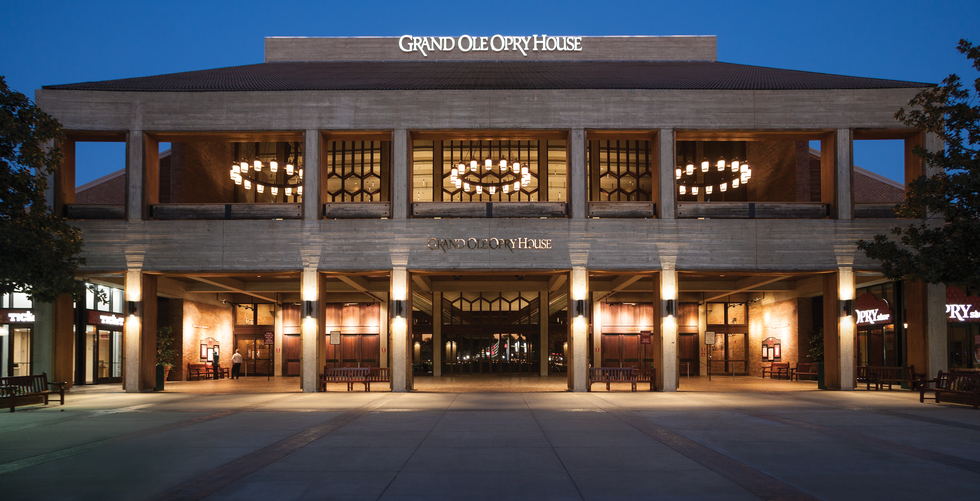 The dedication of the new Grand Ole Opry House, with President Richard Nixon (seen on the far right, playing the piano) in attendance. 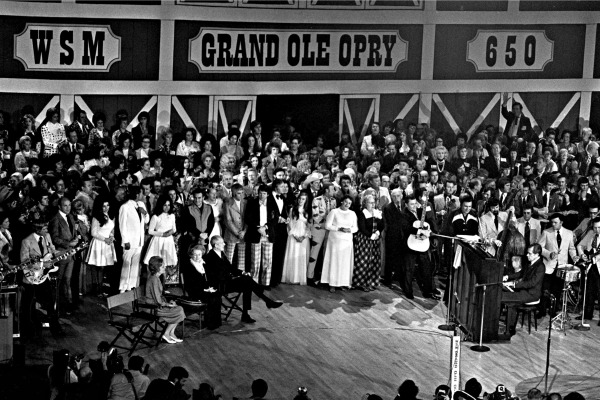 Two Opry legends, Minnie Pearl and Roy Acuff, on the Opry stage in 1987. 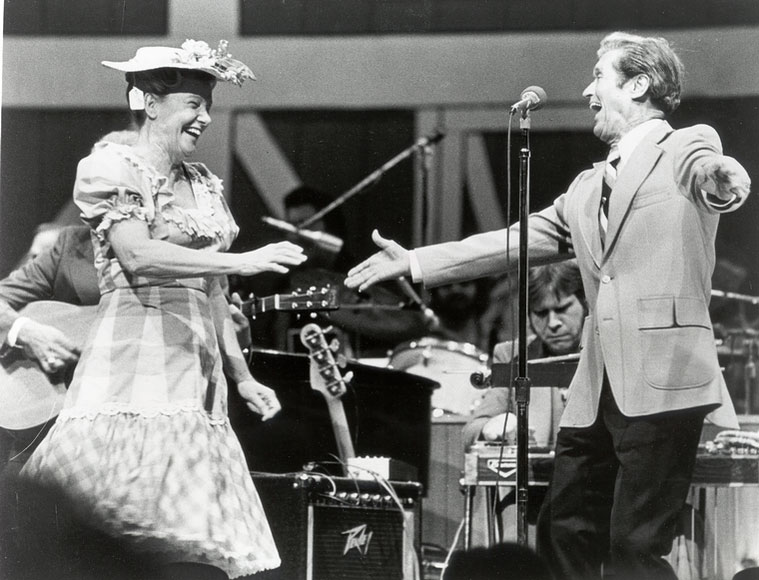 Grand Ole Opry cast performing at the Opry's then home, the Ryman Auditorium, 1969. 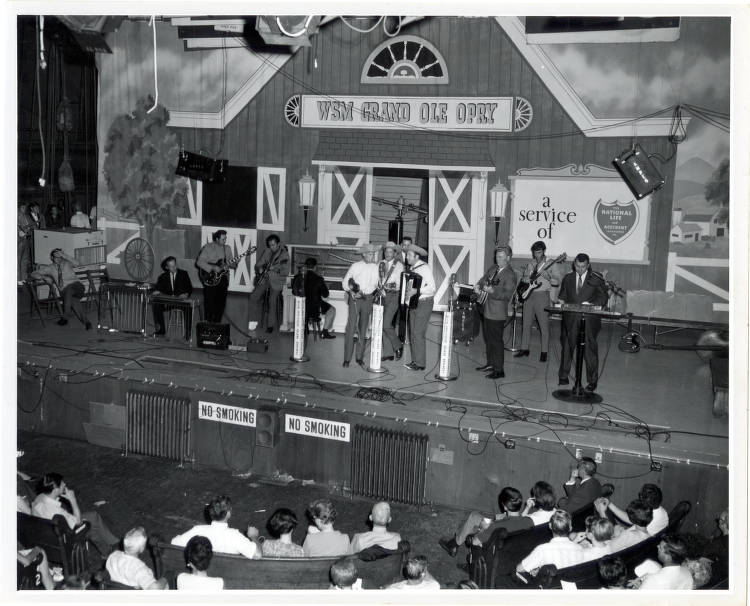 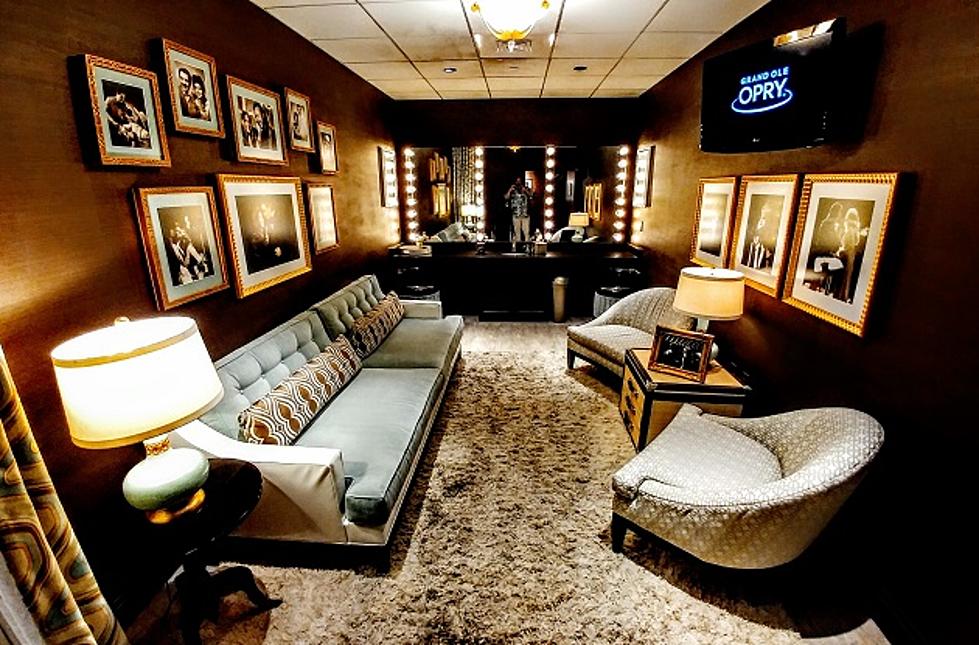 The Grand Ole Opry stage, with the iconic 6-foot circle from the Ryman Auditorium in the spotlight. 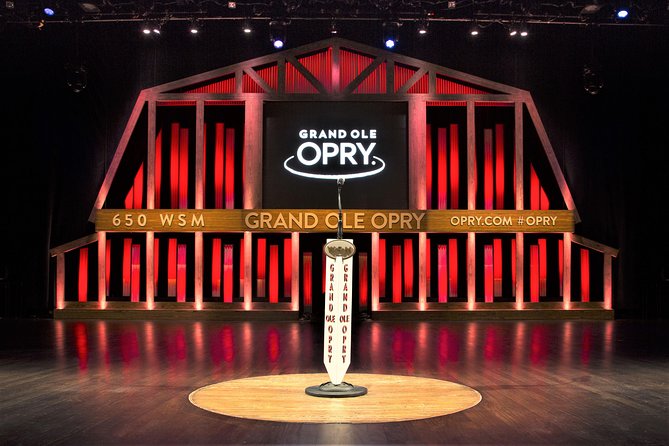 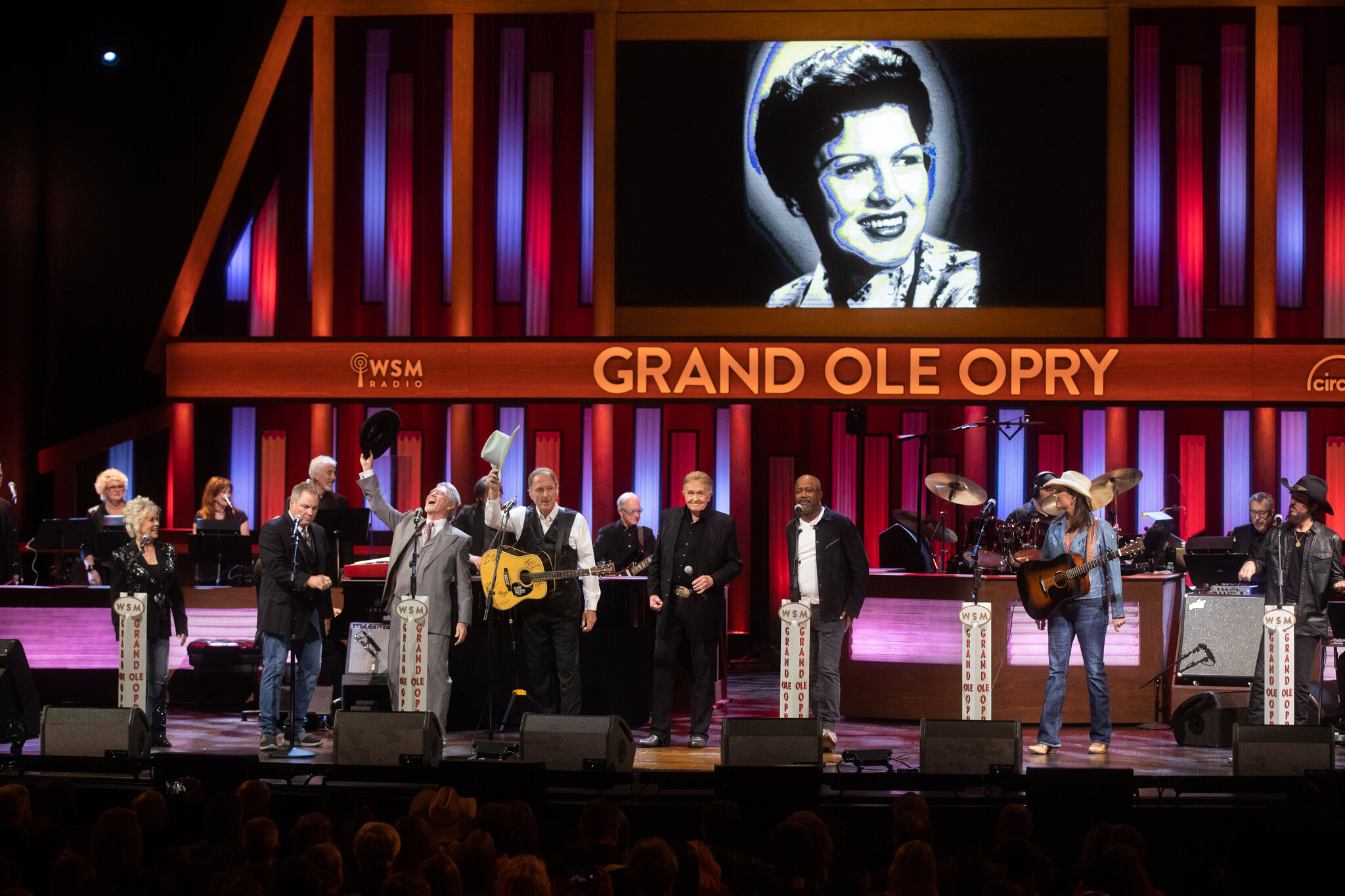 Inside the Grand Ole Opry House 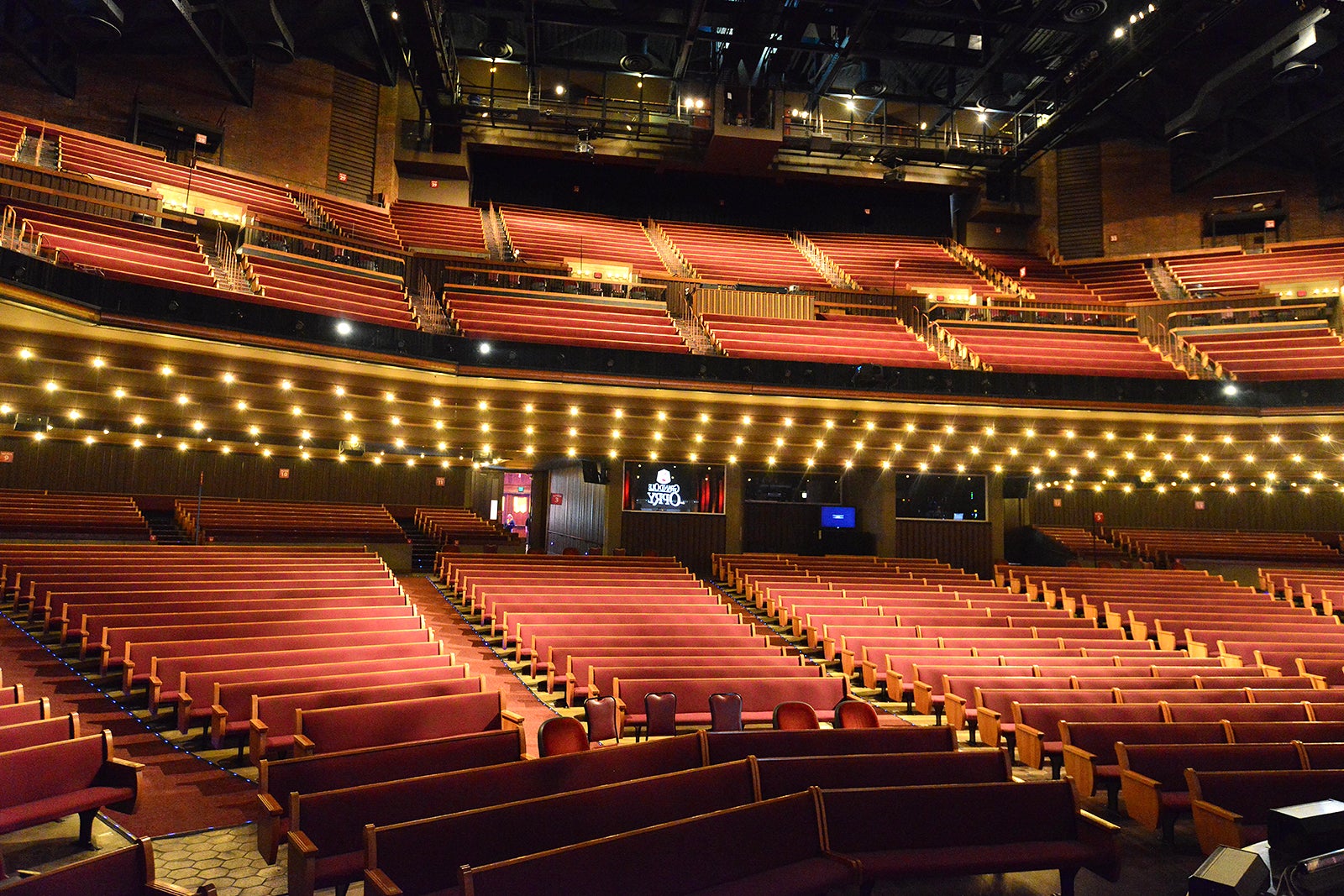 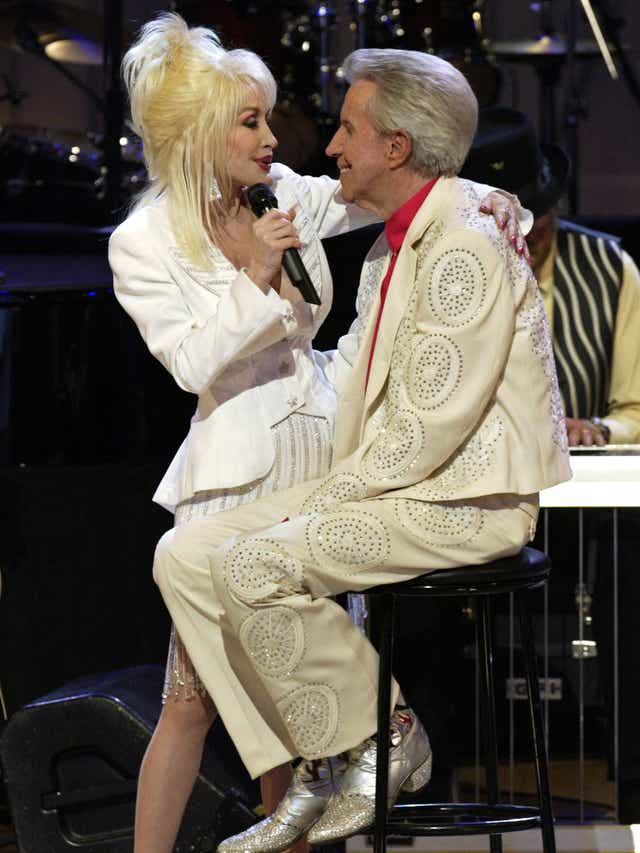 The first Grand Ole Opry radio program was broadcast live from the National Life and Accident Insurance Company headquarters in Nashville on November 28, 1925. A 77-year-old fiddle player named Uncle Jimmy Thompson kicked off the show with a set that began with the “Tennessee Wagoner.” Initially, the program was called named the WSM Barn Dance, after a successful Chicago radio program known as the National Barn Dance. Wanting to create their own southern version of the National Barn Dance, George D. Hay and producers at Nashville’s WSM Radio decided to launch the WSM Barn Dance.

The National Barn Dance, which aired on Saturday nights, featured country-western music, even helping launch the career of the Singing Cowboy, Gene Autry. Both the WSM Barn Dance, which also aired on Saturday nights, and the National Barn Dance reached a broad audience and ignited a popular interest in country-western music. Although the WSM Barn Dance was only broadcast by radio, producers at WSM requested that their performers wear period costumes and adopt old-time, country names.

In 1927, Hay, the program director at WSM, renamed the WSM Barn Dance the Grand Ole Opry. Early Opry performers included “hoedown bands” such as banjo player Uncle Dave Macon, The Gully Jumpers, and The Possum Hunters. DeFord Bailey, “The Harmonica Wizard,” made his Opry debut in 1926, becoming the first African American member of the Opry. Roy Acuff became an Opry member and regular in the late 1930s, leading the Opry to shift away from strictly instrumental music to vocal performers. Acuff would remain an Opry mainstay until his death in 1992.

By the early 1930s, WSM was looking to reach a broader audience and installed the then world’s tallest radio tower in Brentwood, Tennessee. This allowed the Opry to be heard from New York to California, and even into Canada and Mexico. For nearly 20 years, the Grand Ole Opry had been hosted from different venues such as the Dixie Tabernacle, the Hillsboro Theater, and the War Memorial Auditorium, but in 1943, the Opry found a new location at the Ryman Auditorium.

The Ryman, located in the heart of downtown, remained the home of the Grand Ole Opry until 1974. A few of the iconic country music singers to become members of the Opry during that time include Jimmy Dickens, Hank Williams, Kitty Wells, Porter Wagoner, George Jones, Johnny Cash, Patsy Cline, Loretta Lynn, Tammy Wynette, Dolly Parton, and many more. When the Opry moved to the new Grand Ole Opry House in 1974, the legendary 6-foot wooden circle was removed from the Ryman and placed on the stage of the new Opry House. The Ryman would be out of commission for 20 years, reopening in 1994 and again hosting the Opry seasonally.

The Opry began to reach an even wider audience when PBS first aired a performance in its entirety, and shortly thereafter, it became a half-hour weekly show. A catastrophic flood hit Nashville and the Opry House in 2010, temporarily moving the Opry back to the War Memorial Auditorium and Ryman. During the COVID-19 pandemic, the Opry returned to its original roots and again broadcasted as a live show without an audience. Now the longest running radio show, the Opry continues to air live weekly on WSM Radio and on the Circle television network. In addition to the weekly shows, the Opry also offers tours, giving visitors a premiere backstage experience.

Varies, call ahead for details