Brown Memorial is a historic urban congregation in North Baltimore. Founded in 1869 with money donated by the wife of philanthropist Alexander Brown's son (Brown founded America's first investment bank earlier in the century), the Gothic Revival church remains a centerpiece of the Bolton Hill neighborhood. In the early twentieth century, the church installed a series of stained-glass windows designed by Louis Comfort Tiffany. The windows are today one of the most substantial collections of Tiffany art in the original setting. In 1931, the church installed a 3,000-pipe Skinner organ, one of the finest of its kind in the United States. 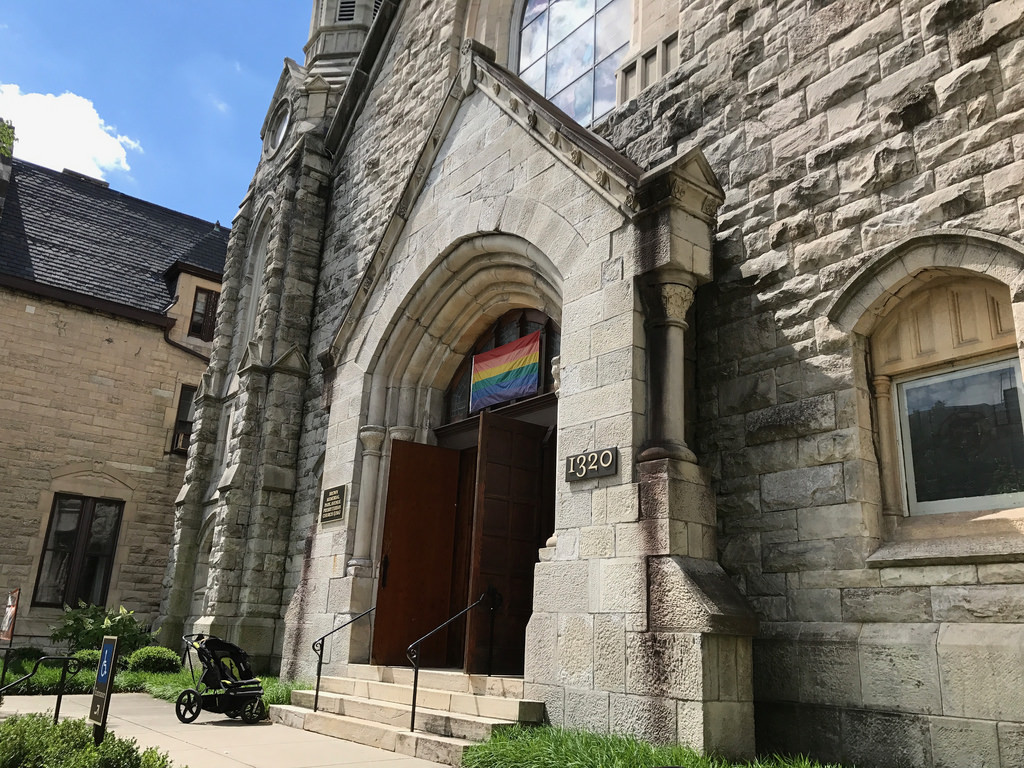 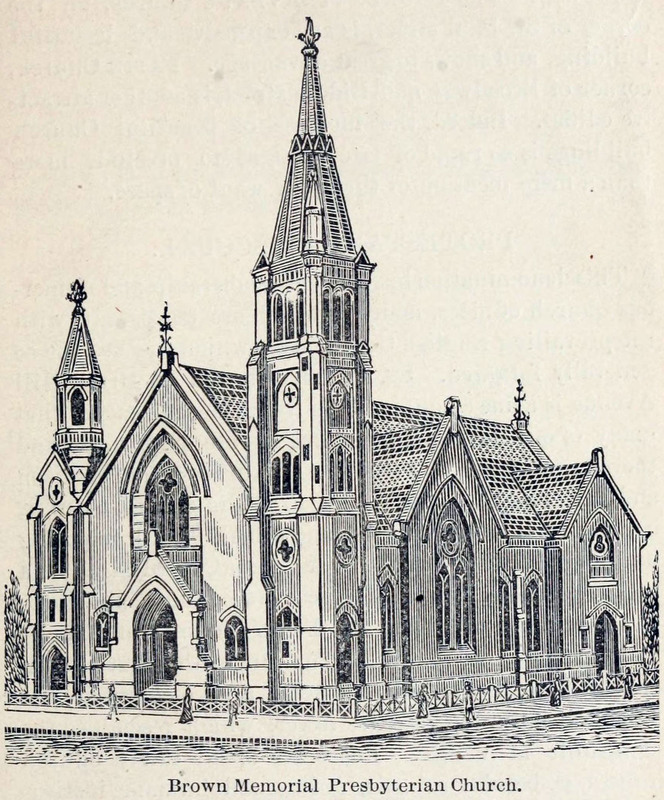 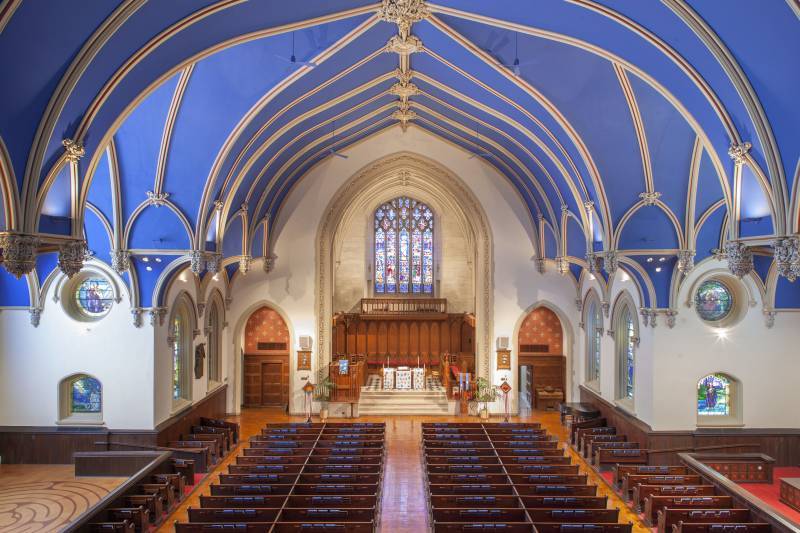 The church was designed by Nathaniel Henry Hutton and John Murdoch. In the 1950s, renowned soloist Virgil Fox acted as Brown Memorial's organist, while he was teaching at the nearby Peabody Conservatory. Brown Memorial underwent an extensive renovation from 2001-2003, restoring it to its position as a significant "treasure of art and architecture" in urban Baltimore. The congregation is known today for its modern liberal theology and community engagement.

Elizabeth A. Evetts, "Window to the Future: the recent restoration of Brown Memorial Church reinforces a congregation's commitment to the city," Baltimore Magazine, April 2003.