These external arcs and windows have a Romanesque Byzantine architecture. All the pictures were taken by the original creator of this entry (Sebastian Bolanos). 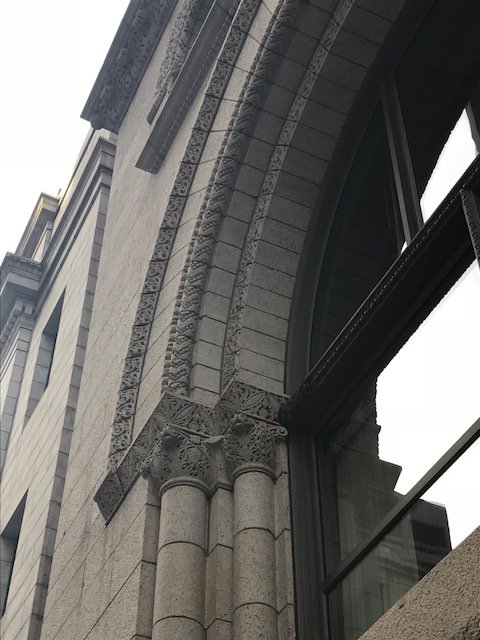 This is a closer view of the arcs. 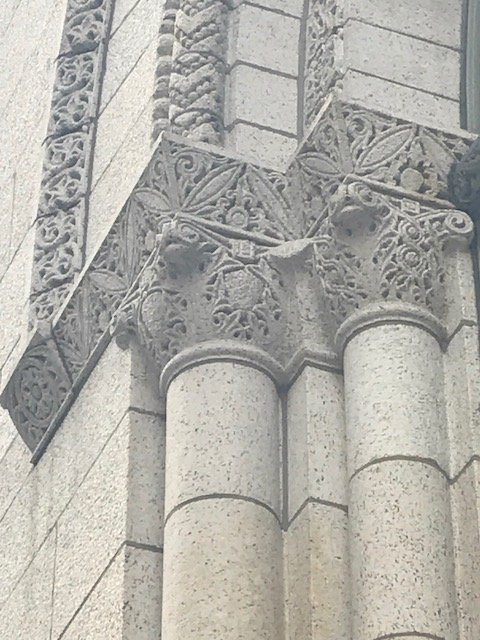 When stepping inside the hotel, there is a beautiful Romanesque Byzantine mosaic. 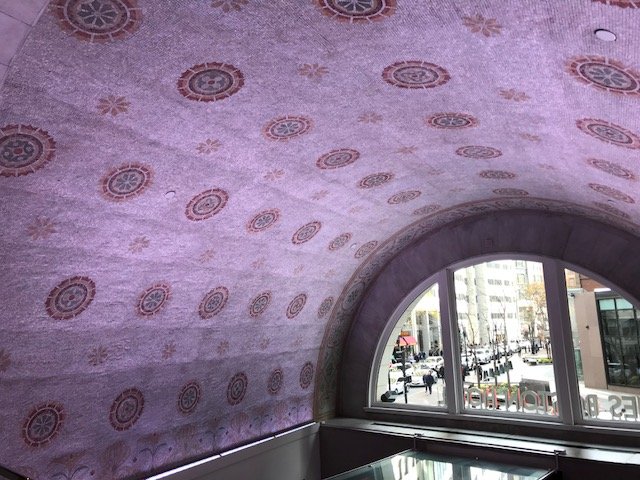 This is the waiting area of the lobby, a part of the modernized portion of the hotel. 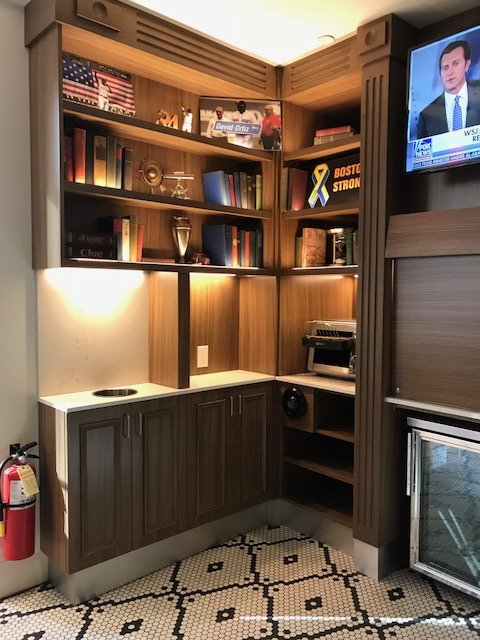 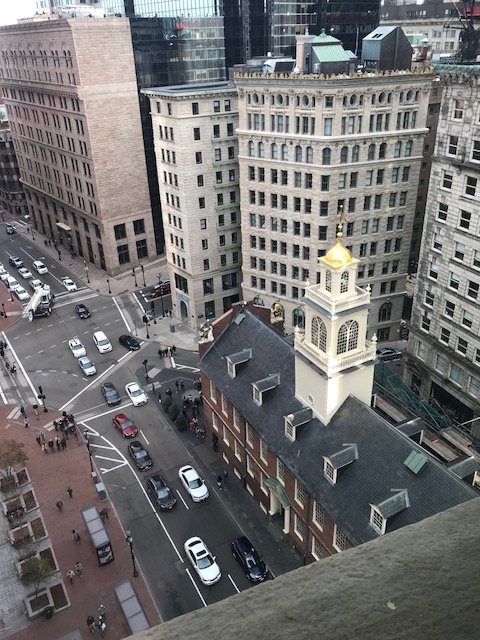 On the 14th floor of the building there are images of Bobby Orr and Harry Sinden. These images are originally from the Sports Museum and are of important events in sports history. 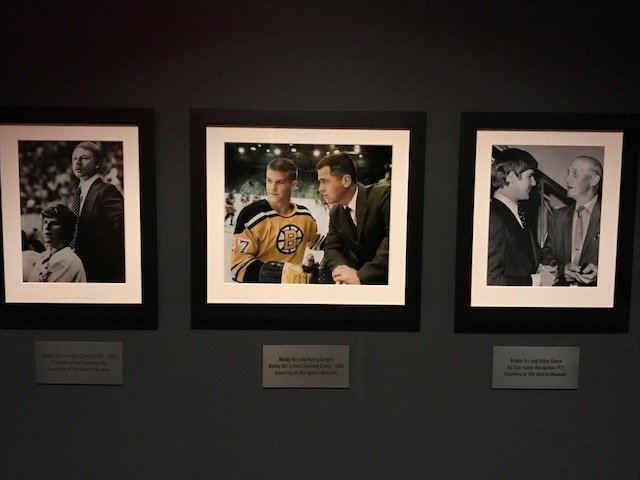 The story of the Ames Building can be traced back to earliest years of the American colonies. Captain John Ames was a Blacksmith in Massachusetts Colony who produced iron. However, in 1773 Britain outlawed the manufacture of iron in the American colonies, Ames changed his business from iron production to making shovels and working as a gunsmith. He supported the rebels in the American Revolution, and event that helped his business as he created guns and shovels for the revolutionaries.

The son of Oliver, Frederick Lothrop Ames, became the new head of the company and planned the construction of this building. Ames became the wealthiest person in the state as he invested his inherited wealth in railroads and a variety of other businesses. This building was one of the twelve buildings commissioned by Frederick Ames.

Ames commissioned architect Henry Hobson Richardson to produce this building as the headquarters of his agricultural supply company. Richardson passed away before the plans were complete and signed a will saying he wanted Shepley, Rutan and Coolidge to finish this and several other buildings that Ames had commissioned. respecting this advice, Ames commissioned the firm of Shepley, Rutan and Coolidge to build the Ames Building. The firm contracted the Norcross Brothers Company for construction of the concrete structure thich features granite slate and marble pieces throughout the exterior and first floor interior spaces.

Before the construction of the Ames building, this site had been home to Harvard’s first President: Reverend Henry Dunster and was also located at the site of Boston’s first well. The streets surrounding the Ames Building were originally known as Council Street, King Street, and Queen Street. These street names later changed to Washington Street, State Court, and Court Street, demonstrating the rejection of Great Britain.

With the exception of the steeple of the Church of the Covenant, this was known as the tallest building in Boston for many years owing to laws which made it illegal to construct taller buildings for a number of years. Another important feature of this building is its Romanesque Byzantine architecture. The building includes arched structures, mosaics, and many tall windows that provided natural light.

The Ames family was in charge of the management of many companies and eventually moved the corporate headquarters to Pennsylvania. Ames continues to produce shovels in addition to modern tools for the construction industry. The building is now home to a boutique hotel with a redesigned interior. One of the signature suites is named after legendary Boston hockey star Bobby Orr who was so moved by the honor that he donated some personal items which can be found on the 14th floor of the hotel.

It is open twenty-four hours a day (since it is a hotel).