The triangular shape of this 1905 brick building resembles the Flatiron Building in New York City. Pullman's version, a load-bearing masonry structure designed by the local architect William Swain, fans out to meet two street grids overlapping in the city center. The prow of the building, on the southeast comer of Main Street and Grand Avenue, has provided a notable gateway to downtown Pullman for more than a century. 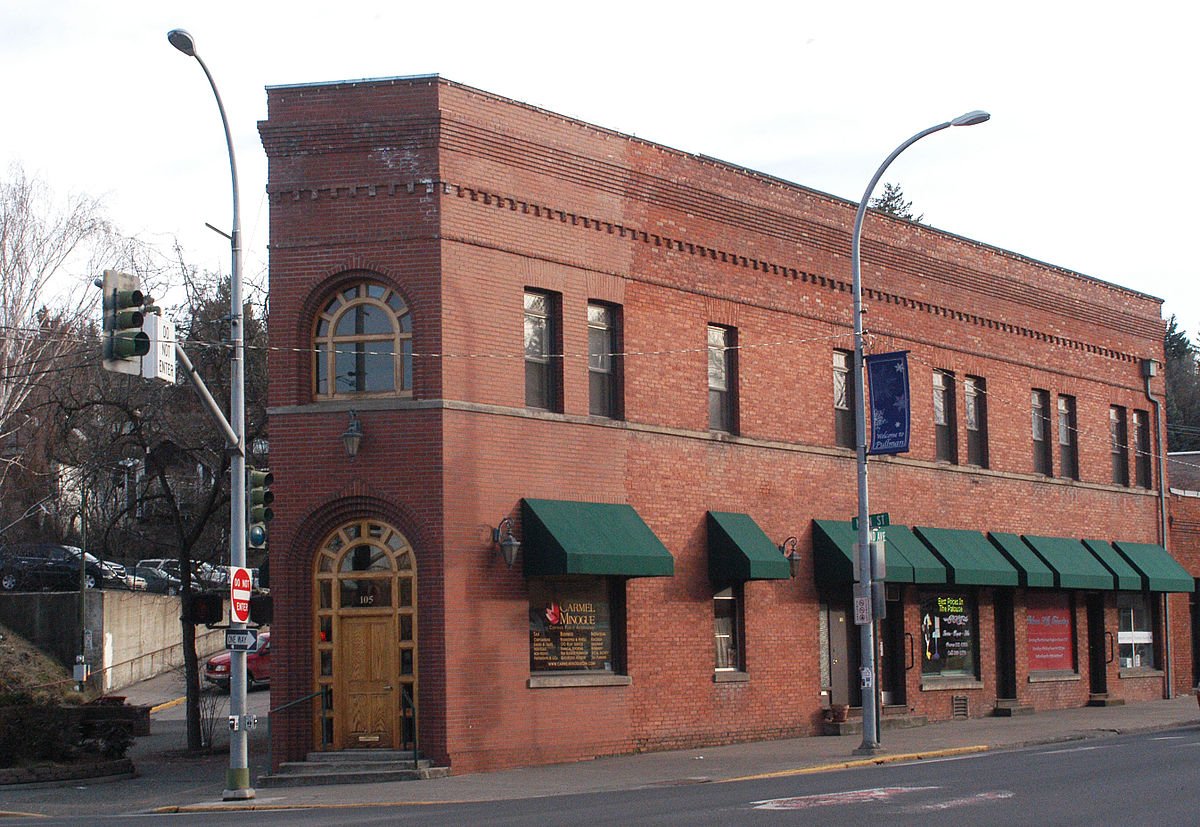 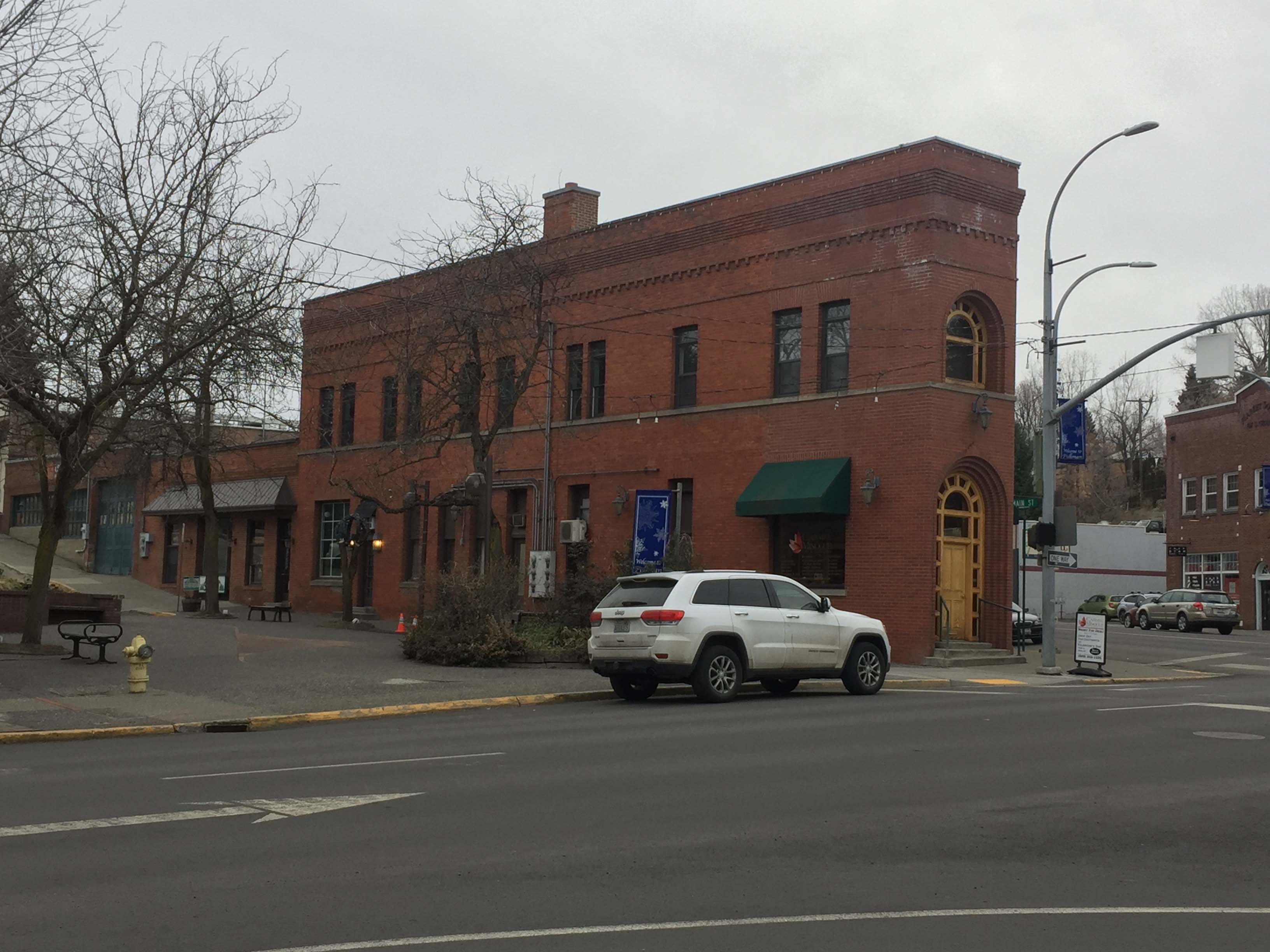 A parade procession heading down Main Street with the Artesian Hotel and the Flatiron Building (middle) in the background. Taken by Artopho Studios in 1912. Courtesy WSU Special Collections. http://content.libraries.wsu.edu/cdm/singleitem/collection/pul 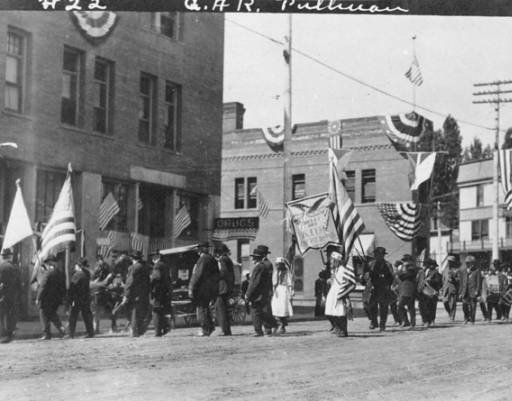 The Pullman Flatiron Building was built in 1904 and designed by William Swain (1856–1934), a well-known Pullman architect who has several buildings on the National Register of Historic Places. Swain was born in England in 1856 and immigrated to the United States at age 18.1 He settled in Duluth, Minnesota, and became a successful carpenter before deciding to study architecture, which launched his long career in the field. Swain married Penelope Bates, also from England, in Duluth in 1885 and they moved to Pullman in 1891.2 In addition to his work as an architect, Swain also served in public office, as city clerk, city treasurer, and a justice of the peace.3

The Pullman Flatiron Building was built to fit the city’s only triangular lot, which faces Main Street. The lot was originally a hitching spot for horses and wagons and the building was to house the offices of Grain Companies, Pullman Savings and Loan, and Farmers State Bank. Over the years, numerous businesses and offices have occupied the building, and there are several businesses now on the ground floor.

The Flatiron building has survived a number of near-disasters over the course of its long history. Pullman was flooded in 1910, and though water came up to the front door, the building was not seriously damaged. There were other floods in 1948, 1972, and 1979, and the building withstood them all. The most serious damage occurred in 1994, when a runaway front-end loader struck the front corner of the building, knocking out roughly one-fourth of the structure. It was rebuilt using some of the intact bricks salvaged from the rubble. Aside from the noticeable difference in appearance of the front corner, the Flatiron Building remains largely as it was built in 1904.