The second-oldest building on the Washington State’s campus, Stevens Hall was built in 1895 and 1896. The building is a women’s residence hall and was named for Isaac Stevens, the first territorial governor of Washington. Stevens Hall is listed on the National Register of Historic Places and is the oldest operating residence hall west of the Mississippi. 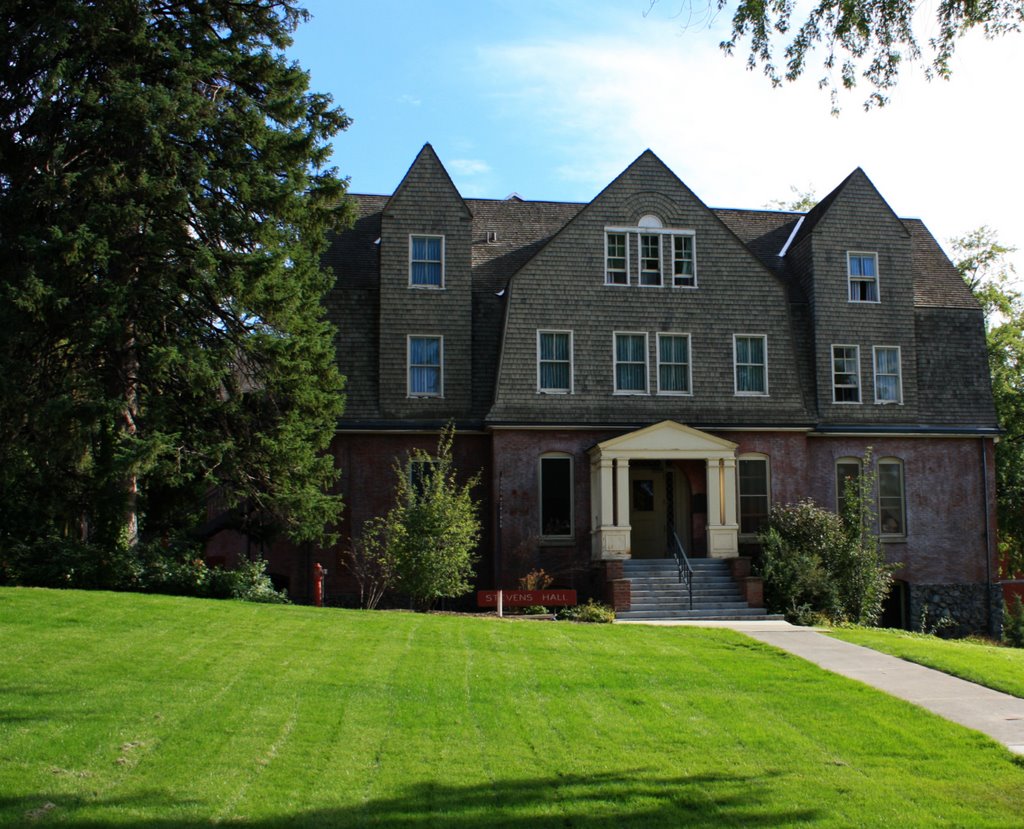 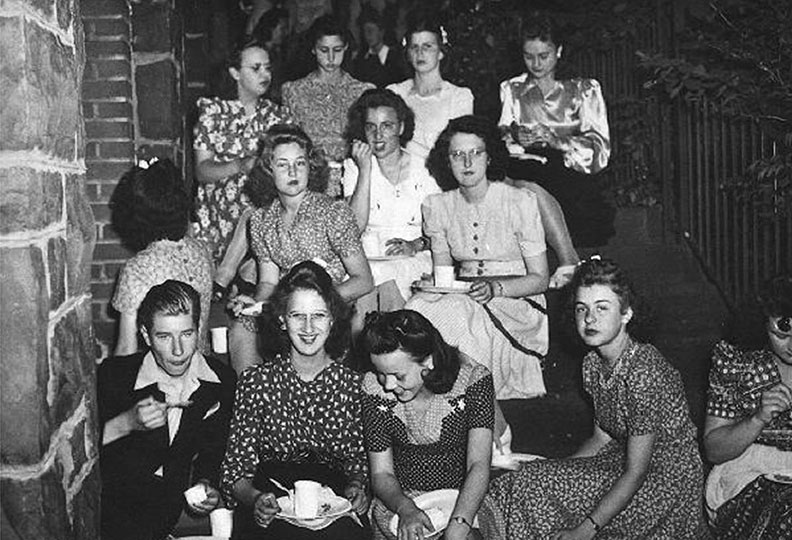 Stevens Hall, a women’s residence hall, is the second-oldest building on the Washington State campus. It was built in 1895 and 1896 and has been in continuous ever since, aside from a year-long closure in the 1950s for remodeling.

In its early years, Stevens was the social center of the campus, and hosted numerous dinners, receptions, and events for visiting state officials. Stevens is known for its tradition of afternoon tea, which is apparently nearly as old as the building itself. In the building’s foyer are numerous glass cases containing dozens of tea cups, many of which were donated by former Stevens residents. It’s customary among former residents to donate cups following major life events, like a marriage or the birth of a child.

In addition to its teacups, Stevens also holds numerous other reminders of the building’s long history. Stevens is home to a baby grand piano which was donated in the early 1900s with the stipulation that it never be used to play jazz. The building also contains a hand-carved grandfather clock, a gift to Stevens by male students from Old Ferry Hall in the 1800s as an apology for a “panty raid” which resulted in the destruction of some of the Stevens furniture.  And like more than a few college residence halls across the country, Stevens is also said to be home to a ghost.

The building is listed on the National Register of Historic Places.