The Price/Wheeler, named for its two owners -- a local businessman and a U.S. Senator, is the city's first fully-developed classical revival house, inspired by Chicago's 1892 World's Columbian Exposition. It stands as a reminder of that architectural transition and provides insight into the lives of those who lived in Springfield during the early twentieth century, especially its first two residents. 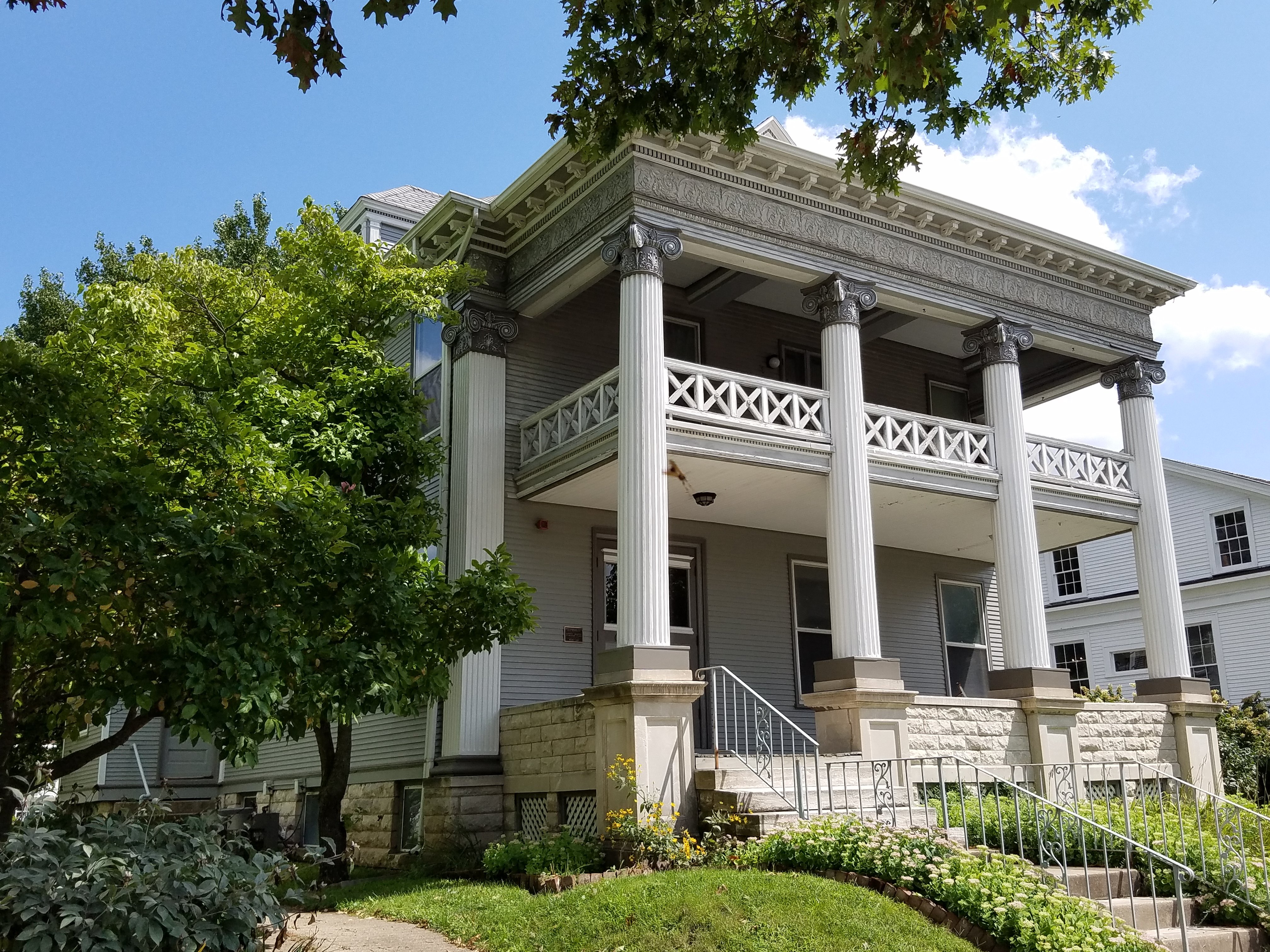 The Price/Wheeler house is the city's first fully-developed classical revival house to be built after (and inspired by) the influential architecture found at the World's Columbian Exposition of 1893 in Chicago.
Springfield's classical revival period arrived later than what was found in bigger cities, such as Chicago and New York, occurring after the turn of the twentieth century. In fact, by 1900, several pre-Civil War classical buildings remained standing in Illinois' capital city and vicinity.  Even the buildings constructed during the 1890s adhered to older styles such as Romanesque revival, Queen Anne or shingle. The Price/Wheeling neo-classical style proved to be a striking contrast to that late nineteenth-century trend, and one that would influence other buildings projects for the decades that followed.
Clothing and tailoring entrepreneur, Isaiah Price, financed the building designed to be a part of the city's prestigious Aristocracy Hill. However, he died at the young age of 49, a mere two years after his mansion's completion. Upon discovering that he had been financially over-extended, his widow was forced to sell the house.
In 1904, Loren Wheeler, a former Springfield mayor, postmaster and, U.S. Congressman, paid nearly $9,000 for it at a time when neighboring houses were selling for $5,000 to $7,000. Wheeler served several terms in Congress and voted against declaring war against Germany during WWI. He also served as chairman of the Committee on Railways and Canals.  He died in 1932.
The house today looks much as it did during Wheeler's ownership of the mansion. It serves as a reminder of the city's architectural transition to revival-style buildings, but also as a monument to two significant Springfield figures.