The Boyd County War Memorial is a monument dedicated to the veterans within the county. It was chiseled out of granite and sits atop a concrete setting. The design is tiered so that there are two small slabs of granite on the sides that ascend to the middle slab. The middle slab displays the emblems of four branches of the US Military (Army, Navy, Marines, and Air Force). The smaller slabs on the sides provide a list of the names of veterans who have died serving in the forces and are sorted underneath a title of the conflict in which they were involved.

The full granite memorial with the United States flag and the Army, Navy, Marines, and Air Force flags. 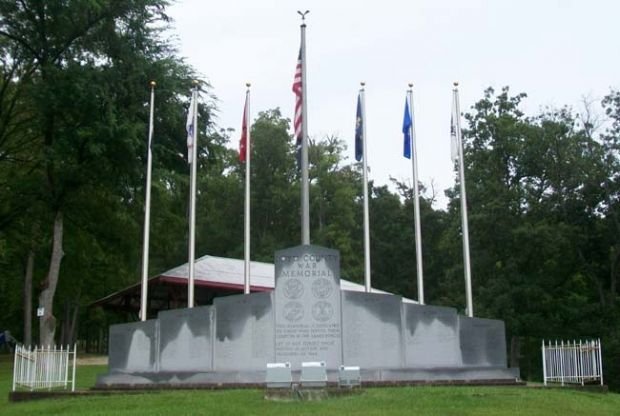 The front and center slab featuring the symbols of the Army, Navy, Marines, and Air Force. 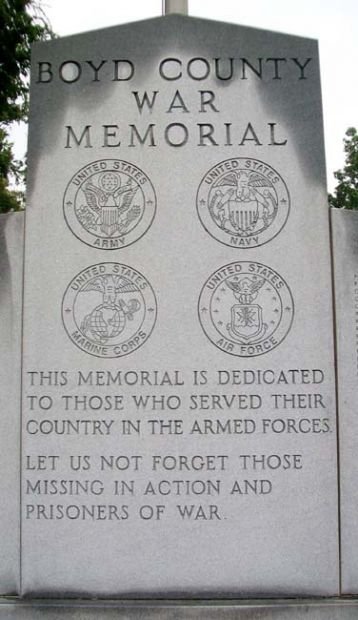 The Boyd County War Memorial Committee responsible for the monument's erection in 1992. 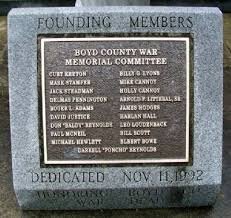 The M56 Scorpion tank added in 2009. These tanks were among the most popular during the Vietnam War, this one being a restored version of one manufactured by General Motors in the 1950s. 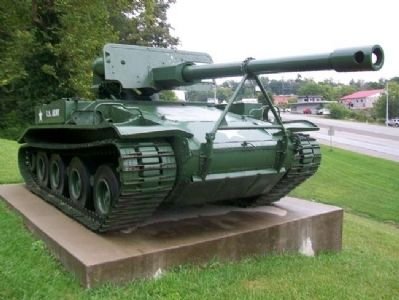 This Napoleon Cannon was added in 2010. It is an aluminum replica made to resemble the cannons that made up the artillery of both the Union and Confederate Armies during the Civil War. 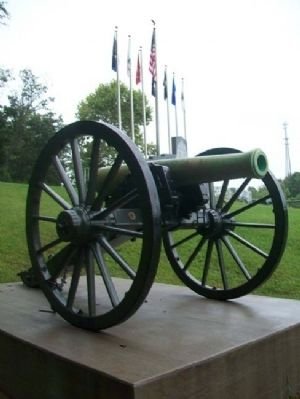 The list of Boyd County veterans who gave their life during World War I. 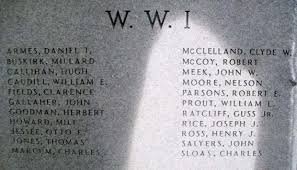 The list of Boyd County veterans who gave their life in the Vietnam War. 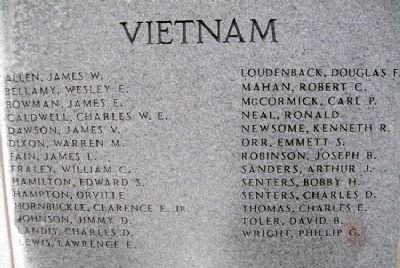 The list of Boyd County veterans who gave their life in the Korean War. 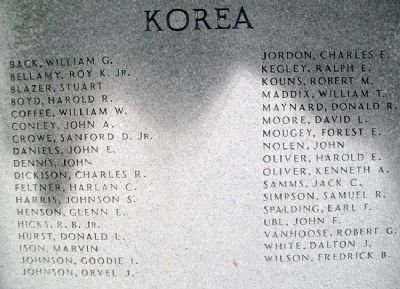 This monument was established on November 11, 1992 by the Boyd County War Memorial Committee. The committee came to an agreement to erect a monument for Veteran's Day that would honor the citizens of the county who have served in the US Military. The large granite slabs that make up the memorial list the conflicts of the 20th century as well as the names of all of the confirmed veterans from the county who died during the conflict. Behind the granite sculpture wave the flags of the branches of the US Military with the United States flag as the median between them.

The Cannonsburg Optimist Club has since raised money for additions to the monument. In 2009, an M56 Scorpion tank was put on display on a concrete slab just to the right of the monument. This tank was an authentic vehicle manufactured by General Motors and was restored by the Whayne Supply Company with aluminum plating in order to be put on display. The company responsible for the restoration removed the original Cadillac engine and transmission, which had been built in the 1950s.

A replica Napoleon Cannon has also since been added in 2010. The Cannonsburg Optimist Club managed to raise 12,000 dollars selling engraved bricks to veterans and families of veterans in order to fund the construction of this cannon. Steen Cannons created this replica made entirely of aluminum for longevity and display purposes. The Napoleon Cannon was the artillery of choice for both the Union and Confederates during the Civil War, which is why it was chosen for replication and display. This most recent addition to the memorial also expands the list of those honored to both Union and Confederate soldiers born in Boyd County.