The Borland-Clifford House was constructed ca. 1863 and is one of the oldest homes in Reno. 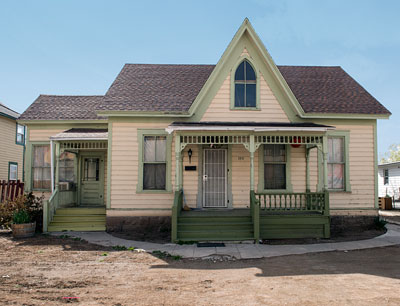 The Borland-Clifford House was built in approximately 1885 by James Borland, who owned the home until 1902. O.J. Clifford bought the home in 1907, and the property remained in the Clifford family until 1983.

In the 1870s, Reno was a bustling railroad town, thanks to the Transcontinental Railroad, which was completed in 1869. The Western Addition was one of the city's first residential neighborhoods, built to accommodate its growing population.

As the twentieth century progressed, railroads became less important to the local economy. Gambling and the easy availability of divorce changed Reno. The Western Addition was no longer a quiet, tree-lined residential neighborhood, and many of the old nineteenth-century homes were demolished. The Borland-Clifford home is one of the remaining homes from the nineteenth century.