Noble Hall is a historic plantation house built in 1854 by Addison Frazer its first owner. The plantation was 2,000 acres in size; 100 slaves worked the fields (and also helped build the house). The house is a good example of Greek Revival architecture, featuring a cantilevered balcony and four Ionic columnns on the front side. It was added to the National Register of Historic Places in 1972.

Noble Hall was built in 1854 by Addison Frazer, its first owner. 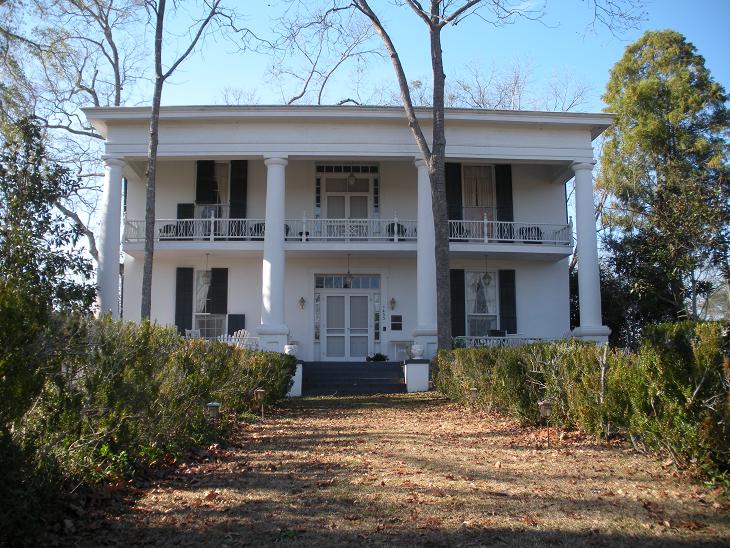 During the Civil War, the house was used to treat wounded Confederate soldiers and fortunately it was not damaged. The Frazer family lived in the house until 1922. In 1932, a man named J.V. Brown bought it. It was sold once again in 1941 to Luther Noble Duncan, the president of Alabama Polytechnic Institute, what is now Auburn University. His daughter, Elizabeth Pearson, inherited the home in 1951. It is unclear who resides in it today.