The Old Wilkes Jail was built in 1859. This historical landmark still stands intact today in Wilkesboro, North Carolina. The Old Wilkes Jail served as a place to hold prisoners during the Civil War and is famous for successfully imprisoning the "escape artist" Otto Wood, as well as Tom Dula. Today the old jail serves as part of the Wilkes Heritage Museum, where people can take tours and visit the site. It has been restored and is made to look the way it did in its original form.

Front of the Old Wilkes Jail 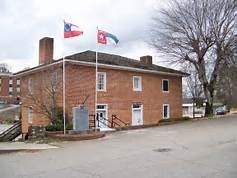 The back of the jail, you can see the original iron bars on the windows. 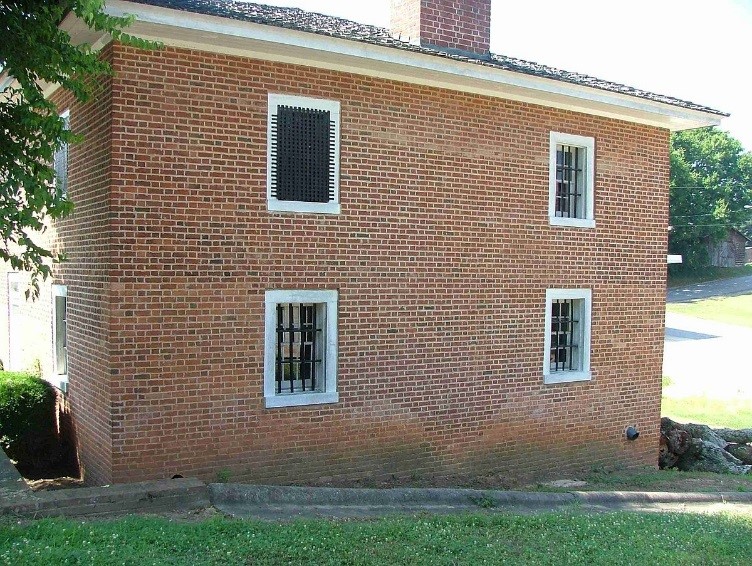 The Old Wilkes Jail served as a jail up until 1915, when it was sold. When the jail was sold it was converted into apartments and living spaces. Almost 53 years later, the building was scheduled to be torn down. When a nonprofit in Wilkesboro, NC heard that the building was going to be torn down, they stepped in and bought the property. Work began to rehabilitate the property, and it was turned back into its original design and layout as a jail.

While it is a restored structure, the Old Wilkes Jail still retains some of its original materials. The windows remain the same from Civil War times and have the iron bolts that kept the prisoners from breaking out. A lot of the original wood was preserved, as well as the doors that have nails intact that kept the prisoners from cutting through the door. It is certainly different from how jails or prisons are set up today, which shows how security, space, and change has occurred in the criminal justice system over time.

Wilkesboro is located about 30 miles from Boone, NC. This historical site is included as part of the Wilkes Heritage Museum and gains a lot of attention from museum goers. The museum and Old Wilkes Jail are open Tuesday through Saturday from 10:00 am to 4:00 pm.

Many people may not know about the Old Wilkes Jail, but the museum opens the door to bring more attention to the jail.