Listed on the National Register of Historic Places, this handsome building was constructed in 1915 to be the residence of the university president. Architect Joseph Hudnut designed the mansion in the Neo-Classical style. As such, it features a two-story portico with four Ionic columnns and other classical motifs. The building is named after Katherine C. Cater, who served as Dean of Women and Social Director from 1946-1976, and then Director of Student Life until 1980. Her residence and office were both located in the building, which became known as the Social Center in 1938. Today, the building houses the Honors College. Cater was a positive driving force and important role model for the campus community during her tenure. She advocated for the development of programs for women on campus and helped many women achieve their future professional goals. She also served on a number of committees including the Women's Disciplinary Committee, Lecture and Concert Committee, and Social Life Committee. Cater also hosted many events at the Social Center including teas, receptions and an annual Christmas party.

Cater Hall was built in 1915 and was originally the residence of the university president until 1938, when it became the social and administrative center for female students. 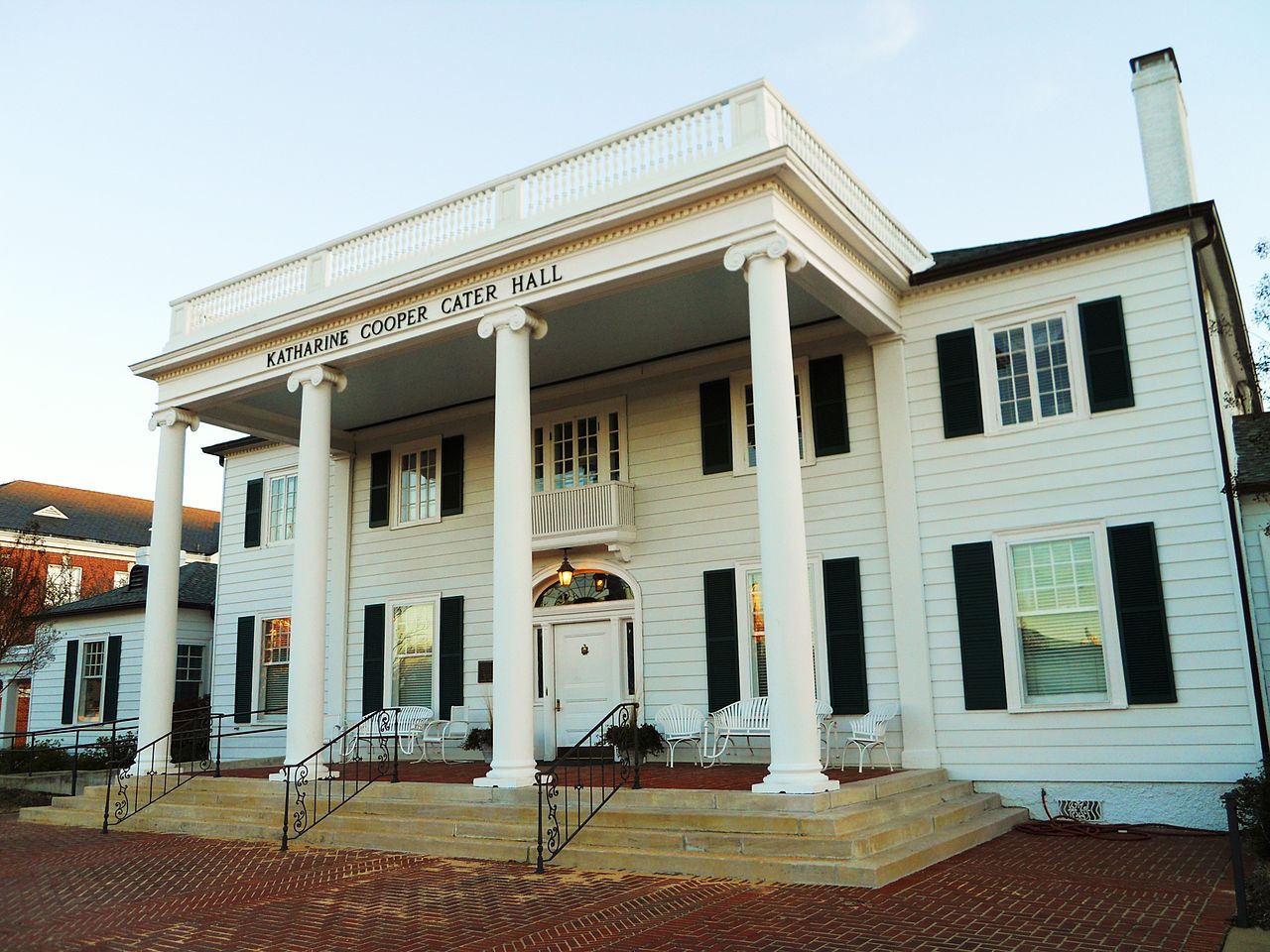 Four presidents and their families lived in the mansion until 1938, when a new residence was built. A new women's dorm was built nearby that year and the former residence became the dorm's social center. Its purpose soon evolved to become the university's administrative and social hub for women. In the 1970s the building was remodeled to house various administrative offices and in 1980 was renamed after Cater.