Asbury United Methodist dates back to 1803, when seven free African Americans purchased land from Smith Price. This group attracted other people of faith who worshiped in a small wooden building until, 1838 when the congregation built their first brick church. That modest structure was later was replaced with a three-story brick church in 1880’s. The historic church is working to create a small museum to include exhibits of significant artifacts, documents, and photographs. 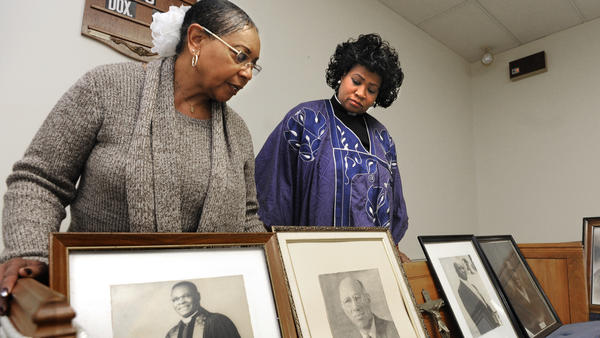 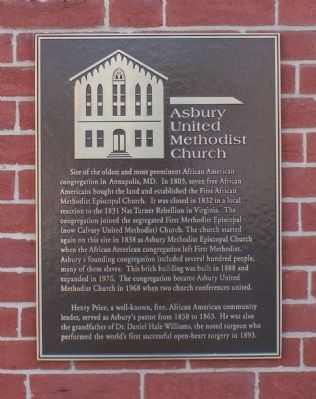 Following the response of white Virginians to Nat Turner's Rebellion in 1831, the church closed its doors in 1832. The congregation later joined with First Methodist Episcopal Church in 1838. In  that year, the congregation contracted with Charles Shorter to build this structure-an imposing three-story building which still stands today. Shorts also became the first superintendent of Sunday school for the church. The congregation recently remodeled the sanctuary and believes to have discovered some of the original wood interior that dates back to 1838. A room located on the third floor of the current church holds artifacts and documents that date back to the mid-19th century.