This historic fort was used for almost a century, from the Gold Rush to World War II. Its architecture is based on the brick masonry used often during the Civil War era. Within this building, one can notice the beauty and strength of the architecture with the arched casemates matched with the ability to mount over 100 cannons. However, improvements in cannons made the fort nearly obsolete. The cannons were eventually moved out in 1900, but it was used for training for years after. Besides its typical military purposes, it also served as a base of operations during the construction of the Golden Gate. The fort is both a California Historical Landmark and listed on the National Register of Historic Places. It is the only fort of its kind (of a type of military architecture called the Third Style military developed in the 1820s) built west of the Mississippi River. It is well preserved and still an impressive sight today.

Fort Point was built between 1853-1861 in response to San Francisco's increased importance as an economic center after gold was found in 1848, starting the period that would become known as the Gold Rush (1848-1855). 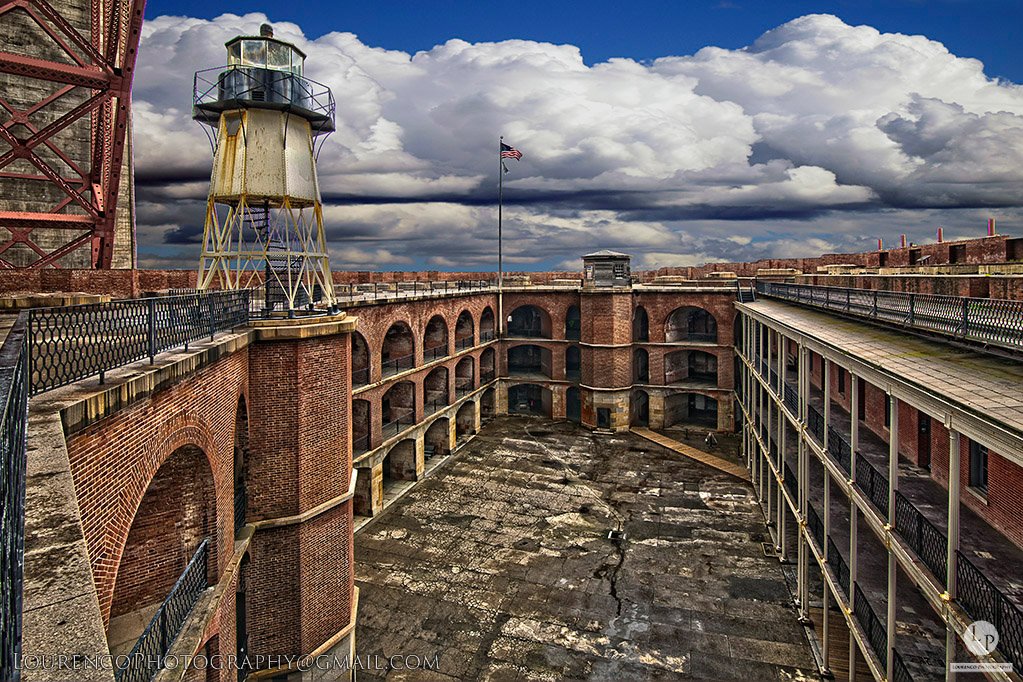 The fort features three tiers with arched casements where cannons were installed. The top level had places for guns as well. Although there was room for 141 cannons, only 55 and 11 mortars were ever in place at one time. 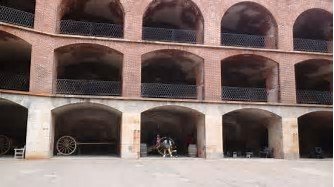 Troops in training during the Civil War at Fort Point. 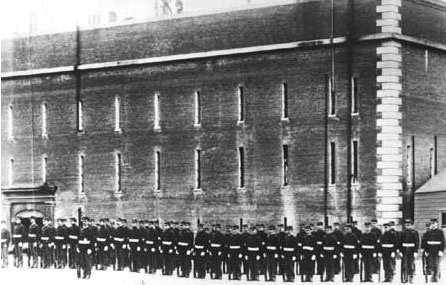 The fort as seen from the Golden Gate Bridge. The fort was saved from demolition thanks for the arched design of the bridge. Photo Credit: MJ, via Wikimedia Commons. 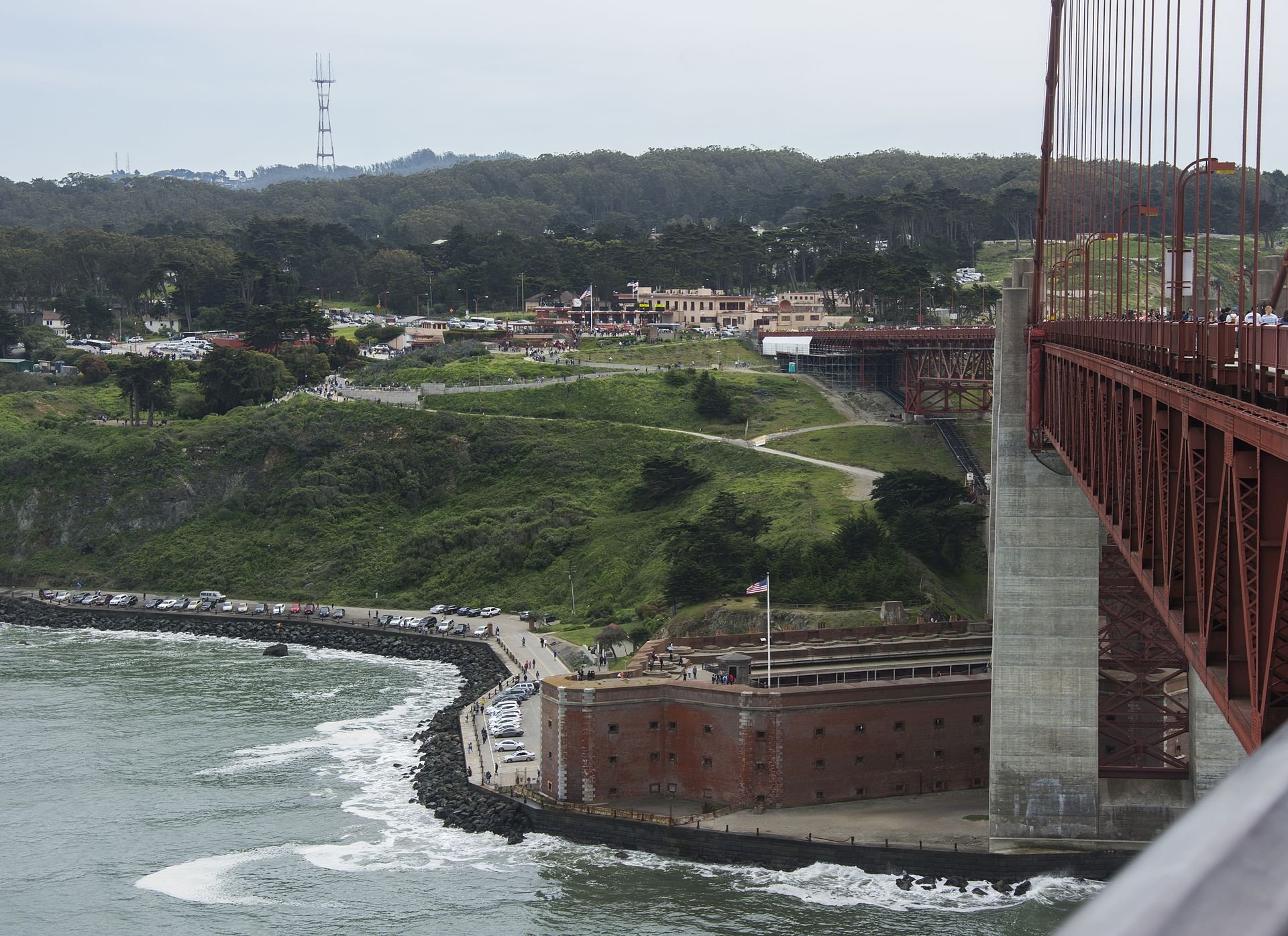 The Gold Rush (1848-1855) in California made San Francisco a key city for trade and commerce. In order to protect the city, the U.S. Army of Engineers planned to erect a series of defensive installations here at the Golden Gate and on other parts of the bay including Alcatraz island. The British reinforcement of Vancouver Island during the early part of the Civil War was another factor that spurred the fort's development (there were fears that the British would try to take control of California).

The war demonstrated that the fort's brick structure and high walls were no match for improved cannon technology (rifled guns). As a result, its worth as a fort was greatly diminished. That said, the army still used it for a variety of purposes including as army barracks, housing for single military officers, and trade schools. During World War II, the fort was used to guard the entrance to San Francisco Bay from submarine incursions. It was also at this time that efforts to preserve the fort began. It took a long time for the fort to be protected, however. It became a national historic site in 1970.