The LMU sign was constructed in 1925 by Charlie J. Smith, a contractor from Cumberland Gap, Tennessee. Smith also was in charge of constructing the Spring House and the Amphitheater in the summers of 1936 and 1937, respectively.

The LMU letters as they appear today below the President's House. 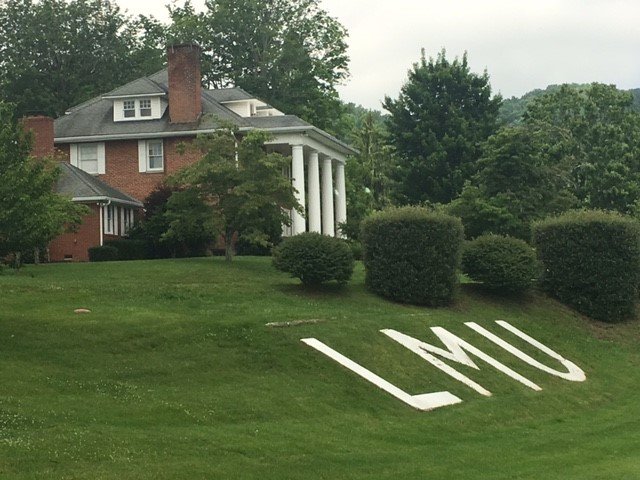