The House of the Seven Gables

The House of the Seven Gables was originally built in 1668 for John Turner and his family. Turner was a wealthy merchant and ship-owner. The large home was added to, renovated, and eventually restored to its perceived original form. It was added to the National Register of Historic Places in 2007. The home is sometimes referred to as the Turner-Ingersoll Mansion for its former occupants. It is best known as the site of Nathaniel Hawthorne’s classic 1851 novel, The House of the Seven Gables. Today, it is open as a historic house and museum.

The House of the Seven Gables (Photo courtesy of Roadtrippers.com)

Floor Plan of the House of the Seven Gables (Photo courtesy of Mr. Rizer's Continuing Travels) 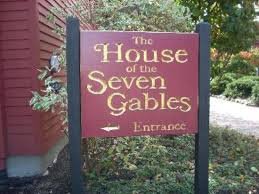 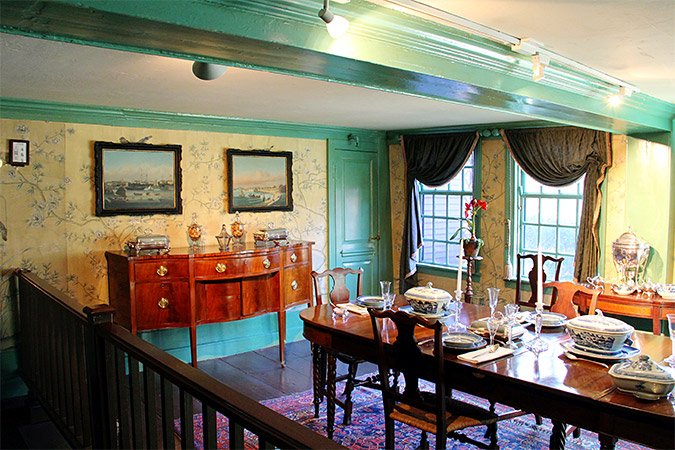 Besides being the setting for the classic 1851 novel, The House of the Seven Gables, by Nathaniel Hawthorne, the house located at 115 Derby Street in Salem, Massachusetts is also believed to be the oldest surviving 17th century wooden mansion in New England. The house is also known as the Turner-Ingersoll Mansion. It was built by John Turner in 1668. Originally, the structure consisted of two floors, with two rooms on each side of a central fireplace. He made two additions to the home before he died in 1680. The elaborate ell was added to the home during Turner’s lifetime. It includes “grand portions, high ceilings, and enormous windows.”[1]

The property was passed down to Turner’s son, John Turner II, who updated many of the features of the home. Particularly, he added wooden paneling to the parlor and other social areas. In 1782, a wealthy ship-captain named Samuel Ingersoll purchased this home. He also made many renovations to the home while he was living there. Ingersoll removed three of the original seven gables to give the home more of a Federal-style appearance, which was the fashionable architectural trend of the time. After his death, his daughter Susanna inherited the home. She was also a very successful businesswoman. Her cousin, Nathaniel Hawthorne, visited her often. The home inspired him to write his best-selling classic novel aptly titled, The House of the Seven Gables. The Ingersoll home was passed down to the third generation when Ms. Ingersoll’s adopted son inherited it. Unfortunately, he lost it to creditors in 1879. For several years after, it was maintained by absentee landlords. Finally, the Upton family purchased the grand home in 1883. Mr. Upton was a musician who offered lessons around Salem. They were the first family to open the home up for tours. At the end of the tours, visitors could purchase a “Witch Cup” hand-painted by the home’s resident artist, Mrs. Ida Upton. The cups are commonly described as “the first typical souvenir in the world.”[2]

The Upton family eventually sold the home to a philanthropist and preservationist named Caroline Emmerton. Ms. Emmerton founded The House of the Seven Gables Settlement Association. The association’s mission was to help immigrant families who were re-settling in the Salem area in the early part of the twentieth century. Emmerton also worked with a Colonial Revivalist architect named Joseph Everett Chandler to restore the 240-year-old home to its original 17th century appearance. They replaced the four gables, the central chimney, and added the “secret staircase.” Some of the renovations represented features described by Hawthorne in his well-known novel. During the restoration, they also constructed Hepzibah Pyncheon’s Cent Shop on the first floor, a fictional shop imagined by Hawthorne. It never actually operated, or even existed, inside the home until the renovation was completed.

The home re-opened for tours in 1910. Emmerton used the proceeds from tours of the home to finance the settlement associations’ goals. On the tour of the House of the Seven Gables, visitors will be able to see the 18th century granite sea wall and two seaside Colonial Revival Gardens. The museum has more than 2,000 artifacts and objects on display, as well as more than 40 framed works, 500 photographs and glass plate negatives. There are over fifty volumes in its rare book library. The House of the Seven Gables is open daily for tours, with a few exceptions during the winter months and for holidays. Hours are listed on their website (a link is provided below).