This stone monument was built on the Lincoln Memorial University campus as part of the college's efforts to commemorate the Lincoln Tercentenary, a 1937 celebration of the first member of the Lincoln family to arrive in the United States three centuries prior.

The cairn as it appears today. 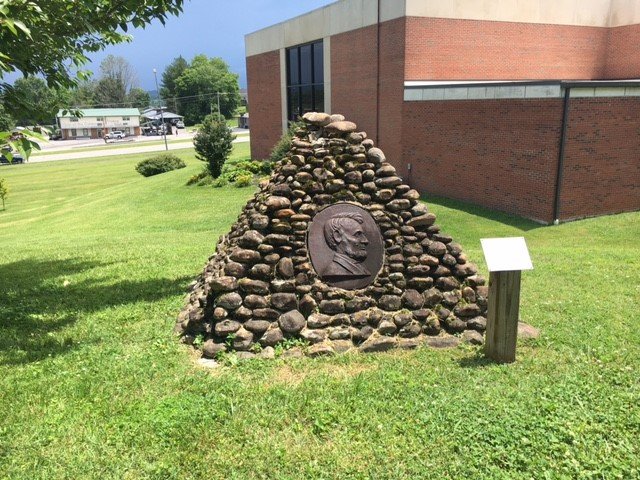 The cairn was placed thanks to the life savings of Henry Gaylord Buckingham, a country doctor from Clayton, New Jersey, and his wife, Elizabeth. It was gifted to the students of Lincoln Memorial University, to continue their "thirst for knowledge."

The first Lincoln ancestor to arrive in the United States was Samuel Lincoln, who landed in Boston on June 20, 1637. The celebration also commemorated the passage of Abraham Lincoln's family through the Cumberland Gap in 1780. The Lincoln family eventually settled in Kentucky. Abraham Lincoln would later be born in Hardin County, Kentucky, on February 12, 1809.