Completed in 1938 with funding from the federal government's Public Works Administration, this historic theater has been restored and serves as the area's premiere center for the performing arts. When the building opened, it was the first in the city to offer modern ir conditioning with temperature and humidity control. In addition to serving as the city's third downtown movie palace, it held the city's offices until 1968. In 1976, the city's office of parks and recreation and the Arts Council of Tuscaloosa began the process of converting the old movie palace into a venue for the performing arts.

The interior has been restored to match many aspects of its original appearance, including the clouds and twinkling lights on the ceiling. 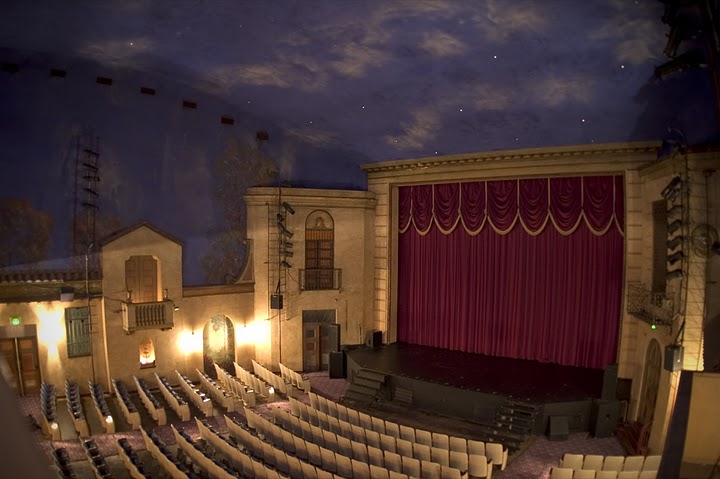 The theater was one of the last grand movie palaces built in the South. The interior mixed classic and modern styles, and created an atmospheric effect by painting clouds on the ceiling along with twinkling lights that appear as stars when the theater's lights are dimmed. The theater's first public event was a screening of Cary Grant and Katherine Hepburn's blockbuster film Million Dollar Baby.