Listed on the National Register of Historic Places, Booker T. Washington High School was the first Black public high school in Atlanta. It was built in 1924 and named in honor of one of the early 20th century African American leaders, Booker T. Washington, the founder the Tuskegee Institute, a historically Black college (it is now Tuskegee University). Since its inception, the high school has been an important cultural institution in Atlanta and produced many future leaders in the African American community.

The statue of Washington stands in front of the high school's main entrance. 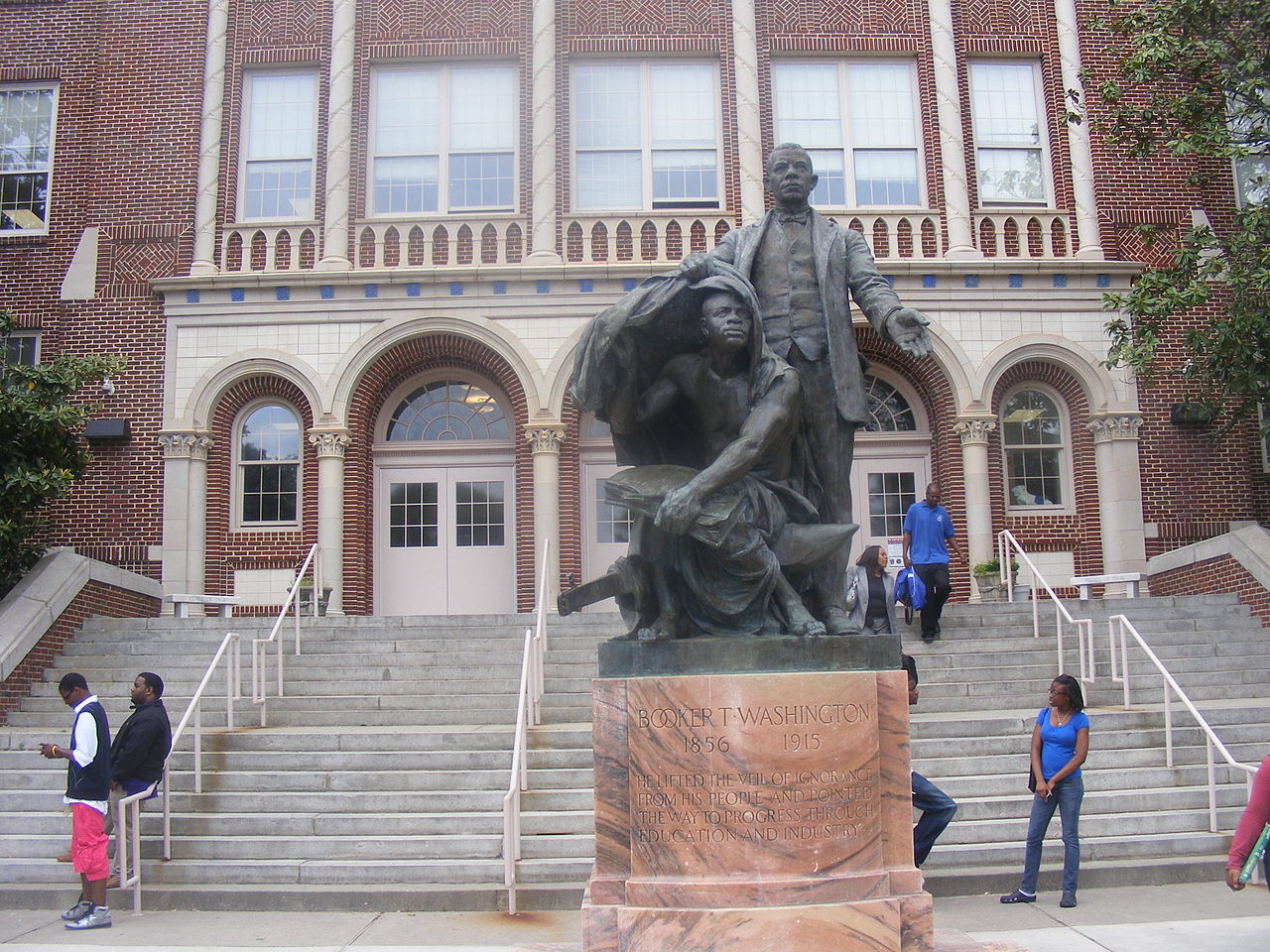 The architecture is significant as well. The building was designed by Eugene C. Wachendorff in the medieval style. Its main entrance consists of five arched doorways with Venetian-style columnns. The building has been expanded over the years from its original size. Also of note is the statue at the base of the stairs. Created by artist Charles Keck, it depicts Booker T. Washington "lifting the veil of ignorance" off another African American man. It is the only replica of the original statue located at Tuskegee University.